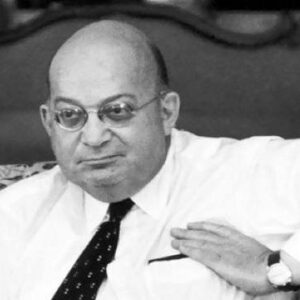 More Facts of A. J. Liebling

American writer A. J. Liebling was well-known for his extended collaboration with “The New Yorker.” He is remembered for his many quotations and aphorisms, including “Freedom of the press is guaranteed only to those who own one,” “People everywhere confuse what they read in newspapers with news,” and “I can write better than anybody who can write faster, and I can write faster than anybody who can write better.” He is regarded as one of the most innovative journalists of his time. He was raised in New York City in a wealthy family and showed an early interest in writing. He left Dartmouth College early due to his rebellious and independent nature and enrolled in Columbia University’s School of Journalism instead. After graduating, he started working as a journalist for the “New York Times,” where he later claimed to have been sacked. Before restarting his journalism profession, he spent a year studying French medieval literature at the Sorbonne in Paris at his father’s suggestion. During World War II, he was a war correspondent who reported on numerous tales from France, England, and Africa. After the war, he went back to his usual job and wrote a lot about things like sports, cuisine, and alcohol.

Abbott Joseph “A. J.” Liebling was born into a prosperous family on October 18, 1904, in New York City. His father, an Austrian Jew who immigrated to the United States, was indigent. He established himself as a successful furrier and wed a San Francisco girl from a Jewish household.

Joe, as A. J. Liebling wanted to be called, enrolled in Dartmouth College in the fall of 1920 after finishing his primary schooling. He contributed frequently to the Jack-O-Lantern, a renowned humor publication from Dartmouth. He departed Dartmouth, though, without earning a degree. He then started attending Columbia University’s School of Journalism.

A. J. Liebling started out as a journalist for the Providence, Rhode Island-based “Evening Bulletin.” He also briefly worked for the “New York Times,” in the sports section; he was allegedly sacked from this position.

His father wanted Liebling to spend a year studying in Paris. As a result, Liebling put his journalism career on hold in 1926 and set the ship for Europe to study French medieval literature at the Sorbonne in Paris. Once there, he became quite interested in French culture, particularly the food and drink.

In 1927, he came back to the United States and started contributing to the Journal. Following that, he relocated to New York and made an effort to land a job at Joseph Pulitzer’s “New York World.” He contributed articles to the “World” in 1930–1931 and the “World Telegram” in 1931–1935. He also got married during this time, however, it wasn’t a joyful marriage.

A. J. Liebling began working for Harold Ross’s “The New Yorker” in 1935, and he remained there until his passing several years later. He was assigned to Paris as a war correspondent after World War II began. Over the course of the war, he also traveled to Africa and England and reported on a variety of stories. The Road Back to Paris, a collection of his wartime writings (1944).

He went back to his usual journalism after the war. He evaluated the American press in a monthly series called “Wayward Press” for “The New Yorker” for numerous years. He was an enthusiastic foodie, a major fan of horse racing, and a big fan of sports like boxing. Some of the subjects he regularly wrote about were these.

As a well-known worldwide journalist, Liebling received praise for his work as a war correspondent during World War II. In 1940, he chronicled the first fights in Paris, and in 1941, he traveled to Britain to cover the events there. In order to cover the action on the Tunisian front, he then traveled to Algeria in 1942.

The French government honored A. J. Liebling with the Cross of the Légion d’honneur for his coverage of World War II.

He wed Ann Beatrice McGinn, a former ticket seller for movie theaters, in 1934. His wife, who was born into an orphanage, suffered from schizophrenia or manic depression, which led to her experiencing hallucinations and inducing fugue states. They both had affairs during their marriage, which finally resulted in divorce.

In 1949, he wed Lucille Spectorsky, the former spouse of Auguste Comte Spectorsky. This marriage also ended in divorce because it was miserable.
He got married to writer Jean Stafford for the third time.

He had a number of health issues as a result of his excessive love of food. He developed bronchopneumonia and passed away on December 28, 1963, at the age of 59.

In 1995, the Boxing Writers Association of America established the A.J. Liebling Award. Sam Lacy and Shirley Povich, two seasoned sportswriters from Washington, D.C., were among the first group of recipients.
Sports Illustrated named “The Sweet Science,” a compilation of Liebling’s pieces on boxing, the greatest sports book of all time in 2002.

The Library of America issued a book of Liebling’s essays on World War II. The collection included his uncollected war reportage as well as articles like “The Road Back to Paris,” “Mollie and Other War Pieces,” and “Normandy Revisited.”
William “Bill” Heinz, a journalist and sportswriter, named Liebling as the best essayist.

Since Liebling first referred to Chicago as the “Second City,” the moniker has stuck.
The Library of America chose Liebling’s tale, “The Case of the Scattered Dutchman,” to be featured in its two-century retrospective of American true crime writing in 2008.

AJ is among the wealthiest and most well-known journalists. Our study of AJ Liebling’s net worth from sources like Wikipedia, Forbes, and Business Insider indicates that it is about $1.5 million.