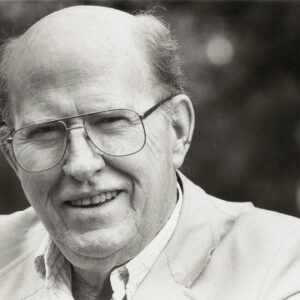 More Facts of A. R. Ammons

Archie Randolph Ammons, better known as A. R. Ammons, was a multi-award winning American poet recognized for his writings describing the glories of nature and humanity’s intricate and often tragic connections with the natural forces. He was regarded as a prominent poet in the history of American literature, a fact that astonished him for a long time. He never wrote for the sake of fame or wealth; instead, he wrote for the joy of poetry. His writings, however, were so poignant and thought-provoking that fame and acclaim became unavoidable. Even though his writings were highly affected by those of the great poet Ralph Waldo Emerson, who himself never followed any set tradition, he never felt the need to conform to any established genre as a poet. Ammons had a passion for writing since he was a child, and his writings reflected his experiences growing up on a cotton and tobacco farm. Despite his exceptional talent, he struggled to achieve success. Over the course of five years, his first book barely sold 16 copies! He had to wait ten years and go through a lot of hardships before he could taste success. Today, literary experts consider him to be one of America’s best nature poets.

He was born in North Carolina to Willie and Lucy Della McKee Ammons. Growing up on a cotton and tobacco farm, he stayed in the same spot throughout his boyhood. He was one of his parents’ three surviving children.
Whiteville High School was his alma mater, and he graduated in 1943.

A Career of A. R. Ammons

At World War II, he was a Navy destroyer stationed on board the USS Gunason, and it was during this time that he began writing poems. After the war, he resumed his study at Wake Forest University, where he majored in biology and graduated in 1949.

He went on to earn an M.A. in English from the University of California after graduation. After that, he obtained a post at Hattaras Elementary School as a teacher and principal.

In 1955, he self-published his first book of poetry, ‘Ommateum,’ and paid for it with his own money. His book sold only 16 copies over the next five years, so it wasn’t exactly a dream debut for him.

In 1964, he joined the Cornell University faculty, where he remained for the rest of his career. In 1998, he retired as the Goldwin Smith Professor of English and Poet in Residence.

In 1964, he wrote ‘Expressions of Water Level,’ a collection of poems in which he depicted the sea as having a form while being formless, as constant yet transitory. This book was a huge success, and he became famous virtually instantly.

By the late 1960s, he had begun to achieve recognition, so he released a compilation of his poetry as a book. In 1972, he published ‘Collected Poems, 1951-1971.’ The poems in this book give a good idea of how he described nature and humanity in his poetic approach.

In 1972, he wrote the poem ‘Tape for the Turn of the Year.’ Ammons had written the poem on a lengthy roll of adding machine paper without revising it, so it was an experimental poetry.

His poem ‘Sphere’ was published in 1974. The poem displays his individuality and refusal to follow any set of rules when it comes to poetry. He utilized the colon as an all-purpose punctuation symbol throughout the poem, even replacing the period. He also used upper and lower case alphabets in unusual ways.

As a poet, he had a rather unique writing style. While some of his poems were extremely long, others were quite brief, only two or three lines long. ‘A Coast of Trees,’ published in 1981, was a collection of shorter poems, some of which are considered among his greatest.

He extended the idea of transcendental unity in ‘Sumerian Vistas,’ published in 1988, by investigating the beginning and close, time and flux, the personal and the nonpersonal, and the holy and profane.

‘Garbage’ (1993), one of his most renowned poems, is about ideality and examines the idea that all kinds of life—not just human beings—are a part of an ultimate truth.

‘Brink Road,’ a collection of almost 150 poems published in 1996, is mostly about nature. The poems use short, unrhymed stanzas to vividly express natural phenomena. ‘Glare,’ a long poem composed in 1997, was the poet’s final work.

Major Projects of A. R. Ammons

His novel ‘Sphere’ is widely regarded as his masterpiece. The sphere in question in this poem is the earth itself, and the poet talks on everything from galaxies to petrol stations. The novel received widespread critical acclaim and is widely recognized as his best work.

He met Phyllis, a Spanish teacher at Wake Forest, and they married in 1949. Until Ammons’ death, the couple remained blissfully married.At the age of 75, he died of cancer in 2001.

AR is one of the wealthiest poets and one of the most well-known. AR Ammons net worth is estimated to be $1.5 million, according to Wikipedia, Forbes, and Business Insider.