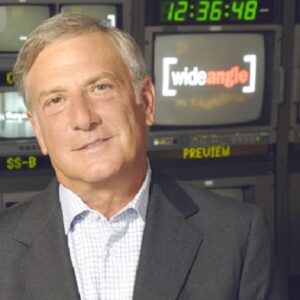 Aaron Brown is an award-winning American broadcast journalist who is best known for his coverage of the September 11, 2001 terrorist attacks. The senior journalist’s first assignment for CNN was to cover the terrorist strikes. Prior to joining CNN, he worked for ABC in a variety of capacities, including as a reporter for Peter Jennings’ ‘World News Tonight.’ He was born into a Jewish family in Hopkins and grew up to be a wayward boy who, at a young age, set his sights on a career as a journalist. He established his own newspaper when he was 10 years old, and he was convinced that he would achieve his career ambitions one day. He had incredible self-confidence and ambitions despite not being a good student in school and dropping out of college without a degree. He began his career as a radio talk show host, then moved on to become a reporter, and then an anchor. He returned to CNN after a successful time with ABC, when his career reached new heights with his coverage of the horrible terrorist attacks in September 2001. He was the first Walter Cronkite Professor of Journalism at Arizona State University, in addition to his journalistic career.

Aaron Brown was born to a Jewish family in Hopkins, Minnesota, on November 10, 1948. He is the youngest of four siblings, with three brothers and one sister. His father worked in the junkyard.

As a child, he was bright and intelligent, and he acquired an early interest in broadcast journalism. He used to roam around the home with a Coke can as a microphone when he was a kid. His father once took him to the local newspaper’s newsroom to see a friend, and the experience left a lasting impression on the youngster. He determined that when he grew up, he wanted to be a journalist.

Despite his intelligence and ability, he struggled at school and brought home poor grades. His parents were concerned about his future prospects. He enrolled in the University of Minnesota as a political science major after graduating from high school. He did not complete his degree, however, and instead enlisted in the United States Coast Guard.

As a teenager, Aaron Brown had already been conducting radio talk shows. He resumed his radio career after being discharged from the Coast Guard and found work as a talk show presenter in Minneapolis. He later relocated to Los Angeles in order to try his luck.

Brown had a lot of success in Los Angeles, which inspired him to set bigger goals for himself. He came to Seattle to work at a public television station, wishing to make the switch to television as well.
He was hired as an assignment editor at KING-TV in 1976. His outstanding performance earned him a swift rise to a reporter and then anchor. He moved to KIRO-TV after a decade there, where he served until late 1991. His major role at KIRO-TV was to anchor the evening newscast.

When he moved to New York City, his career took off like a rocket. He landed a job with ABC and went on to become the first anchor of the late-night news program ‘World News Now.’
During his time at ABC, he had the opportunity to work on ‘World News Tonight’ with renowned journalist Peter Jennings. Aaron Brown later took over as the permanent host of ABC’s ‘World News Tonight Saturday’ and ‘Good Morning America Sunday,’ replacing Jennings.

In the 1990s, he covered a number of key world events, including the British handover of Hong Kong to the Chinese government, the Columbine High School massacres, O.J. Simpson’s trial, and Nelson Mandela’s historic election as South Africa’s president. He also covered the tobacco industry and the earthquake in California.
In 2001, he moved to CNN from ABC, where he had spent a decade. He started in July and was slated to begin a prime-time news show in mid-October. There were no intentions for him to appear on the broadcast before then. In September, though, his responsibilities shifted dramatically.

Brown was driving to work on September 11, 2001, when he received a call from his office notifying him of the terrorist strikes. He was asked to cover the events as soon as possible.
Despite the fact that he was asked to report the awful attacks with almost no time to prepare, his years as a journalist helped him to remain calm and record the events in a professional manner. He was well-liked for his analytical approach and professional demeanor.

Following his coverage of the September 11th events, his popularity as a journalist skyrocketed, and he was granted his own show, ‘NewsNight with Aaron Brown,’ which he aired from 2001 until 2005.
During the 2003 invasion of Iraq, he acted as the anchor from the CNN center in Atlanta, giving viewers with the most up-to-date information from frontline reports, Washington, D.C., and the US Central Command in Doha, Qatar.

Brown commented on the trends of the evening results on NASDAQ during the 2004 US presidential elections, while Anderson Cooper covered the Senate and House races.

Brown has been teaching a course called “Turning Points in Television News History” at Arizona State University’s Walter Cronkite School of Journalism since 2007.

From 2001 until 2005, Aaron Brown was known for his live international news presentation, ‘NewsNight with Aaron Brown,’ which aired on CNN and CNN International. The show featured famous parts including ‘The Whip’ and ‘On the Rise,’ which were based on investigative journalism.

From 2008 to 2009, he hosted the popular documentary television series ‘Wide Angle.’ The weekly one-hour series focused on international current events and was dedicated solely to in-depth coverage of global topics.

For his coverage of the September 11 attacks, Brown received the Edward R. Murrow Award.
He has won numerous prizes, including a DuPont Award, two World Medals from the New York Film Society, and a George Foster Peabody Award. During the Iraq War, he received three Emmys, including one for his piece “Streets of Iraq.”

In 1980, he met Charlotte Raynor while working at a television station and was immediately smitten by her. She, too, returned his affections, and the two began dating. They married in 1982, and a daughter was born to them a few years later.