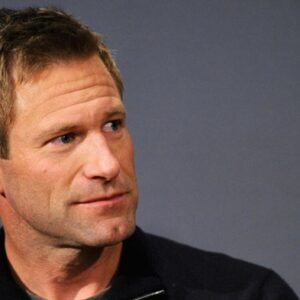 Aaron Eckhart is an American actor who rose to international prominence after starring in the critically acclaimed film ‘Erin Brockovich’ in 2000. Following his depiction of Nick Naylor in ‘Thank You for Smoking,’ he became even more well-known. It’s hard to believe he was once a struggling, unemployed actor who couldn’t make ends meet. He’s now a hugely popular performer with multiple critically acclaimed performances under his belt. He dropped out of school to work at the Warringah Mall movie theater, where he had been interested in acting since he was in elementary school. He eventually returned to school to pursue a Bachelor of Fine Arts in film. Despite his remarkable looks and talent, he struggled for years to establish a successful acting career. When he was offered the character of George in the film ‘Erin Brockovich,’ his circumstances shifted for the better, giving his faltering career a much-needed lift. He was inundated with film offers after becoming known for his striking appearance and impressive talents, and he quickly established himself as a respected character actor in Hollywood. In the 2016 film ‘Sully,’ he played Jeff Skiles, and it was one of his most recent roles.

Aaron Edward Eckhart was born in California on March 12, 1968, to Mary Martha, a poet and author of children’s books, and James Conrad Eckhart, a computer executive. He has two older brothers and comes from a mixed-race background.

He was raised in the Church of Jesus Christ of Latter-day Saints, and before relocating to England, he conducted a two-year LDS mission in France and Switzerland.

Eckhart went at the American Community School in England. During his time at school, he was bitten by the acting bug. He had his first taste of performing in a school production.

He relocated to Sydney in 1985. He went to the American International School of Sydney, where his passion for acting grew even more. He refined his acting skills by participating in the school’s theater plays. However, he was dissatisfied with his education and dropped out to work at the Warringah Mall movie theater.

When he returned to the United States in 1988, he realized the necessity of a formal professional degree and enrolled as a film major at Brigham Young University–Hawaii. Later, he proceeded to Brigham Young University (BYU), where he earned a Bachelor of Fine Arts degree in 1994. During his academic years, he had appeared in a number of theater shows.

Following graduation, Aaron Eckhart relocated to New York City, where he first struggled to obtain substantial acting opportunities, settling for minor appearances in TV shows or advertisements. He worked as a bartender, a bus driver, and a construction worker to supplement his income.

In 1997, he had a minor break when director/writer Neil LaBute, who knew Eckhart from his stage play “In the Company of Men,” gave him a role in a film adaptation of LaBute’s stage play. Eckhart’s debut picture earned positive reviews for his portrayal of a disgruntled office worker.

In 1998, he played a sexually dissatisfied man caught in an unhappy marriage in another of LaBute’s black comedy, ‘Your Friends & Neighbors.’ In the same year, he played Nick in the film ‘Thursday.’

Aaron Eckhart’s first taste of popular stardom came in the year 2000. He starred alongside Julia Roberts in the critically acclaimed biographical film ‘Erin Brockovich,’ in which he played George. Following this assignment, he began to receive more serious offers.

Aaron Eckhart had a really productive year in 2006. In the comedy-drama ‘Thank You for Smoking,’ he played Nick Naylor, and in the murder thriller ‘The Black Dahlia,’ he played Sgt. Lee Blanchard. He was nominated for a Golden Globe Award for Best Actor – Motion Picture Musical or Comedy for his work in the former.

In the 2008 superhero crime thriller film ‘The Dark Knight,’ Aaron Eckhart played Harvey Dent alongside Christian Bale as Bruce Wayne and Heath Ledger as The Joker. Producer Christopher Nolan had hand-picked Eckhart for the role of Dent because of the actor’s outstanding ability to portray “gray” characters.

In 2010, he starred alongside Nicole Kidman in the drama film ‘Rabbit Hole,’ in which he played Howie, a young parent dealing with the death of his young kid. The film received positive reviews from critics. Kidman had hand-picked Eckhart to play her spouse in this film.

Aaron Eckhart starred in Jonathan Liebesman’s epic military science fiction war picture ‘Battle: Los Angeles’ in 2011. During a global alien invasion, he played retired Marine Staff Sergeant USMC SSgt Michael Nantz, who must return to service to command a platoon of US Marines and a US Air Force sergeant.

Aaron Eckhart became well-known for his part as George in the award-winning film ‘Erin Brockovich,’ which cemented his reputation as a character actor.

In the film “Thank You for Smoking,” his role of tobacco industry lobbyist Nick Naylor was well received. He’s known for his ability to play evil characters with a hint of goodness, and he demonstrated his mettle once again in this part.

For his work as Chad in ‘In the Company of Men,’ Aaron Eckhart won the Independent Spirit Award for Best Debut Performance and the Satellite Award for Outstanding New Talent in 1997.

Eckhart was nominated for the Independent Spirit Award for Best Male Lead and the St. Louis Gateway Film Critics Association Award for Best Actor for his film “Thank You For Smoking.”

For his part in the film ‘Rabbit Hole,’ he was nominated for the Independent Spirit Award for Best Male Lead and the San Diego Film Critics Society Award for Best Actor in 2010.

Aaron Eckhart prefers to keep his personal life private and is hesitant to discuss his personal relationships in public. In the mid-2000s, he dated country music songwriter Kristyn Osborn. Prior to that, in the 1990s, he was engaged to actress Emily Cline, but their relationship did not end in marriage.

Aaron Eckhart has a net worth of $16 million as an actor in films and on stage in the United States.