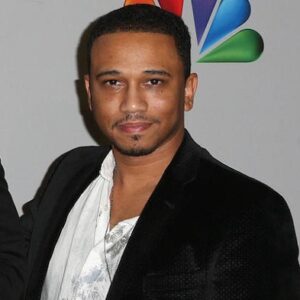 Aaron Vincent McGruder is an American cartoonist and producer best known for developing the comic strip “The Boondocks,” for which he gained acclaim and fame. He is a born rebel who has been open about his beliefs since he was a child, and his paintings reflect this mentality. As a young black boy, he was frequently harassed, which in some ways liberated him rather than suppressing him. He began creating cartoons as a way of distracting himself from his unhappiness at school, and this opened the road for his future career. He went on to the University of Maryland, where he earned a degree in African American Studies. He began work on ‘The Boondocks,’ which was published in the university newspaper, ‘The Diamondback,’ during his academic years. The cartoon was an instant hit, and it was published in more than 160 publications within a few years. McGruder created an adult animated sitcom of the same name for Cartoon Network’s late-night programming block, Adult Swim, based on the comic strip’s enduring popularity. While the bulk of the audience adored ‘The Boondocks,’ the show’s aggressive and politically incorrect content garnered McGruder a slew of detractors.

Aaron McGruder was born on May 29, 1974, in Chicago, Illinois, to Bill McGruder and his wife Elaine. Dedric, his older brother, is his only sibling. His family is made up of people of various races.

When Aaron was six years old, his father, a communications expert, got a job with the National Transportation Safety Board in Columbia. As a result, the family moved to Columbia, where they eventually resided.

The family grew up in a mostly white neighborhood, and the young brothers had a typical childhood, complete with movies, video games, and rap music. Aaron was assigned to a Jesuit high school with severe standards. Despite his early feelings of repression, he later remarked that the school’s regressive climate encouraged him to express his grievances in a creative manner.

He was eventually transferred to a predominately black high school, where he grew increasingly aware of the country’s racial inequity and became involved with organizations that pushed black teenagers to challenge the existing quo and effect change.

His passion for African-American culture drove him to the University of Maryland, where he earned a degree in Afro-American studies. At the Presentation Graphics Lab on college, he started working on the comic strip ‘The Boondocks.’ Under the editorship of Jayson Blair, the strip was published in the university’s newspaper, ‘The Diamondback.’

‘The Boondocks,’ a humorous take on Afro-American culture and American politics, was written by Aaron McGruder. Many readers were intrigued and amused by his bold, unabashed, and politically incorrect words, but it also alienated a few. McGruder pulled his strip from the student newspaper after a misunderstanding with Jayson Blair.

The popular strip was then published in ‘The Source,’ a monthly hip hop magazine. McGruder’s involvement with ‘The Source’ led to a serendipitous meeting with Harriet Choice of Universal Press Syndicate at the National Association of Black Journalists Convention, despite the fact that it did not appear in the magazine for long.

Choice was blown away by McGruder’s comic strip and gave him a hefty contract. Their collaboration was quite beneficial, and the comic began to appear in hundreds of publications within a few years.

Huey, a ten-year-old black child, and his brother Riley provided a satirized commentary on African-American culture and American politics in the comic strip. The comic was lighthearted, with significant amounts of political content and criticism on themes such as interracial marriages, racism, modern black culture, and America’s class divide.

Even while ‘The Boondocks’ had been contentious from the start, its infamy reached new heights after the September 11th attacks in 2001. During this period, he harshly lambasted President Bush, earning him a slew of opponents while also boosting his popularity.

Aaron McGruder decided to make a television series based on the comic strip because of its growing popularity. On November 6, 2005, Cartoon Network’s late-night television channel, Adult Swim, launched the adult animated sitcom “The Boondocks.”

The television series, like its literary predecessor, proved to be a popular yet divisive one. It kept the comic strip’s focus on race, society, and politics, and it frequently included stuff meant to shock the audience. It was a popular show that aired for four seasons and totaled 55 episodes. McGruder, on the other hand, was not involved in the fourth season’s production.

Aaron McGruder, who rose to fame as the creator of the ‘The Boondocks’ franchise, went on to work on a variety of other projects. He teamed with Reginald Hudlin in the mid-2000s to co-author ‘Birth of a Nation: A Comic Novel,’ a graphic novel about African Americans in East St. Louis during an election. It was a tad bit of a hit. He has also emerged into a prominent speaker on political and cultural matters in recent years.

Aaron McGruder is best recognized for creating the ‘Boondocks’ comic strip. Before being picked up by the Universal Press Syndicate, the series premiered in 1996 on Hitlist.com, an early online music website, and was also printed in the magazine ‘The Source.’ The satirical strip on African-American culture was a huge hit, yet it was also controversial at times.

The television series based on the comic strip, ‘The Boondocks,’ was also a tremendous hit. McGruder conceived the show and contributed to the writing of a few of the episodes. Adult Swim, Cartoon Network’s late-night programming block, began the series in November 2005 and aired until June 2014. McGruder, on the other hand, was not involved in the creation of the sitcom’s fourth and final season.

In 2000, the National Association for the Advancement of Colored People presented Aaron McGruder with the Chairman Award.

In January 2006, his sitcom ‘The Boondocks’ was nominated for an NAACP Image Award for Outstanding Comedy Series. The episode ‘Return of the King’ earned a Peabody Award the same year.

Aaron McGruder is a private person who prefers to keep his personal life private. There isn’t much information about his dating life or personal relationships available. There are rumors floating around that he has been married to an Asian woman since 2011, but there is no proof of this.

He owns three dogs, Remix, Retro, and Hooligan, and is a huge dog lover.

Aaron McGruder is a $10 million dollar cartoonist from the United States.