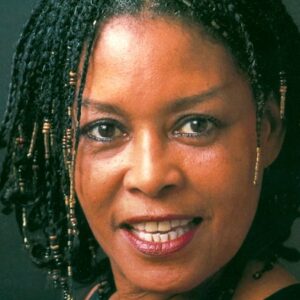 Abbey Lincoln was the stage name of Anna Marie Wooldridge, a prominent American jazz singer and songwriter. She was known for her avant-garde music, which she composed and played alone. She battled as a black woman to create a successful musical career in a period when American culture was blighted by pervasive racism and sexism. She not only carved out a space for herself in the music industry, but she also encouraged generations of black women to stand up for themselves and fight for their rights. By the 1960s, she had established herself as a skilled and glamorous figure in show business, and she put her celebrity to good use by becoming involved in the civil rights struggle. Her songs frequently echoed the ideas of the civil rights struggle and aided in instilling in her listeners a sense of commitment to the cause. In addition to her singing career, she also dabbled in acting, appearing in films such as ‘The Girl Can’t Help It’ and ‘Gentleman Prefer Blondes.’ During the latter years of her songwriting career, she explored deeper philosophical subjects and remained professionally engaged until she was well into her seventies.

Anna Marie Wooldridge was born on August 6, 1930, into a large family in Chicago, Illinois, United States. She was the tenth of her parents’ twelve children.

She was raised on a farm in Michigan and was exposed to music at a young age, and she loved listening to it all the time. She was also a member of the school and church choirs.

She began singing with local bands when she was 14 years old. She had also begun to create her own lyrics at this point.

She began singing professionally in the early 1950s. She went by many stage names early in her career, including Gaby Lee, before settling on Abbey Lincoln in 1956.

She became acquainted with saxophonist Benny Carter in the mid-1950s and recorded with his ensemble. Abbey Lincoln recorded her first album for Riverside Records in 1956, titled ‘Abbey Lincoln Affair: A Story of a Girl in Love.’

She also dabbled in acting in the 1950s, appearing in the musical comedy film “The Girl Can’t Help It.” She appeared as herself, dressed in a gown similar to that worn by Marilyn Monroe in the 1953 film ‘Gentleman Prefer Blondes,’ drawing parallels between herself and the sex symbol.

Abbey and Roach cooperated musically throughout the 1950s and 1960s. Abbey and Roach were involved in the civil rights struggle alongside Charles Mingus, Oscar Brown, and John Coltrane.

Abbey Lincoln performed in Max Roach’s masterpiece, ‘We Insist! (Max Roach’s Freedom Now Suite),’ in 1960. Her lyrics for the song were linked to the American civil rights movement. This was a huge transformation from her fashionable image to a militant one, with her clothing in an Afro-style and injecting a political edge into her music.

During the 1960s, she also had a successful acting career. In 1964, she played alongside Ivan Dixon in the film “Nothing But a Man.” Michael Roemer wrote and directed the picture independently.

In the 1968 romantic comedy film ‘For Love of Ivy,’ she appeared alongside Sidney Poitier and Beau Bridges. The picture was well-received by both black and white audiences, and Ivy Moore’s performance was particularly well-received. She was also nominated for a Golden Globe for Best Supporting Actress for the film.

Abbey Lincoln began appearing on television in the 1960s. In 1968, she had an appearance on the television show ‘The Name of the Game.’ The next year, she starred in one of the episodes of WGBH-TV Boston’s ‘On Being Black,’ a series of individual dramas written, produced, and performed by black people.

She became involved in the civil rights movement in the 1960s and developed a reputation as a black icon and civil rights champion. She continued her acting career, appearing in films such as ‘Mission: Impossible’ (1971), ‘Short Walk to Daylight’ (1972), television series ‘Marcus Welby, M.D.’ (1974), and sitcom ‘All in the Family’ (1978).

The classic civil rights-themed recording ‘We Insist!’ (Subtitled Max Roach’s Freedom Now Suite) by Abbey Lincoln and Max Roach, released in 1960, is one of their most well-known collaborations.

Roach became one of the first performers to use jazz to confront racial and political issues throughout the 1960s with this album. After the album was released, Lincoln became more involved in the civil rights movement.

Abbey Lincoln won the Golden Globe for Best Supporting Actress in a Motion Picture for her role in the film “For Love of Ivy” in 1969.
She was awarded the National Endowment for the Arts Jazz Master Award in 2003.

Abbey Lincoln married Max Roach, a long-time collaborator, in 1962. In 1970, the couple divorced.
She had a long life and was still working professionally until a few years before she died. She died on August 14, 2010, in Manhattan, after a long battle with illness in her final years.

Abbey Lincoln has a net worth of $1.9 million and is a Pop Singer. Abbey Lincoln was born in the city of Chicago, Illinois.