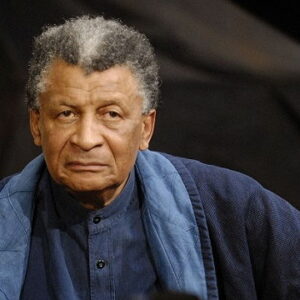 Born Adolph Johannes Brand, the renowned pianist and composer of South Africa, Abdullah Ibrahim became known as Dollar Brand. Midway through the 1950s, he began his professional career by forming the band Jazz Epistles. During a lengthy trip to Europe, he drew Duke Ellington’s eye. This marked a turning point in his career and led to a multitude of performances in the United States. He moved to New York City and played with prominent musicians. He remained politically active, converted to Islam, and took the name Abdullah Ibrahim. Ibrahim was unable to return permanently to his birthplace due to the outlawing of the African National Congress, but he did so occasionally for recording sessions. His tune “Mannenberg” became the anthem of the South African anti-apartheid movement. Mandela appreciated Ibrahim’s music and referred to him as “South Africa’s Mozart.” He investigated African music and fused it with modern American jazz. His ‘Kalahari Liberation’ opera score received widespread appreciation. His band Ekaya has played and recorded for numerous events and festivals. Additionally, he has composed music for two French films. The CD ‘African Suite’ is a reflection of his African ancestry, Islamic beliefs, European residence, and appreciation for jazz.

Abdullah Ibrahim, who was born Adolph Johannes Brand, began piano instruction at age seven. He was raised on African Khoi-san music and Christian hymns. His grandmother was a church pianist, while his mother sang in a choir.

After completing high school, he became a teacher. He quit his work to study music at the University of Cape Town, but quit halfway through since the music taught there did not suit his tastes.

Abdullah Ibrahim started professionally at age 15, backed by local bands, and became known as Dollar Brand. In 1958, he created the Dollar Brand Trio with Makaya Ntshok and Johnny Gertze.

In 1962, at the height of apartheid, members of the Dollar Brand Trio and vocalist Sathima Bea Benjamin fled South Africa and secured a three-year contract with the Club Africana in Zurich.

Sathima Benjamin convinced the great Duke Ellington to attend their performance at Club Africana in 1963. Reprise Records issued “Duke Ellington Presents The Dollar Brand Trio” as a result.
He performed at the Newport Jazz Festival and Carnegie Hall and was replaced as the Ellington Orchestra’s conductor for five concerts in 1966. He toured for six months with the Elvin Jones Quartet.

A grant from the Rockefeller Foundation allowed him to enroll at the Juilliard School of Music in 1967. He could encounter musicians like Don Cherry, John Coltrane, Pharaoh Sanders, and Archie Shepp in the United States.
1968 saw his return to Cape Town when he converted to Islam. His participation in martial arts also provided him with much solace. He built a music school and spent two years in Swaziland.

He traveled to America, Europe, and Japan in 1968. He performed at festivals such as the Montreux Jazz Festival and the North Sea Festival, as well as in Berlin, Paris, and Canada.
He released four albums between 1965 and 1968, including “Anatomy of a South African Village,” “This is Dollar Brand,” “The Dream,” and “Hamba Khale” with Gato Barbieri.

In 1981, he and his wife Sathima founded the record label Ekapa to make their own songs. Throughout the decade, he contributed to the ballet “Prelude” by Garth Fagan and the “Kalahari Liberation Opera.”

He composed the soundtracks for two French films directed by Claire Denis: Chocolat (1988, about a French family living in colonial Cameroon) and No Fear, No Die (1990).
He concluded the November 25, 1989 episode of “After Dark,” a British late-night live debate program broadcast on Channel 4, with lengthy jazz improvisation on the piano.

After his release from prison, Nelson Mandela extended an invitation to the musician to return to South Africa. The feelings were captured on two CDs, ‘Mantra Modes’ and ‘Knysna Blue,’ and performed at Mandela’s inauguration.
In the 2002 documentary film “Amandla!

From 2000 to 2009, he released the albums Cape Town Revisited,’ ‘Ekapa Lodumo,’ ‘African Magic,’ ‘Senzo,’ and ‘Bombella,’ which revisited some of his older works and introduced new songs.

The album Mannenberg – “Is Where It’s Happening”‘ that Ibrahim wrote in 1974 and featured the lengthy tracks ‘Mannenberg’ and ‘Pilgrim’ was a huge success. Mannenburg became the song of the anti-apartheid movement.

African Suite, his 1999 CD backed by the Youth Orchestra and arranged by Daniel Schnyder, was a reworking of Ibrahim’s works and reflected his South African heritage, Islamic beliefs, European residence, and jazz interest.

In 2009, he was awarded an Honorary Doctorate of Music by the University of the Witwatersrand in Johannesburg. He was awarded the Order of Ikhamanga by South African President Jacob Zuma.

Six years after meeting Beatrice “Sathima Bea” Benjamin, a South African soprano and composer, in 1959, Abdullah Ibrahim wed her. The couple has two children, including the rapper Jean Grae and the pianist Tsakwe.

Abdullah is one of the wealthiest and most well-known pianists. According to our investigation, Wikipedia, Forbes, and Business Insider, Abdullah Ibrahim has an estimated net worth of $1.5 million.

Two documentaries were made about this great South African pianist: A Brother with Perfect Timing and A Struggle for Love.

This South African jazz musician stated, “People assert that Africans were abducted as slaves. This is not true: Africans, including healers and priests, were captured and made into slaves.