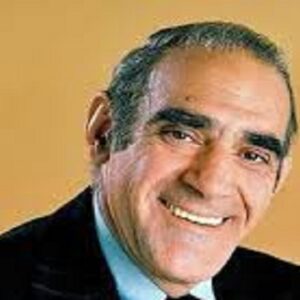 Abe Vigoda was an American film and television actor who portrayed Detective Phil Fish in the Barney Miller sitcom. In the Francis Ford Coppola film The Godfather, he also portrayed Salvatore Tessio. He began his career on the stage before becoming a well-known character actor who captivated audiences for four decades with performances that were forceful, moving, and hilarious. When he was young, he determined that he wanted to be an actor, albeit it would be years before he actually achieved success. Born the son of a tailor, he began acting with the American Theatre Wing while still in his teens. Even though he became a professional actor in the 1940s, it wasn’t until the 1960s that his career took off. The popularity he achieved in the 1960s as a great stage actor who had featured in numerous Broadway plays, Shakespearean shows, and musical comedies prepared the way for his cinematic career. His role as a betrayal-prone mobster in ‘The Godfather’ marked his debut as a character actor. In the sitcom ‘Barney Miller,’ he portrayed Detective Phil Fish, which boosted his popularity. In addition, he had been a frequent guest on “Late Night with Conan O’Brien” for years.

Abraham Charles “Abe” Vigoda was born in Brooklyn, New York, on 24 February 1921 to Jewish immigrants from Russia, Samuel, and Lena. The patriarch was a tailor. Abe had two siblings.

In his teenage years, he began acting after developing an early interest in theater performance. Additionally, he worked with the American Theatre Wing.

1947 marked the beginning of Abe Vigoda’s career as a professional theater actor, but it would be many years before he achieved great success. In the years that followed, he appeared in a number of Shakespearean dramas, musical comedies, and Broadway shows.

After laboring for a number of years, the gifted actor finally gained fame in the 1960s for roles such as Landau in Harold Pinter’s ‘The Man in the Glass Booth’ in 1968 and parts in ‘Inquest’ and ‘Tough to Get Help’ (1972).

His popularity on stage led to a cinematic part in ‘The Godfather’ in 1972, in which he portrayed the older mobster Salvatore Tessio. At age 51, he finally achieved the fame and prosperity he deserved. In 1974, he reprised this character in the sequel film The Godfather: Part II.

In 1975, he played Detective Phil Fish, a police detective in the television series ‘Barney Miller, which was another noteworthy performance. Vigoda’s portrayal of the grouchy, elderly investigator who was continuously afflicted with a variety of ailments earned the hearts of the public. He held the position until 1977.

1977’s ‘Fish’ was a spin-off from ‘Barney Miller spawned by the success of the character Phil Fish. Florence Stanley featured as Bernice, his wife, while Vigoda played the lead character. In the television series, Fish and Bernice became foster parents to five children of mixed race. After two seasons, the show was canceled.

Throughout the 1980s, he continued to act on stage and in television and film productions. People magazine incorrectly referred to him as “deceased” Abe Vigoda in 1982. He even posed for a portrait for ‘Variety’ magazine, sitting upright in a casket while holding the incorrect issue of ‘People’.

In the late 1980s, he acted in films including “Keaton’s Cop,” “Plain Clothes,” “Look Who’s Talking,” and “Prancer” (1989). In 1989, he was also a member of the cast of the television soap opera “Santa Barbara.” Moreover, he appeared frequently on ‘Late Night with Conan O’Brien’.

A health-conscious individual, he continued to enjoy good health well into his nineties. Despite his advanced age, he maintained his professional engagement. In the 2000s, he acted in films including ‘Crime Spree’ (2003) and ‘Chump Change’ (2004) and provided his voice for ‘Farce of the Penguins (2007).

Salvatore “Sal” Tessio in ‘The Godfather’ is one of Abe Vigoda’s most famous performances. The picture was a commercial and critical success and is largely regarded as one of the best films in the history of world cinema.

He was also well-liked for his role as Detective Phil Fish in the sitcom Barney Miller. His portrayal of a grumpy but competent senior investigator greatly endeared him to his followers. His popularity led to the creation of a spin-off featuring Fish as the main character.

In 1968, Abe Vigoda wed Beatrice Schy, and they had one daughter, Carol. The pair remained married until 1992 when Beatrice passed away.

He was an active jogger and fitness fanatic who maintained excellent health throughout his long life. He passed away on January 26, 2016, at the residence of his daughter in Woodland Park, New Jersey.

Abe Vigoda was an American actor with a $10 million net worth. Abe Vigoda, who was born in New York in 1921, began performing on stage as a teenager and rose to stardom in the 1960s in various Broadway productions.