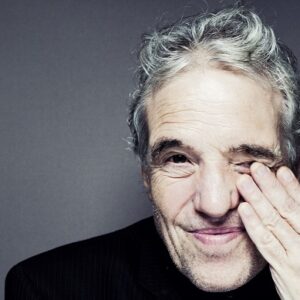 Abel Ferrara is an American director who has directed films such as “King of New York,” “Bad Lieutenant,” and “The Funeral.” He is a screenwriter, director, producer, actor, and cinematographer, among other things. His films are notable for their use of neo-noir imagery, harsh physical and emotional violence, and religious themes that reflect his upbringing as a Catholic. He was always interested in movies and went to the State University of New York’s film conservatory to further his education. During his early career, he struggled to make a name for himself and even filmed pornographic films to supplement his income. He began by directing and acting in his films, frequently portraying psychotic characters such as murders and rapists. Even though his films’ provocative subject surprised viewers, it also helped him acquire recognition in the film industry. He eventually gained notoriety for his dark, violent films, which developed a cult following. He prefers to make most of his films independently, while he occasionally partners with well-known film studios, as he dislikes having his work restricted by others. He also makes short films, documentaries, and television movies in addition to feature films.

Abel Ferrara was born in the Bronx, New York City, on July 19, 1951. He has Italian and Irish ancestors. His parentage is unknown, however it is known that he was reared as a Catholic.

He had an early interest in films and went to the State University of New York’s film conservatory to receive professional training in the industry. He began making short films soon after completing his education. Many of them were gathered and incorporated into the Abel Ferrara Short Films collection.

Despite his aptitude and enthusiasm for filmmaking, Abel Ferrara’s early years in the industry were difficult. He filmed a pornographic picture named ‘9 Lives of a Wet Pussy Cat’ in 1976 when he was unemployed and desperate for money. Under the alias Jimmy Boy L, he also appeared in it as an actor.

In 1979, he directed and starred in ‘The Driller Killer,’ a black comedy horror film. It was a horror film about a struggling artist who goes insane due to stress and murders people. The film was highly brutal and vicious.

His next film, released in 1981, was much darker, with the subject of “rape revenge” as its central premise. After being raped twice in one day, a mute lady becomes a spree killer in the film ‘Ms. 45,’ also known as ‘Angel of Vengeance.’

With ‘King of New York’ (1990), starring Christopher Walken as gangster Frank White, he helped usher in the 1990s. His next film, the critically acclaimed Bad Lieutenant (1992), starred Harvey Keitel as the titular character.

Despite the fact that Abel Ferrara liked to work independently, he did occasionally partner with large Hollywood companies. He directed Warner Bros.’ ‘Body Snatchers’ (1993) and MGM’s ‘Dangerous Game’ (1993), which starred Keitel and Madonna.

In the mid-1990s, he returned to independent filmmaking, directing ‘The Addiction’ in 1995 and ‘The Funeral’ the following year. These films were both well-received.

He directed the drama film “The Blackout” in 1997, which starred Matthew Modine in the starring role. At the 1997 Cannes Film Festival, it was screened outside of competition.

He co-wrote and directed the cyberpunk drama film ‘New Rose Hotel,’ which starred Christopher Walken, Willem Dafoe, and Asia Argento the following year. It was based on the same-named story by William Gibson.

Abel Ferrara attempted his hand at humor in ‘Go Go Tales’ (2007), starring Willem Dafoe as a strip club owner and Bob Hoskins as a baron, after making a few more somber and religious themed films in the early 2000s. The picture was Ferrara’s “first purposeful comedy,” he said.

In 2009, he created the documentary film ‘Napoli, Napoli, Napoli,’ which focused on the challenges that plagued Naples in the early twenty-first century. He directed another documentary, ‘Mulberry St.,’ and a short film segment, ’42 One Dream Rush,’ the following year.

‘4:44 Last Day on Earth,’ an apocalyptic drama starring Willem Dafoe, Shanyn Leigh, and Natasha Lyonne, was written and directed by him.

‘Pasolini’ is one of Abel Ferrara’s most popular recent films (2014). The play tells the story of Italian cinema director Pier Paolo Pasolini’s dying days. It was screened as part of the 2014 Toronto International Film Festival’s Special Presentations section.

Ferrara acknowledges Pasolini as a key influence on his own filmmaking career, hence this picture is particularly dear to him.

One of his most well-known films is the neo-noir criminal drama ‘Bad Lieutenant,’ which was released in 1992. Harvey Keitel as a drug-addicted officer who sexually molests young ladies in the film. A controversial rape scenario was also included in the film. The film achieved cult status despite—or perhaps because of—its inflammatory themes.

‘The Funeral’ is another well-known film of his (1996). The drama follows the funeral of one of three brothers in a gangster family, and stars Christopher Walken, Chris Penn, and Annabella Sciorra in major roles. This film, like his others, contains a lot of bloodshed and violence.

In the 2005 drama thriller film ‘Mary,’ Ferrara wrote and directed, he addressed the themes of feminism and the trinity. The film had its world premiere at the Venice Film Festival in 2005, when it was awarded the Special Jury Prize.

For the film ‘Bad Lieutenant,’ Abel Ferrara was nominated for a Spirit Award (1992).
At the 2005 Venice Film Festival, his drama thriller ‘Mary’ won the Special Jury Prize.

Nancy Ferrara was Abel Ferrara’s first wife. Currently, he is married to Christina. He is the father of three children, two of whom were adopted.

He converted to Buddhism in 2007 after being reared as a Catholic.

Abel Ferrara is a screenwriter and director from the United States with a net worth of $10 million.