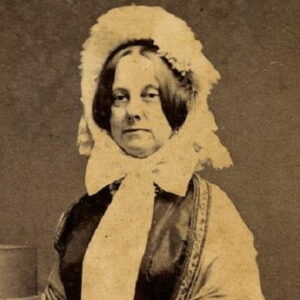 From 1850 to 1853, Abigail Fillmore, wife of Millard Fillmore, the 13th President of the United States, served as First Lady of the United States. She was up in a lower-middle-class family without a father and was very aware of her socioeconomic situation. She had a strong desire to acquire and grasp information, which pushed her to pursue a career as a teacher when she was still in high school. Millard Fillmore, an ambitious student, was a pupil she encountered throughout her teaching career. They were attracted to each other because of their shared enthusiasm in learning and married after a few years. Her husband, who began his career as a lawyer, eventually ran for governor and then became Vice President of the United States. Her husband became President and she became First Lady of America after the tragic death of then-President Zachary Taylor. She aided her husband in making major political decisions with her sharp intelligence. She also got Congress to establish a library at the White House, which she stocked with hundreds of books over the course of several months. She frequently served as hostess at dinners and political events, but she liked to read and play the piano. She was a stunning First Lady of the United States, possessing a rare blend of grace and intellect.

Reverend Lemuel Powers, a Baptist minister, and his wife, Abigail Newland Powers, had her on March 13, 1798 in Stillwater, New York. She was the youngest of seven children in her family. Her father died soon after she was born, and her family migrated west owing to financial difficulties. Her mother reasoned that with minimal funds, they would be able to stay in a less settled area for longer. Her mother was able to pay for her schooling with the support of her late father’s personal library. In the meantime, Abigail was drawn to books and reading, which led to a lifetime passion for learning.

Millard Fillmore, her eldest student at New Hope Academy, was a youthful and determined teenager. They were drawn together because they shared a great desire to learn and gain knowledge. They gradually developed romantic feelings for each other and eventually became lovers.

She began tutoring her three first cousins privately in 1824, and her professional reputation quickly gained her the chance to operate a private school in Broome County. She returned to Sempronius in 1825 to resume her usual teaching duties.

Meanwhile, Millard completed his education and began practicing law in the nearby town of present-day East Aurora after interning with a lawyer. They married in 1826 in Moravia, New York, at the home of the bride’s brother, Judge Powers, following a protracted romance.

The couple lived in East Aurora, New York, where she worked as an instructor for more than a year until their first child was born in the summer of 1828. Millard moved to Albany, New York, in 1829 to serve in the state senate. In 1831, he returned to Buffalo and began practicing law, and the family moved into a new six-room house. She established a library in her home and devoted the majority of her time to reading.

Millard was elected to the United States House of Representatives in 1832. She was able to leave her children with relatives in New York in 1836 to join her husband, who was serving as a Congressman in Washington. She used her high intellect to politics with the help of her gained knowledge and being an ardent reader, and she quickly became her husband’s principal counsel and political ally.

She arrived in Washington, D.C. as the Vice President’s wife, but after Zachary Taylor’s death in 1850, Millard became President and the family relocated to the White House. Her health worsened rapidly during her time as First Lady of the United States, and her teenage daughter, Mary, frequently took her place as hostess for social and political affairs at the White House.

She married Millard Fillmore on February 5, 1826, and the pair settled in East Aurora, New York. She shared her husband’s passion for literature and assisted in the creation of their personal collection. Millard Powers Fillmore, their son, was born in 1828, and Mary Abigail Fillmore, their daughter, was born in 1832.

She suffered a cold and developed a fever while attending the outdoor inauguration of Franklin Pierce, Millard’s replacement for the presidency. She died on March 30, 1853, in Washington, D.C., after contracting pneumonia.
She was laid to rest in Buffalo’s Forest Lawn Cemetery. Her husband and two children survived her.

Abigail is one of the wealthiest political wives and one of the most well-known. Abigail Fillmore’s net worth is estimated to be $1.5 million, according to Wikipedia, Forbes, and Business Insider.

This First Lady’s post-Presidential life was the shortest of any previous First Lady. Only 26 days after leaving the White House, she passed away.