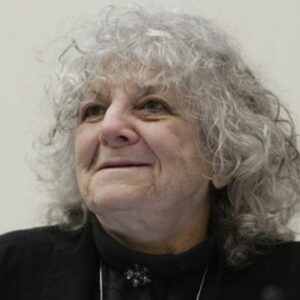 Ada Yonath is one of the most well-known scientists in the world. She has spent her whole life studying the structure of ribosomes. Yonath was born into a poor family, but even as a child, he showed signs that he would be successful. She was a curious child who wanted to know about things she didn’t know. Even though she was born into a poor family, she didn’t let that stop her from getting a Ph.D. in the field of chemistry. After that, she decided to study how the ribosome is put together and how it works. She made a huge difference in the field of chemistry by creating new techniques for cryo-bio-crystallography that made it possible to study ribosomal crystallography. She shared the Nobel Prize in Chemistry with Venkatraman Ramakrishnan and Thomas A. Steitz for this work. With this, she became the first Israeli woman to win the Nobel Prize, the first woman from the Middle East to win a Nobel Prize in the sciences, and the first woman to win the Nobel Prize for Chemistry in 45 years.

Hillel and Esther Lifshitz, who were Zionist Jews, had Ada Yonath on June 22, 1939. She was born in the Geula quarter of Jerusalem. Her family moved from Poland to Palestine six years before she was born.
Even though they were poor, the Yonaths didn’t want their daughter to miss out on a good education, so they sent her to a fancy school in the Beit HaKerem neighborhood.

After her father died, she moved to Tel Aviv with her mother, where she went to Tichon Hadash High School. The tuition fee was pretty high, so she started teaching math to younger students to pay for it.

After she finished her studies, she got a post-doctoral job at Carnegie Mellon University in 1969. Then, in 1970, she got a job at the Massachusetts Institute of Technology (MIT).

At MIT, she worked in the lab of Nobel laureate and Harvard University professor William N. Lipscomb, Jr. There, she was inspired to study very large structures. She looked at how a globular protein called staphylococcus nuclease is put together.

In 1970, she moved back to Weizmann Institute, where she had studied before. There, she set up the first and only protein crystallography lab in Israel. In it, she looked at the process of protein biosynthesis, which is one of the most important questions about living cells.

Her main goal was to figure out the three-dimensional structure of the ribosome, which is the factory that turns the instructions in the genetic code into proteins. This would show how the process works.
She worked with HG Wittmann at the Max Planck Institute for Molecular Genetics in Berlin from 1979 to 1984. He gave her both financial and academic help.

Between 1977 and 1978, she was a guest professor at the University of Chicago. She did research at the Weizmann, but from 1986 to 2004, she also ran a Max-Planck Institute Research Unit at DESY in Hamburg, Germany.

Her research was mostly about trying to figure out what makes life possible and how commonly used antibiotics work. Through her research, she not only helped make antibacterial drugs more effective, but she also set up new ways to fight bacteria that are resistant to antibiotics.

She spent twenty years of her life studying how ribosomal crystallography worked, which was a key part of protein biosynthesis. Even though scientists all over the world were skeptical about the same thing, she kept doing her research.

In the middle of the 1980s, she came up with a number of new techniques that are still used today in structural biology labs all over the world. She came up with the cryo-bio-crystallography method, which involves exposing crystals to temperatures as low as –185 C to prevent the X-rays from breaking up the crystal structure too much.

She figured out the high-resolution structures of both ribosomal subunits and found the universally symmetrical region that guides the process of polypeptide polymerization in a ribosome that is otherwise asymmetric.

She is in charge of the Weizmann Institute of Science’s Martin S. and Helen Kimmel Center for Biomolecular Structure and Assembly at the moment.

She wants to do more research to learn more about how ribosomes work and how antibiotics can stop ribosomes from doing their jobs in bacteria. By figuring out how the ribosome is made and what it does, she hopes to improve antibiotics that are already on the market and come up with new ones.

She shared the 2006 Wolf Prize in Chemistry with George Feher for her work on the structure of the ribosomal machinery that makes peptide bonds and the light-driven primary processes in photosynthesis.

In 2008, she won the L’Or al-UNESCO Award for Women in Science for being one of the first people to figure out how bacteria become resistant to antibiotics. This made her the first woman from Israel to win the award. In the same year, she received the Albert Einstein World Award of Science for her work in ribosomal crystallography.

In 2009, she shared the Nobel Prize in Chemistry with Thomas Steitz and Venkatraman Ramakrishnan. She was the first woman from Israel to win the Nobel Prize.

About her personal life and marriage, not much is known, except that she has a daughter named Hagit Yonath who is a doctor at the Sheba Medical Center. Noa is her granddaughter.

Ada Yonath’s estimated net worth is $9 million, and she makes most of her money as a crystallographer, biochemist, university teacher, pedagogue, chemist, molecular biologist, and biologist. We don’t know enough about Ada Yonath’s cars or her way of life.