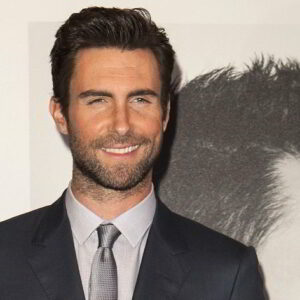 Adam Noah Levine is the lead singer of the pop rock band ‘Maroon 5.’ He is an American singer, songwriter, and actor. Adam rose to stardom after the release of ‘Maroon 5’s first album, which catapulted him to the forefront of American music and culture. He created a rock band with his classmates when he was just out of high school and released an album that did not do well. The band disbanded, and he reformed it under a new name, bolstering the lineup with additional singers. The band has since published six albums, all of which have become huge hits. He went on to work as a judge/coach on a reality program, where he was surrounded by some of the greatest singers of all time. He has also appeared in films and starred in a horror television series. He’s also proven his entrepreneurship skills by launching an eponymous fragrance line and a men’s apparel business, both of which have made him millions of dollars.

Adam Noah Levine was born in Los Angeles, California, on March 18, 1979. His mother, Patsy Noah Levine, worked as an admissions counselor, and his father, Fred Levine, is the owner of the ‘M. Fredric’ retail business. Timothy Noah, his uncle, was a journalist and author. He has two half-siblings, Sam and Liza Levine, as well as a brother named Michael. Julia Milne Levine, his step-sister, is also his cousin.

His parents split when he was only seven years old. When he found out about the divorce, he had to go to counseling for hysteria. He enrolled in ‘Brentwood School,’ where he met Mickey Madden, Ryan Dusick, and Jesse Carmichael, all of whom would subsequently become members of his band.

He went to high school, but his focus was on music rather than academics. During his adolescence, he began misusing drugs. He went to New York after graduating from high school and enrolled in ‘Five Towns College,’ Long Island, but dropped out after the first semester.

In 1994, Adam Levine and his classmates Jesse Carmichael, Mickey Madden, and Ryan Dusick founded the band “Kara’s Flowers.” After that, he made his debut at the ‘Whisky a Go Go’ nightclub in West Hollywood.
In 1997, they were found by Tommy Allen, an independent producer, while performing at a Malibu beach party. With the help of Tommy Allen and John DeNicola, they signed with ‘Reprise Records’ and recorded their debut 11-track album.

‘Kara’s Flowers’ released their first album, named ‘The Fourth World,’ in 1997. In the same year, they appeared in an episode of ‘Beverly Hills, 90210.’ After dropping out of ‘Five Towns College’ in New York, he reunited with his former bandmates to form a new band.

Ben Berkman, David Boxenbaum, and James Diener, all of whom worked for ‘Octone Records,’ came into contact with him. The band’s name was altered to ‘Maroon 5’ after James Valentine was admitted.
During this time, a family friend called Barbara Hall, the producer of CBS’s ‘Judging Amy,’ assisted Levine in landing a job as an assistant writer.

He began creating songs in memory of his ex-girlfriend Jane while working on the show. ‘Songs About Jane,’ which was included in ‘Maroon 5’s’ first album, released in 2002, was an instant smash.
In 2005, he was included in a hip-hop duo’s song “Live Again.” He sang the single “Heard ‘Em Say” for Kayne West’s album the same year.

By 2006, the band had resumed recording their tracks under Levine’s direction. The band’s second album, ‘It Won’t Be Soon Before Long,’ was published in 2007. In the same year, he made an appearance on ‘Saturday Night Live.’

He appeared in the TV show ‘Night of Too Many Stars’ in 2008. In 2009, he released the track “Gotten” from his album “Slash.” In the same year, the band teamed with Robert John ‘Mutt’ Lange, a songwriter and record producer.
In 2010, he was one of 80 musicians that performed at the ‘We Are The World 25 for Haiti’ concert.
In 2010, Levine and his band released their third studio album, ‘Hands All Over.’ The record had a moderate amount of success.

He released the track “Moves Like Jagger” in 2011, which was a huge hit and sold millions of copies in 2011 and 2012. Levine was featured in the song “Stereo Hearts” by American rap rock band “Gym Class Heroes” the same year. In addition, he began working as a judge and coach on the television show ‘The Voice.’
In 2012, he was cast in the film ‘Begin Again,’ after appearing in the horror program ‘Asylum.’
In 2013, he teamed up with ‘ID Perfumes’ to create a line of men’s and women’s fragrances, as well as ‘Sear’s Holdings’ to create men’s clothes and accessories.

‘Red Pill Blues,’ his band’s sixth studio album, was released in 2017. The album reached number two on the Billboard 200 chart in the United States. Its final hit, ‘Girls Like You,’ reached number one on the ‘US Billboard 100,’ with a revamped version starring CardiB. In order to promote the album, the band went on a globe tour in 2018-19.
Adam conceived and produced ‘Sugar,’ a reality web series based on the band’s same-named song video, in 2018. Celebrities crash events of unknowing fans are the focus of the show. Adam and his band played at the ‘Super Bowl LIII’ halftime concert in Atlanta, Georgia, in 2019.

In 2005, Adam Levine and the band ‘Maroon 5’ won the Grammy Award for ‘Best New Artist.’
Levine and his band received the Grammy Award for ‘Best Pop Performance by a Duo or Group with Vocals’ for the second time in 2006.
‘People’ magazine named him the ‘Sexiest Man Alive’ in 2013.
Adam was honored with a star on the ‘Hollywood Walk of Fame’ in February 2017 for his achievements to the music industry.

In 2010, Adam Levine met Russian model Anne Vyalitsyna and began dating her. In 2012, Adam and Anne called it quits on their relationship.

In May 2012, he met Namibian model Behati Prinsloo and married her in 2014. Duty Rose (born 2016) and Gio Grace (born 2017) are the couple’s two daughters (born 2018).
Under the guidance of Chad Dennis and Alanna Zabel, Adam Levine practices yoga.

Adam Levine has a net worth of $140 million.