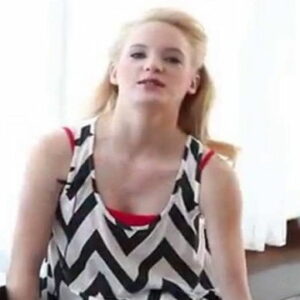 American dancer Addison Moffett has competed in reality television shows like “The X Factor” and “America’s Got Talent.” She is a dancer from “Project 21” who had her training at “Club Dance Studio” and “Dance Connection 2.” She is the younger sister of well-known choreographer Alexa Moffett, who frequently travels the nation with her to teach and lead master classes. In 2013, she provided support to Alexa’s dancing troupe, “Fresh Faces,” which advanced to the “America’s Got Talent” quarterfinals. ‘The X Factor,’ ‘America’s Got Talent,’ and DigiTour with Jack Gilinsky and Jack Johnson all included her as a background dancer. She is most known for her involvement in a number of episodes of the fifth season of Lifetime’s dancing reality television competition “Dance Moms” in 2015. She appeared as the lead dancer in the music video for “Kendall K: Wear Em Out” alongside other “Dance Moms” contestants. She participated in a photo shoot with Shark Cookie’s David Hofmann.

When Addison Moffett was seven years old, she began dancing. She and her older sister, Alexa, started training at Dance Connection 2 in Gilbert after moving to Arizona. When she was chosen as a background dancer for contestant Diamond White on “The X Factor,” she signed with Bloc Talent Agency and landed her first job at the age of 13. She changed to Club Dance Studio in Phoenix, Arizona, where she began training, and her sister joined as a choreographer, in 2013, bringing the two of them with them.
2014’s “America’s Got Talent” Sunday Special had a dance performance by Addison Moffett. At the conclusion of the 2015 competition season, Alexa reportedly had a falling out with the club’s owner, Kelli Wilkins, as a result of which the two sisters quit the organization. While Addison trained there during her senior year and competed with their adolescent competition team, Alexa became the contemporary and lyrical choreographer there after Molly Long, a friend of Alexa’s, launched her own studio called “Project 21” the next year.

As a background dancer during the Sheer Talent competition on February 10, 2015, Addison first appeared on “Dance Moms” in Season 5 Episode 6, “Nia Risks It All,” where she later achieved fame. She assisted Abby and Gianna in the following episode and made a brief cameo appearance in the extra material for the L.A. auditions. Now she is also associated with her sister’s “Alexa Moffett Studios.”

Addison Moffett has received professional training in a variety of dance genres, including lyrical, contemporary, modern, hip hop, jazz, ballet, and musical theatre. She has won numerous regional and national dancing competitions. In 2011, she won the titles of “WCDE Elite Teen Dancer” and “Teen Miss Showbiz.” She received accolades the following year, including “NUVO Teen Female Breakout Artist” and “Teen Hall of Fame Solo Inductee.” She won the 13 and older division of Abby Lee’s online dance competition, “ALDC Dance Off,” in 2013. She placed third for “Best Female Dancer” in the teen division at “The Dance Awards” in Las Vegas in 2014 after receiving the highest score in the teen category with her solo performance of “Latch.” She won the (Senior) “Miss Dance of America” title with the same performance in 2014 at the KAR Las Vegas Nationals at the Blue Room. In 2012 and 2013, she twice won the title in the “Teen” category.

Addison Moffett and Kalani Hilliker, another “Dance Moms” star, co-founded the YouTube channel “KalaniAddy” in 2015. On Tuesdays, they posted a variety of films, such as room tours, instructions on fashion and beauty, and more. But in May 2016, all of the channel’s videos mysteriously vanished without a trace, and the name of the channel was changed to “AddyKaylee.” Kalani stated in a tweet on May 8 that she never gave Addison permission to use the channel as her own and offered her “side of the story.” Later, a fan discovered a comment made by Kalani’s mother, Kira Girard, in which she claimed that Kalani was unable to dedicate any time to the channel because of her increasingly hectic schedule. Despite their alleged agreement to “dissolve” the channel, Addison chose to keep it for herself. A few weeks later, Addison removed the channel, and she now manages a different channel that she started in March 2015. Typically, she updates the channel with vlogs.

Mark Moffett and Diane Hynek-Moffett welcomed their daughter Addison Kaylee into the world on February 3, 1998, in Saint Paul, Minnesota. She has a brother named Caden as well as an older sister named Alexa. A well-known choreographer is her sister Alexa. She was nine years old when they relocated to Arizona. After the 2015–16 competition season, she earned her degree.

Wikipedia, Forbes, IMDb, and other online sources estimate that at the age of 21, the well-known dancer Addison Moffett is worth between $1 and $5 million. She worked as a dancer professionally to make the money. She is Minnesotan.