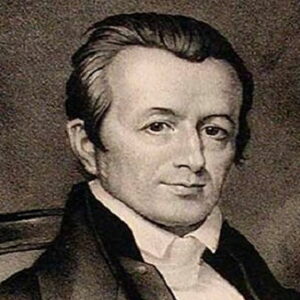 Adoniram Judson was an American missionary who spent nearly four decades in Burma. Before him, missionaries such as James Chater and Richard Mardon had served in Burma, but they did not remain in the country for long. Even though Judson was not the first missionary to Burma, he was the first North American Protestant missionary to preach there. He originally arrived in Burma when he was in his mid-twenties and preached Christianity to the populace for nearly four decades. He began learning Burmese as soon as he arrived in Burma, and he translated the Bible into Burmese during the subsequent years. As the son of a Congregational pastor, he was exposed to Christian doctrines from a young age. He read his father a chapter from the Bible when he was only three years old, demonstrating his intelligence. His proud father hoped that one day his son would follow in his footsteps. However, Adoniram grew disillusioned with religion for a time and began to stray from his faith until the death of a friend prompted him to return to Christianity. He chose to become a missionary and traveled to Burma to share the Christian faith with the locals.

Adoniram Judson, Jr. was born in Malden, Middlesex County, Massachusetts on August 9, 1788, to Congregational clergyman Adoniram Judson, Sr., and his wife Abigail.
At the age of three, his pious parents instilled in him a passion for God, and he began reading the Bible. As a student, he enjoyed reading and learned quickly.

At the age of 16, he enrolled at the College of Rhode Island & Providence Plantations (now Brown University), where he once again distinguished himself academically. During this time, though, he became acquainted with skeptics who attempted to turn him away from the Christian religion.

Jacob Eames, a skeptic friend of Judson’s, fell ill and died, leaving Judson beyond belief. This encounter pushed him to return to his religion, which he had nearly abandoned.
He then attended the Andover Theological Seminary, where he made a formal commitment to God in 1808. During his final year in the seminary, he decided to become a missionary.

In 1810, he joined a group of students at Andover dubbed “the Brethren” who were mission-minded. Judson produced a petition that was presented to the General Association of Massachusetts (Congregational) and eventually resulted in the formation of the American Board of Commissioners for Foreign Missions.

In January 1811, the newly constituted board despatched him to England to visit the London Missionary Society, as an American missionary-sending organization did not yet exist. However, his ship was caught by a French privateer, and the entire crew was imprisoned for a brief period. Upon his release, he visited the Missionary Seminary at Gosport, and in August he went to New York.

Later in 1811, he was appointed as a missionary to the East by the American Board of Commissioners for Foreign Missions and ordained in February 1812.

Together with his wife, he proceeded to Calcutta, India, in June 1812, and they were both baptized in September. In July 1813, after realizing that there was little opportunity to evangelize Hindus in India, they headed to Burma.
The missionaries’ first years in Burma were marked by significant challenges. In addition to suffering from tropical illness, they lost their son, Roger. However, the courageous pair never lost their faith.

Adoniram Judson spent several years mastering the Burmese language and adapting evangelism to local culture. In 1819, he opened his first preaching location and baptized his first Burman convert, Maung Naw. He also initiated the translation of the Bible into Burmese.

In the following years, he erected a church and schools. In addition, he labored relentlessly to establish a Baptist Christian community that eventually swelled to over 500,000 members.

Midway through the 1820s, while the First Burmese War with Britain was in full flow, Myanmar forces imprisoned Judson. Together with other foreign inmates, he was subjected to severe torture. Despite this, he remained unwavering in his religion. Ann, his liberated wife, worked tirelessly to obtain his liberation even as she strained to keep herself and their newborn alive.

Judson was liberated at the conclusion of the war. Shortly after he was released from prison, however, both his wife and infant passed away.

He continued his evangelizing, as well as his translation and writing endeavors. In 1834, he completed the Burmese language Bible translation. It took him a few more years to rewrite his work, and by 1840, the book was ready for publication.

He worked tirelessly for the Christian cause to the very end of his life. At the time of his passing, he had left behind the translated Bible, 100 churches, and more than 8,000 followers.

The Burmese translation of the Bible by Adoniram Judson is regarded as his greatest contribution to evangelism. It took him several years to translate the book that finally assisted the missionary endeavors of future Burmese missionaries. His translation remains the most popular version in Myanmar today.

On April 12, he is celebrated with a feast day on the liturgical calendar of the Episcopal Church (USA).
In Myanmar, Baptist congregations observe “Judson Day” every July to commemorate the missionary’s arrival.

In 1812, he wed Ann Hasseltine, who later became one of the first American female missionaries abroad. Ann experienced a miscarriage and later gave birth to two children. Unfortunately, both of the children passed away as infants. In 1826, Ann died of an illness.

In 1834, he married the widow of fellow missionary George Boardman, Sarah Hall Boardman. The couple had a total of eight children, five of whom reached adulthood. In 1845, his second wife died.
In 1846, the author Emily Chubbuck became his third wife. She had two children, one of them passed away shortly after birth.

In 1850, Adoniram Judson contracted a severe lung infection and was recommended by doctors to embark on a sea expedition. On April 12, 1850, he died at sea in the Bay of Bengal and was buried at sea. At the time of his death, he had served as a missionary in Burma for 37 years.

Adoniram Judson has an estimated net worth of $5 million dollars and earns a living as a lexicographer, translator, Bible translator, linguist, and missionary. We lack sufficient evidence concerning Adoniram Judson’s automobiles and lifestyle.