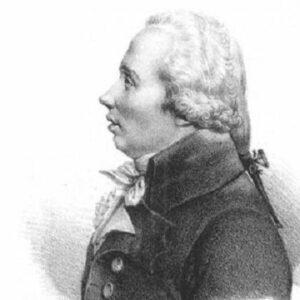 Adrien-Marie Legendre is a well-known French mathematician who has a place of honor in the field. Since he spent his early years doing a lot of research, he has a number of theories to his name. Legendre’s work in elliptical, physical, and mathematical analysis helped many other researchers in the same field find their way. He taught at a well-known science institute in Paris, where he also did his own research and put out books at the same time. His main areas of work include elliptic functions, number theory, gravitational attractions, geodesy, calculus, and many other areas of mathematics. He has been given a number of titles and memberships to recognize his work in mathematics and physics. He came up with the least squares method, which is used in linear regression, signal processing, statistics, and curve fitting, among other things. He came up with the idea of the Legendre transformation, which is used to go from the Lagrangian form of classical mechanics to the Hamiltonian form. In thermodynamics, the Legendre transformation is also used to get the enthalpy, Helmholtz energy, and Gibbs energy (free energy) from the internal energy.

Adrien-Marie Legendre was born in Paris to a wealthy family on September 18, 1752.
Because he came from a wealthy family, he was able to study and research for longer (the 1770s till the French Revolution).

He went to College Mazarin (Collège des Quatre-Nations) in Paris to study physics and math, where he was praised for arguing against his own thesis.
He learned math from Abbé Joseph-Francois Marie, a well-known mathematician.

From 1775 to 1780, he taught math at the École Militaire in Paris, France, along with Pierre-Simon Laplace.
“Treatise on Elliptic Functions” (1786), one of his most famous works, is about elliptic integrals. In it, he made tables that show the values of elliptic integrals and how they can be used in mechanics and dynamics.

In 1786, Legendre spent most of his time working on calculus, especially on how to find the maximum and minimum of a set of numbers.
In 1783, the French Academy of Sciences asked Legendre to join because of his work on how elliptical bodies are attracted by gravity.

In 1784, he added to the previous paper with “Recherches on the Shape of Planets.” This was a big step in the development of polynomials, which are used a lot in physics and engineering, along with transformational ideas.
In 1787, he was part of a team from the Paris Observatory and the Royal Greenwich Observatory that used trigonometry to study geodetic measurements.

He made many contributions to mathematics, such as creating the metric system with Cassini and Mechain, the standard meter, and logarithmic and trigonometric tables.

In 1794, a famous math book called Elements of Geometry was published. In this book, Legendre tried to make Euclid’s ideas easier to understand. People in the United States liked his book a lot, and from 1819 on, it was translated into a number of other languages.

From 1799 to 1815, Legendre was in charge of math tests for artillery graduates at École Militaire.

In 1806, he wrote a book called “Nouvelles Methodes pour la Determination des Orbits des Cometes” in which he talked about how comets move around the sun.

After the French Revolution, Legendre was put in charge of the math department at the French Academy of Sciences, which reopened in 1795 as the Institut National des Sciences et des Arts. He also kept working on geometry after Napoleon took control of the country in 1803.

In 1824, he didn’t vote for a candidate from the government at the Institut National. As a result, the ultra royalist government’s Minister de L’interieur took away his pension for his time at Ecole Militaire. When a new government took over in 1828, things changed.

He was the first person to show that and 2 are not rational and to prove that does not form the square root of any algebraic equation with finite terms and rational coefficients.

In his book “Nouvelles méthodes pour la détermination des orbites des comètes,” Legendre talks about the first study of the least squares method (New Methods for the Determination of Comet Orbits, 1806).
His other research project, called “Theory of Numbers” (1830), was a collection of all the work he had done on the subject. The law of quadratic reciprocity was also talked about.

Legendre was always a source of ideas for other people who worked in this field. Legendre’s work was a big part of what led to the Galois Theory, the number theory, and Abel’s elliptic work.

In 1782, the Berlin Academy of Sciences recognized and praised his work on the curves made by bombs and cannonballs and on figuring out distances based on speed and angle of projection.
In 1789, he became a member of the British Royal Society.

He lost his pension because he didn’t vote for a candidate chosen by the government for the Institut National. But after the government changed in 1828, Legendre was made an Officer of the Legion of Honor in 1831.
In 1832, the American Academy of Arts and Sciences made him an honorary member from outside the country.

In 1793, Legendre tied the knot with Marguerite-Claudine Couhin.
During the chaos of the French Revolution and the closing of the Academy of Sciences, Legendre had to give up the family fortune.

After losing his pension, his health problems and lack of money made things hard for him. He died in Paris on January 10, 1833, at the age of 81. He had been sick for a long time.

His wife kept his things so that they could be remembered. She was then burned in 1856 in Auteuil, next to Legendre ( the village where they both last lived together)

On the first level of the Eiffel Tower in Paris, plaques were put up to honor Legendre and 72 other well-known French scientists.
After him, the Legendre Crater on the Moon and the main-belt asteroid 26950 Legendre were named.