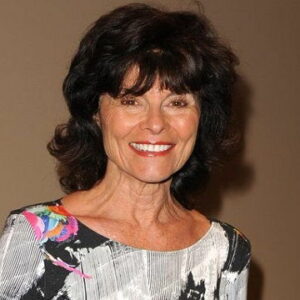 Adrienne is an actress and author from the United States who has starred in a number of cult classic horror films. She began her career as a dancer and rose to fame as a genre actress in feature films. She is most recognized for playing Rizzo, the feisty and resolute heroine in the Broadway musical “Grease.” Her portrayal of Bea Arthur’s character’s daughter in the television sitcom ‘Maude’ is also regarded as one of her most notable roles. She was cast in a variety of sci-fi thrillers after being cast by her then-husband in the horror film ‘Fog,’ which became a commercial hit. ‘The Cannonball Run’ and ‘Back to School’ also featured her in comedic roles. Her other well-known roles include Catwoman in the animated Batman series, for which she provided the voice. She continued her animation experiment by giving voice to the wicked Helga Von Guggen. She has also written three novels, one of which is an autobiography titled ‘There Are Worse Things I Could Do.’ ‘Vampyres of Hollywood’ and a sequel, ‘Love Bites,’ were her other two books. Read the biography to learn more about Adrienne’s life and work.

Barbeau began her professional career as a go-go dancer. She lived in New York City from the late 1960s to the early 1970s. Army personnel used to be entertained by go-go dancers, and her experience as a dancer was the start of her showbiz career.

She was hired as a member of the choir for the musical ‘Fiddler in the Roof’ in 1968. Later, she was cast in the role of Hodel in the same play, which was also her acting debut. In 1971, she went on to portray the lead in the off-Broadway musical ‘Stag Movie.’ Adrienne’s portrayal of Cookie Kovac cemented her reputation as a sex icon in the industry.
Her performance in the 1972 Broadway musical ‘Grease,’ in which she played the obstinate girl ‘Rizzo,’ earned her numerous honors, including a Tony Award nomination.

She played the daughter of the female lead in the comedy sitcom ‘Maude’ from 1972 until 1978. Adrienne made a wonderful friend in Bea Arthur, who played her mother in the series, and the bond grew stronger over time.
She appeared on a number of television shows in the late 1970s, including ‘The Love Boat,’ ‘Fantasy Island,’ and ‘Battle of the Network Stars.’ In the ‘Battle of the Network Stars,’ she was a member of the CBS Network team.

Barbeau was introduced to a new kind of film because to the success of John Carpenter’s horror film “The Fog” from 1980. The picture, which marked her theatrical debut, was also a financial success, grossing over 21 million dollars in the United States alone. She was cast in a number of science fiction and thriller films following the popularity of ‘Fog,’ including ‘Escape from New York,’ ‘Creep Show,’ and ‘Swamp Thing.’

In addition to horror films, she appeared in a few comedies in the 1980s, including ‘The Cannonball Run,’ ‘Back to School,’ and ‘Cannibal Women in the Avocado Jungle of Death.’ In 1992, Adrienne portrayed Silvia Hartnell in the television miniseries ‘The Burden of Proof.’ She then went on to appear on the ‘Drew Carey Show’ before attempting to create animation characters. In the animated Batman series, she provided the voice of Catwoman. ‘Adrienne Barbeau’, a folk music album, was released in 1998. She also hosted talk shows on television and radio. She played the evil Helga Von Guggen in the animated series ‘Totally Spies.’

She starred in the television series ‘Carnivale’ and the off-Broadway play ‘The Property Known as Garland’ from 2003 to 2006. During this period, she was also working on her biography, ‘There Are Worse Things I Could Do.’
She has written two more novels since her biography was released in 2006. Her first novel, ‘Vampyres of Hollywood,’ was published in 2008 and co-authored by Michael Scott. A sequel, dubbed ‘Love Bites,’ was released two years later.

Her performances in the musical ‘Grease’ and the horror film ‘Fog’ are considered her best and cemented her reputation as a genre artist.

Adrianne and her director, John Carpenter, fell in love during the filming of ‘Someone’s Watching Me!’ After then, in 1979, both of them married. The couple kept a low profile during their marriage, which ended in divorce shortly after their son John Cody was born.  Barbeau married producer Billy Van Zandt again in 1992. During the play ‘Drop Dead,’ the two became extremely close. Adrienne Van Zandt gave birth to twin sons Walker Steven and William Dalton Van Zandt at the age of 51.

Adrienne Barbeau is a $5 million dollar actress and author from the United States. Adrienne Barbeau was born in Sacramento, California, and started her career as a performer with the San Jose Civic Light Opera. She performed as a go-go dancer in New York for a while before making her Broadway debut in “Fiddler on the Roof.”

The character of this American actress in the 2007 horror film ‘Haloween’ was cut and eventually omitted from the final cut.