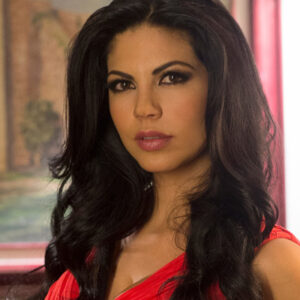 Africa Zavala is a well-known Mexican actress best recognized for her roles in the television series ‘Corona de Iagrimas’ and ‘La Maiquerida,’ for which she received nominations for the TVyNovelas Best Co-star Actress Award in 2013 and 2015, respectively. Africa, who grew up in a middle-class family in Mexico, earned her way to fame by sheer hard work and determination. She began taking personality development and dancing classes at a young age in order to prepare for a career as an actor and public figure. She is known for her amazing beauty and shapely form, which are her most valuable assets, even at the age of 30. She has primarily worked on Mexican television, but she has also appeared in a few films. She is now one of Mexico’s most well-known actors, with a net worth of around one million dollars. Despite the fact that she has lived the life of a celebrity and has a slew of fans, she is currently unmarried and prefers to remain so for the time being in order to advance her profession. Africa Zavala is known for her ambition, and nothing will stop her from accomplishing her goals.

She demonstrated her brilliance in her first appearances, which garnered great reviews, earning her the nickname “Peregrina” in show industry circles.

She had just graduated from CEA Televisa with a degree in acting, and the world of glamour was opening up before her. In 2008, she landed a leading part in the telenovela ‘Cuidado con el angel,’ playing Elsa Maldonado San Roman, the protagonist’s cousin. Her performance had improved by that time, and she had established herself as a force to be reckoned with.

In 2009, she starred opposite Ludwika Paleta and Jaime Camil in the telenovela ‘Los Exitosos Perez,’ which was shot in Argentina. Africa’s performances improved with each appearance, and she had established herself as a celebrity in her own right. She was cast as one of six protagonists in the telenovela “Para Volver an Amar” in 2010, alongside Rebecca Jones, Neilea Norvind, Alejandra Barros, Sophie Alexander, and Zaide Silvia Gutierrez. The following year, she starred alongside Elizabeth Alvarez, Diego Olivera, and Daniel Arenas in the telenovela ‘Amorcito Corazon.’
Her major break occurred in 2012, when producer Jose Alberto Castro announced that she would star with Victoria Ruffo in his telenovela “Corona de lagrimas.” The telenovela premiered in 2014 and was a huge hit, earning her a nomination for “Best Co-Star Actress for Africa Zavala.”

Her next role, alongside Itati Cantoral, Eduardo Yanez, and Ernesto Laguardia in the telenovela “Amores con trampa,” was a smash hit.

Africa appeared in the film ‘No se si cortarme las venas a dejarmelas’ in 2013, in addition to her television performances. From humble beginnings, she has carved out a niche for herself in the Mexican television business, and we can expect to see more of her on the big screen in the future.

Africa Zavala was born in Africa. Ivonne Lechuga Zavala was born in Mexico City, Distrito Federal, on August 12, 1985. She is of mixed South American ancestry and comes from a three-child Mexican middle-class household. Her parents and early upbringing with her two siblings are little mentioned.

She was influenced by the glitter of superstars as she grew up, and she aspired to be a model in order to dress elegantly and live a pleasant high society life. She enrolled in English classes and took dance lessons from an instructor in order to reach her goal. She went on to complete her education at Televisa’s CEA, where she learned the intricacies of acting and show business.

She took extra personality development classes, among other things, to prepare herself for the world. She has maintained superb health and appears to be much younger than her true age. She has matured and carries herself with grace, in addition to her appearance.

She has a significant following on Twitter and Instagram and has used social media to connect with her admirers all around the world.

She was in a relationship with Alejandro Ibarra from 2006 to 2009, however they ended their relationship due to personal concerns. She later began dating Jorge Coch, but the relationship did not last long. According to social media, she is now single and has no aspirations to enter into a long-term relationship because it would interfere with her profession.

Reading, travel, swimming, squash, and horseback riding are among her other hobbies, and she works out regularly at the gym to stay in shape.