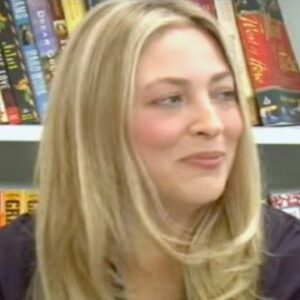 Afton Smith is an actress from the United States who has appeared in films and on television. Brendan Fraser’s ex-wife. Smith, who was born in New York, wanted to be an actor since she was a child. She made her film debut as Kim in the 1987 picture ‘Less Than Zero.’ She also starred in the television movie “Once Again” that same year. Smith’s career never truly took off, despite working on a few somewhat successful projects at first. She met Fraser in 1993 and collaborated with him on the popular picture ‘George of the Jungle,’ which was released in 1997. In September 1998, they married and had three sons together. However, the marriage began to fall apart in the mid-2000s, and in April 2008, the couple divorced. She was given $900,000 in alimony and child support payments per year, which Fraser challenged in court in early 2013, claiming financial inability. Smith, on the other hand, alleged Fraser was concealing financial assets.

Smith was born on December 3, 1967, in Northport, New York, in the town of Huntington. Fraser, who was born on December 3, 1968, is exactly a year her senior. Her family and childhood are largely unknown.
Smith made her cinematic debut in 1987 with the crime drama ‘Less Than Zero.’ The picture, which also features James Spader, Jami Gertz, and Robert Downey Jr., is based on Bret Easton Ellis’ novel of the same name. Her next effort was the 1987 television film “Once Again,” in which she played a character known only as “Girl in Disco.”
She was cast in the romantic comedy ‘Pyrates,’ which chronicled the story of a couple (Kevin Bacon and Kyra Sedgwick) who experience pyrokinesis after having sex, after four years of struggling and not obtaining any employment. ‘Fried Green Tomatoes,’ Smith’s following feature, was also released in 1991. Smith portrayed Leona Threadgoode, a member of the Threadgoode family, in the comedy-drama, which was based on Fannie Flagg’s novel “Fried Green Tomatoes at the Whistle Stop Cafe.”
‘Reality Bites,’ a romantic comedy released in 1994, was her first big smash. Janine, a girl Troy Dyer (Ethan Hawke) dates, was played by her. Despite the fact that she only appeared on screen for a few seconds, her role has a big impact on the plot.
She made an uncredited appearance in the season one episode ‘Party!!!’ of UPN’s sitcom ‘Pig Sty’ in 1995. That was her one and only appearance on television. She played Becky, a small part in the independent comedy-drama ‘A Reason to Believe.’
She co-starred in ‘George of the Jungle,’ a 1997 live-action film adaptation of the Jay Ward cartoon of the same name, with her then-boyfriend Fraser, as one of Ursula Stanhope’s (Leslie Mann) friends. She also worked on ‘Dickie Roberts: Former Child Star,’ a critically panned slapstick comedy (2003). Her career was stagnating, so she stopped working after marrying Fraser. She chose to stop performing for good after the birth of their first child in 2002 and devote her time to raising the children.
Aside from performing, Smith is the author of ‘Hollywood Picks the Classics: A Guide for the Beginner and the Aficionado,’ a well-received book. Bulfinch Press published the book on November 3, 2004, under the name Afton Fraser.

On July 4, 1993, Smith and Fraser met at Winona Ryder’s house for a cookout. Ryder introduced her to Fraser while he was filming ‘Reality Bites,’ which also starred Smith. They were engaged in October 1997 after dating for four years.
Smith and Fraser married in the grounds of the Bel Air Hotel in Los Angeles on September 27, 1998. Griffin Arthur Fraser, their first child, was born on September 17, 2002. Holden Fletcher Fraser, their second son, was born on August 16, 2004, and Leland Francis Fraser, their third son, was born on May 2, 2006.
Smith and Fraser have been experiencing issues for quite some time. Fraser’s publicist stated in December 2007 that the pair had chosen to divorce. In April of 2008, the divorce proceedings began. Because Fraser was one of Hollywood’s biggest actors, and Smith was essentially a stay-at-home mom, the court ordered Fraser to pay her $50,000 per month in alimony. He was also ordered to pay her an additional $300,000 in child support each year.
Fraser requested a reduction in alimony and child support in early 2013, claiming that he was not as busy professionally as he formerly was. Smith responded by insisting that he was still making at least $3 million per year and thus should continue to pay the agreed-upon sum. The case was eventually settled.