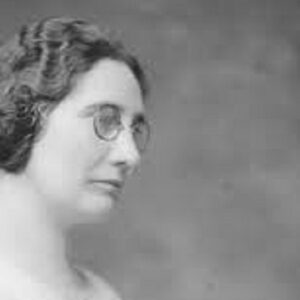 Agnes Campbell Macphail was Canada’s first female member of the House of Commons. She was also one of the first two women to be elected to Ontario’s Legislative Assembly. Agnes was active in progressive Canadian politics throughout her life, supporting her ideals as an activist, columnist, and legislator. While working as a teacher in Ontario, she used to write essays for the Farmer’s Sun. She began her active political career at the same time. She was always fascinated by issues relating to agriculture. She joined the United Farmers of Ontario to satisfy her ambition to represent the farmers in her region. She even used to contribute agricultural columns to the Toronto Globe and Mail. Aside from that, she publicly expressed her dissatisfaction with the Royal College of Canada’s educational standards. She was a feminist who advocated for international collaboration, pensions for the elderly, prison reforms, and disarmament. The Archambault Commission was established as a result of her desire to evaluate the state of Canadian prisons. In the Women’s International League for Peace and Freedom, she was a key figure. She was the first Canadian woman to serve on a League of Nations delegation.

Agnes McPhail was the daughter of Dougald McPhail and Henrietta Campbell and was born in Proton Township, Ontario. She went to Owen Sound Collegiate and Vocational Institute for her education before going to Stratford Teachers College.

In the federal election of 1921, she was elected to the House of Commons as a member of the Progressive Party of Canada for the Grey Southeast riding district. She is renowned as Canada’s first female Member of Parliament.

She expressed her dissatisfaction with the Royal Military College of Canada’s teaching methods and standards in 1924. This institution, in her opinion, provided low-quality education to the sons of the wealthy.

She was re-elected in the federal elections of Canada in 1925, 1926, and 1930. She stated her unhappiness with the Royal Military College of Canada as a pacifist for the second time in 1931.

She joined the socialist Ginger Group as a member of the Progressive Party. This organization was instrumental in the founding of the Co-operative Commonwealth Federation (CCF).

She was the inaugural president of the Ontario CCF in 1932. She quit the CCF in 1934, when the United Farmers of Ontario ceased to function politically due to concerns about Communist influence in the Ontario CCF.

Even after quitting the CCF, she maintained contact with numerous CCF MPs and even attended CCF political meetings. After being elected as a United Farmers of Ontario-Labour MP in the 1935 federal election, she was granted permission to use the party’s name.

She was also the first female delegate from Canada to the League of Nations, which was held in Geneva, Switzerland. She was a member of the World Disarmament Committee at the time.

She was defeated by Progressive Conservative candidate Alfred Henry Bence in the 1940 election. It was her final federal election campaign as a candidate.

She was the first woman to be sworn in as a member of the Ontario Provincial Legislature. Agnes was defeated in the provincial election of 1945. She was re-elected in the 1948 election. In 1951, Ontario’s first equal pay legislation was approved thanks to her efforts.

Her political activism reflected her great commitment to rural issues. Aside from that, she fought to modify the penal code. In 1936, the Archambault Commission was established as a result of this.

She founded the Elizabeth Fry Society of Canada in 1939 to better the status of women in the criminal justice system in Canada. She also advocated for seniors’ pensions and workers’ rights.

She died at the age of 63, just a few months before being appointed to the Canadian Senate. In Priceville, Ontario, she was laid to rest. Agnes Macphail lived her entire life as a bachelor.

Agnes Macphail’s estimated net worth is $1 million dollars, with her primary source of income as a politician.

On the 50th anniversary of Macphail’s election to the Ontario legislature, in 1993, it was determined that March 24 would be designated as Agnes Macphail Day.

East York council chose to honor Agnes Macphail in 1994 by establishing the Agnes Macphail Award, which is given to an East York resident who has made outstanding achievements to equality rights and social justice.