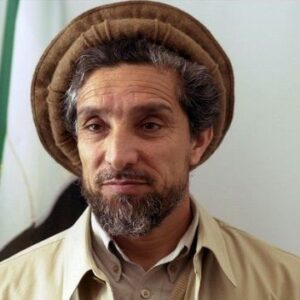 The ‘Lion of Panjshir’, Ahmad Shah Massoud, was a political and military leader who became one of Afghanistan’s most recognizable figures. Massoud grew up in various parts of Afghanistan, as the son of an Afghan Royal Army colonel. He was a talented student who excelled in languages and eventually moved to Kabul University to study engineering, when he met the Jamiet-e-Islami. He joined the Jamiet-e-student Islami’s wing and joined the fight to free Afghanistan from the PDPA’s Soviet-backed communist government. After the Soviet invasion of Afghanistan in 1979, Massoud formed the mujahideen and fought for over a decade before the Soviets chose to give up and leave. Massoud became one of the country’s most prominent political and military figures after helping to remove the communist state and later opposing the Taliban.

He was born on September 2, 1953 in Bazarak, Panjshir Province, Afghanistan to Dost Mohammad Khan and his wife. The Royal Afghan Army colonel’s son
Massoud attended local schools in Herat, Afghanistan, before moving to Kabul to study at the exclusive Lycee Esteqlal.

He was a promising student who learned English, French, Pashto, and Urdu among other languages. He then studied engineering at Kabul University.

Massoud joined the Muslim Youth, the student branch of the Jamiet-e-Islami, to oppose the communist government led by Mohammed Daoud Khan, which came to power in 1973. Two years after taking control, an Islamic rebellion was put down, and a long war of attrition began.

A Career of Ahmad Shah Massoud

Protests erupted across Afghanistan after the People’s Democratic Party of Afghanistan became a Marxist-Leninist administration, and Ahmad Shah Massoud helped by fighting government soldiers in Panjshir. He started the war in 1979 and had limited success.

After the 1979 Soviet invasion of Afghanistan, Massoud waged a decade-long fight against the Soviets from Panjshir. His objective was to win Afghan support for their cause and eventually defeat the Soviet-backed communist government.

The Jaimet-e-Islami mujahideen group fought the Soviets for 9 years, with little US assistance, as Massoud led an inexperienced squad of fighters to improbable victories. After suffering tremendous losses and defeats, the Soviet leadership withdrew its soldiers from Afghanistan. It was largely owing to Massoud’s tenacity.

After the Soviets left, the mujahideen led by Massoud targeted the communist government of Mohammad Najibullah, but it took three years for the government to fall. Massoud was offered the chance to lead Afghanistan, but he rejected until a political solution was established.

After the Peshawar Accord was signed in 1992, Ahmad Shah Massoud became the Islamic State of Afghanistan’s defence minister. With the offer of Prime Minister, Gulbuddin Hekmatyar of Hezb-e-Islami refused to honour the deal and started a war. After the Islamabad Accord, Massoud resigned and Hekmatyar became Prime Minister.

After the Taliban took over Afghanistan in 1996, Ahmed Shah Massoud moved his soldiers to the country’s north-east and formed the Northern Alliance. He led the main opposition to the Taliban administration and refused to relinquish his position despite being given authority. He also raised awareness about the Taliban’s terrible regime in Afghanistan.

Forcing the Soviets out of Afghanistan was Ahmed Shah Massoud’s biggest achievement as a militant leader.
President Hamiz Karzai bestowed upon Massoud the title of ‘National Hero of Afghanistan’ in 2001.

Sediqa Massoud was married to Ahmed Shah Massoud, but the date is uncertain. They have six kids, five girls and one boy.Massoud was murdered at Khwaja Bahauddin on 9 September 2001. Osama bin Laden allegedly carried out the attack with the help of Pakistan’s Inter Services Intelligence.