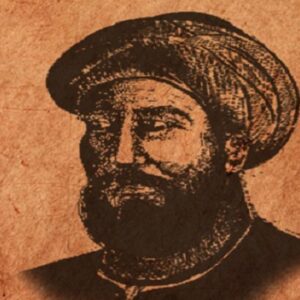 Al-Zahrawi, also known as Abu al-Qasim Khalaf ibn al-Abbas al-Zahrawi, was a renowned medieval Arab Muslim surgeon and physician who worked during the height of Islamic Civilization. His most famous work is the “Kitab-al-Tasrif,” a collection of 30 books on medical procedures. Zahrawi is recognized as one of the most outstanding Arab Muslim physicians of the “Middle Ages,” together with Ibn Sina and Al-Razi, and is also known as the “Father of Modern Surgery.” The principal physician in the court of the Spanish Caliph ‘Abd Ar-Rahman III an-Nasir was Al-Zahrawi. Despite primarily referencing “Epitome” by “Paul of Aegina,” a 7th-century Byzantine general practitioner, and mixing Middle Eastern and Greco-Roman conventional wisdom, his magnum opus on medicine and surgery, “Kitab al-Tasrif,” also included personal insights. Al-Zahrawi, for instance, provided the oldest recorded description of hemophilia, which he described in great detail. The medical dictionary has more than 1500 pages and is divided into parts for “surgery,” “medicine,” “ophthalmology,” and “orthopedics.” The encyclopedia includes a taxonomy of 325 diseases, replete with symptoms and treatment options, as well as illustrations of roughly 200 surgical instruments. The first medical book to devote 300 pages solely to surgery, including surgical dentistry and dermatology, was “Kitab al-Tasrif.” Therefore, it should come as no surprise that Zahrawi’s ground-breaking encyclopedia greatly encouraged modern Oriental and Western researchers to study Islamic medical literature.

Al-Zahrawi, also known as “Abulcasis,” was born in 936 CE at Madinat al-Zahra, a town adjacent to Cordoba in the Andalusia region of Spain, which at the time was ruled by Muslims.

Zahrawi was given the name “Al-Ansari” because he was a member of the “Al-Ansar” clan that originated in the Hejaz region of Arabia (modern-day Saudi Arabia). From Cordoba, he received his secondary and postsecondary education. In Cordoba, he studied, taught, performed surgery, and practiced medicine for most of his life.

Zahrawi had the good fortune to prosper and live in Cordoba during the height of Islamic culture. The three main religions of the medieval era—Christianity, Islam, and Judaism—coexisted in perfect harmony, which greatly benefited the arts, sciences, trade, and medical fields.

Al-Zahrawi worked as a physician for both the military Caliph, Al-Mansur, and the Umayyad Caliph Al-Hakam II. Over the course of more than 50 years, he provided his medical expertise while working under the supervision of Al-Andalusia Caliphate rulers who acknowledged his contributions to medical science.

Al-Zahrawi was an eminently egalitarian physician who gave each patient the same level of care regardless of their social or economic standing. He used to record his patients’ daily consultations in journals and keep a regular list of them. He was aided in writing his medical epic “Kitab-al-Tasrif” by his routine observations.

Al Zahrawi spent practically his entire life working to advance medical research, placing a particular emphasis on surgery. He immortalized himself by compiling his expertise and observations into the thirty-volume medical reference work “Kitab-al-Tasrif.” The compendium served as a physical representation of all that he had accomplished as a skilled surgeon, medical expert, and doctor.

The “Kitab-al-Tasrif” functioned as a handy reference book for both practicing physicians and medical students. It was made up of 30 different books, each focusing on a specific field or branch of medicine. For the first time in medical history, the book included illustrations that explained how to utilize roughly 200 surgical tools.

The earliest printed edition of the first two volumes, known as “Liber Theoricae,” appeared in Augsburg, Germany, in 1519. Over 300 illnesses were classified and detailed in the books, along with their symptoms and methods of treatment.

Toward the end of the 13th century, the 28th volume, which concentrated on pharmacology and pharmacy, was translated into Latin under the name “Liber Servitors.”

The 30th or final volume was devoted to surgery and emphasizes how to perform surgical procedures with the intention of curing illnesses and ails. Some chapters in the book included examples of how to perform the procedure while using a surgical tool.

The first medical text to devote as many pages only to surgical treatments and procedures was the volume on surgery, which had a total of 300 pages. Al-Zahrawi wrote extensively on surgery, its ancillary fields, and allied fields ranging from etiology to virology, and everything in between.

The surgical treatise was divided primarily into three categories: cauterization (56 sections), orthopedics (35 sections), and surgery. It also featured sections on gynecology, urology, orthopedic surgery, and military medicine (97 sections). Zahrawi underlined the importance of having a solid understanding of both general medicine and human anatomy and physiology.

Zahrawi invented a number of surgical techniques and tools that are being used today in operating rooms all around the world. He made catgut popular for internal suturing, for example. The human body readily accepts catgut, a unique thread made from the interior layers of animal intestines.

He invented and popularized numerous pieces of equipment and instruments that are widely used in operations today. For the first time, he performed unusual and difficult vaginal births with forceps. He pioneered the use of tongue depressors, hooks, and scissors for tonsillectomy.

One of the first surgeons to employ oral and local anesthetics to numb patients’ terrible agony during surgeries was Al-Zahrawi. On ladies with breast cancer, he performed a mastectomy. The removal of a woman’s breast or breasts during a mastectomy is a surgical procedure.

Nearly six centuries before Ambroise Pare, a 16th-century French surgeon, and expert in forensic pathology, provided a thorough description of the process of lighting, or medically tying blood arteries. 600 years after Zahrawi stated it, Pare had reported the closure of his temporary artery for migraine relief.

Al Zahrawi had outlined the manufacture of many medications using the lab techniques of distillation and sublimation in an earlier text on pharmacy and pharmacology. General practitioners, pharmacists, and druggists used the Latinized pharmacy book Liber Servitors, which included instructions for mixing complex medications, as a fast reference.

Al-viewpoint Zahrawi’s on pharmaceutical preparation was reasonable and realistic because he focused on both the prevention of diseases and their treatment. In order to maintain one’s health, he emphasized the importance of eating a balanced diet and abstaining from alcohol.

Perhaps no other surgeon or medical practitioner has received as many citations and references as Al-Zahrawi. After his death, not just in Christendom but also in other regions of the world, his surgical techniques and treatments had a significant impact that was documented by numerous historians and chroniclers of Arabic/Islamic medicine.

Serefuddin Sabuncuoglu, a physician in central Anatolia (modern-day Turkey) in the 15th century, wrote “Cerrahiye-to I-Hanniye,” a medical treatise that was essentially an interpretation of “Kitab Al-Tasrif.” Serefuddin nevertheless included his own observations and provided commentaries on the surgical procedures.

The French surgeon Guy de Chauliac, who lived in the 14th century, relied largely on “Kitab-al-Tasrif” and quoted it more than 200 times. 500 years after it was written, Al-masterpiece Zahrawi was still having an impact on medical professionals.

Al-Zahrawi passed away in 1013 CE after roughly 50 years of active medical practice in Cordoba.
In his hometown of Cordoba, a street bears the eminent surgeon’s name. He resided in House No. 6, which is still standing and has been lovingly restored by the Spanish Board of Tourism.