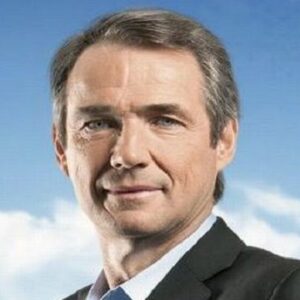 Alan Hansen is one of the players who helped make the football team “Liverpool” as well-known as it is today. Hansen had a career that lasted more than 20 years. During that time, he became known as one of the “biggest strengths” of every team he played for. Hansen didn’t quit football like most of his peers, who did. Instead, he went into television. Hansen has been giving his expert opinion at the end of every match for a long time on channels like BBC. He is known for both his funny comments and his sharp criticisms of football players who don’t do their jobs well. He once said what he thought about David Beckham saying, “You can’t win anything against kids,” when talking about Manchester United’s performance against Aston Villa. Even today, football fans and the media still talk about the comment. Hansen keeps himself busy when he’s not playing football by playing golf. He also shows up at a lot of award ceremonies and other events.

Alan Hansen was born in Sauchie, Scotland, on June 13, 1955. He attended the ‘Alloa Academy’ in Clackmannanshire for his primary education. Hansen has always been a sports fan, supporting the ‘Rangers Football Club’ since he was a child.

Simultaneously, Hansen increased his attention on golf in order to pursue a full-time career in the sport. With his father and sibling’s encouragement, he signed a trial contract with the ‘Hibernian Football Club’ at the age of 17.

Eddie Turnbull, the manager of Hibernian Football Club at the time, was impressed with Hansen’s football abilities and offered him a professional contract. Hansen declined the offer because he believed that his commitment to the club would interfere with his golfing ambitions.

Hansen intended to attend the ‘University of Aberdeen,’ but he chose to play for the ‘Partick Thistle F.C. instead. Because the requirements of joining the club, such as the application processing, took so long, Hansen was compelled to join the insurance company, General Accident.’ He ultimately became an official member of Partick after a long wait.

Hansen was one of eleven Partick players who appeared in the historic 1971 Scottish League Cup Final, in which the team overcame the popular ‘Celtic F.C’ 4-1.

In 1975-76, Hansen played 21 games for Partick. The team was promoted from the ‘Scottish First Division’ to the ‘Scottish Premier Division’ in his presence. Other football clubs, including the legendary ‘Liverpool,’ were quick to notice Hansen’s abilities.

Hansen joined the ‘Liverpool Football Club’ in 1977. The franchise signed him for a whopping 110000 Euros, which was a massive sum at the time. Hansen demonstrated his abilities in a match against the German squad ‘Dynamo Desden’ just one month after joining. He scored a goal for Liverpool in the 14th minute, helping his team to a comfortable 5-1 victory over Dresden.

Hansen continued to play for Liverpool in the following years, and in 1978-79, he helped his club win the league title. By this time, Hansen had established a positive reputation among fans and team management, which aided him in securing a position as a central defender.

Hansen’s career reached a pinnacle when he was named to Scotland’s national football squad and was picked to play in the 1982 World Cup. The team, however, did not go past the tournament’s group stage.

The ‘1984 European League Final’ was one of the few great moments Hansen enjoyed throughout his Liverpool stay. During this encounter, his team was tied with ‘A.S Roma,’ resulting in a penalty shootout. The match was won by Liverpool at Roma’s own ‘Stadio Olympico.’

Liverpool returned to the European Cup finals the following year, this time against ‘Juventus.’ Not only did Liverpool lose the match, but they were also barred from competing in the tournament after riotous fans killed a couple of Juventus fans in a post-match brawl.

In 1986, Hansen’s friend and Scottish citizen Kenny Dalglish took over as the club’s new manager, shortly after the accident. Hansen was named the team’s new captain by Kenny. Hansen led Liverpool to two titles: the FA Cup and the regular league tournament. This achievement was significant for Liverpool Football Club.

Liverpool only lost two games in the 1987-88 league season, winning the tournament and bringing Alan Hansen, the captain, honors. They also made it to the FA Cup final but were defeated 1-0 by Wimbledon in the tournament’s biggest upset.

In 1988, Hansen dislocated his knee while playing against ‘Atletico Madrid.’ Hansen’s career was severely hampered by the injury, and he only played six games that year.

In 1991, Hansen withdrew from professional football. He then became a football analyst for Sky Television and was seen delivering expert thoughts on the sport. Hansen subsequently went on to work for the world-famous ‘BBC Network,’ where he still works today.

Alan Hansen’s life was the subject of a documentary that was broadcast on the British Broadcast Channel (BBC) in 2014. The film was more of a celebration of the man’s accomplishments.

In 1980, Hansen married Janet. The couple, along with their children Adam and Lucy, lives in Southport, an English beach resort.

The 1989 ‘Hillsborough Disaster’ severely shook Hansen. A conflict between fans of the football clubs Liverpool’ and ‘Nottingham Forest’ resulted in the deaths of around 96 persons. Hansen wrote his memoirs later in life, in which he spoke about the catastrophe.

Hansen keeps himself occupied with golf when he is not busy with his football responsibilities. Clackmannanshire, Scotland is where he mainly plays the sport.

Alan was approached by clubs such as ‘Manchester United’ and ‘Liverpool’ about being their manager. However, he turned down both offers due to his lack of interest in managerial activities.

Alan Hansen is one of the soccer players with the most money and is on the list of the most popular soccer players. Based on what we’ve found on Wikipedia, Forbes, and Business Insider, Alan Hansen has a net worth of about $1.5 million.