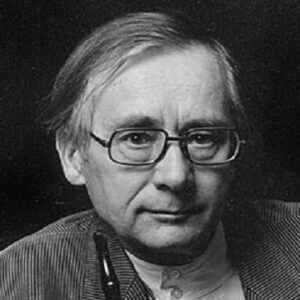 Alan Sillitoe is one of the best writers to come out of England in the 20th century. His career is one of the best ways to show that you don’t have to have a good education to be a great writer. Alan may have become creative because he didn’t have a lot of money and his father beat him up and made his life hard. In his early twenties, when he went to Europe, his life changed in a big way. The famous poet Robert Graves and the American poet Ruth Fainlight, who later became his wife, changed the way he thought about life. Alan went on to write more than 40 novels and 12 collections of poems as a result. Alan was one of the few people who spoke out against the cruel treatment of workers in Europe’s factories. Many of his works that were praised by critics showed that he felt for workers. Many writers today think that everything Alan has written is a masterpiece.

Alan was born in Nottingham, England, on March 4, 1928. His parents were Sabina and Christopher Sillitoe. Alan’s family didn’t have much money because Alan’s father worked in a bicycle factory and was only paid a small amount. He also changed jobs a lot and was not financially stable.

Alan stopped going to school when he was 14 because he failed the test to get into “Grammar School.” He ended up working at “Rayleigh Bicycle Factory” almost right away, and he did so for the next four years. Alan read books whenever he had time, and he also went out with girls at this time.

Alan joined the Royal Air Force after that. During the Emergency, he was sent to Malaya to work as a radio operator. Alan had gotten tuberculosis, which was found when he got back home. So, he had to stay in a hospital for the next 16 months.

Alan had to quit his job at the age of 21 because he was sick. He had to live on a pension of 45 shillings for a long time. Alan lived in places like France and Spain for seven years. In Spain, he met the well-known poet Robert Graves, who also gave him a lot to think about.

Alan’s first work, “Saturday Night and Sunday Morning,” was started by Robert and Alan working together. This work came out to the public in 1958.
The short story “The Loneliness of the Long Distance Runner” by Alan was turned into a movie in 1962.

Alan was asked to go to the Soviet Union several times in the early 1960s to talk about how workers were being mistreated. In 1968, he spoke at the “Congress of Soviet Writers Union,” where he talked about different kinds of abuse of people, some of which he had seen firsthand.

In 1995, Alan’s autobiography, called “Life Without Armor,” came out. This book, which was mostly about things that happened to Alan when he was young, went on to become one of his best-known works.

The book “Gadfly in Russia,” which came out in 2007, was his last piece of writing. In this book, Alan wrote about his different trips to Russia over the course of 40 years.

“A Tree on Fire,” a very underrated book, is one of Alan’s most important works. The book is about how people who work in factories have to deal with awful conditions. This piece of writing could have been about how the working class in the Soviet Union was mistreated.

In 1990, “Nottingham Trent University” gave him an honorary degree.

In 1994, the University of Nottingham gave him an honorary D. Litt.
Alan joined the Royal Society of Literature, one of Britain’s most prestigious literary groups, in 1997.

Alan thought his father was very violent, and they almost went hungry because of it. Alan was also influenced by his father when he wrote one of the main characters in his first book, “Saturday Night and Sunday Morning.”

Alan met American poet Ruth Fainlight while he was in Spain. In 1959, after dating for four years, they finally got married. David was the name of their son. Susan, a girl, was also given to them.
He died of cancer on April 25, 2010, when he was 82 years old.

Alan’s other works that were turned into movies are “The Ragman’s Daughter,” “Counterpoint,” and the very well-known “Saturday Night and Sunday Morning.”