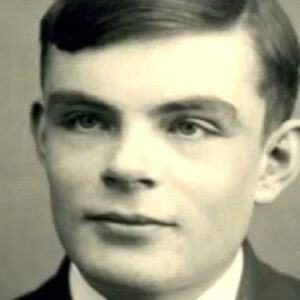 If it hadn’t been for the brilliant British mathematician Alan Turing, computers would not have existed. He went on to receive his PhD from ‘Princeton University’ after being a kid prodigy. He quickly rose through the ranks of the ‘Government Code and Cypher School’ (GC&CS) in Bletchley Park to become a key member of a group of code-breakers. He was tasked with deciphering the ever-changing German codes delivered through the innovative ‘Enigma’ machine. Alan’s ‘bombe’ contraption, which used a technique dubbed ‘Banburismus,’ made the nearly impossible task possible. This mathematician and his team of code-breakers eventually succeeded in cracking the ‘Enigma.’ However, two of his team’s code-breakers were discovered to be Soviet spies, and the work was classified as extremely confidential. For a long time, there were no records of Turing’s work, and the ‘Official Secrets Act’ banned him from discussing it with anyone. His homosexuality led to his conviction, however the British government later apologized for the conviction. The Academy Award-winning film ‘The Imitation Game,’ which was released in 2014, popularized his work and life.

Alan Mathison Turing was born in Paddington, London, on June 23, 1912, to Julius Mathison and Ethel Sara. Julius worked as a member of the ‘Indian Civil Service.’ John was Alan’s younger brother. He had his primary education at ‘St Michael’s,’ and then began studying at ‘Sherborne School’ in Dorset in 1926. He enrolled in ‘King’s College’ at the ‘University of Cambridge’ in 1931 and graduated with honors in mathematics three years later.

In 1935, he applied for a fellowship at ‘King’s College,’ where he wrote the work ‘On Computable Numbers, with an Application to the Entscheidungsproblem.’ He drew on Austrian mathematician Kurt Gödel’s research to construct basic imaginary devices known as ‘Turing machines’ in this study. Such a machine, according to his theory, is capable of calculating anything that can be quantified. Because of this assumption made by the young Turing, the modern computer was born.

During 1936-38, he was a student at ‘Princeton University,’ where he was taught by Alonzo Church, a notable American logician. Alan was also taught cryptology in addition to mathematics. He received his PhD from the university near the end of this period. Ludwig Wittgenstein taught him at the ‘University of Cambridge’ after that.

Turing began working part-time at the ‘Government Code and Cypher School’ (GC&CS) in September 1938, an outfit that specialized in breaking war codes. During ‘World War II,’ the GC&CS was based in Bletchley Park, and it was here that Alan was joined by fellow code-breaker Dilly Knox.

During ‘World War II,’ the young mathematician was tasked with cracking the codes given by German leaders. The codes were sent via the ‘Enigma’ radio equipment. The ‘Polish Cipher Bureau’ had disclosed their method of breaking the codes with the ‘GC&CS’ in 1939.

Knox and Alan attempted to simplify the difficult Polish techniques into a more manageable way. The indicators mentioned by the Poles were not very dependable, and the Germans could have changed them at any time. As a result, Turing experimented with decoding methods and created the ‘bombe.’
He created the ‘Banburismus,’ a decrypting technique based on statistical analysis, in December 1939. The ‘Banburismus’ had the ability to understand the more complicated ‘Enigma’ codes than those utilized by other belligerent countries.

On March 18, 1940, the first ‘bombe’ was activated in Bletchley Park, and it was designed to arrive at logical conclusions about what the ‘Enigma’ indicators signified using electricity.
Turing and his colleagues, Hugh Alexander, Gordon Welchman, and Stuart Milner-Barry, were becoming frustrated with their poor progress by the next year. They needed additional people and money, so they turned to Prime Minister Winston Churchill for assistance. Churchill gave in to the pressure and quickly had over 200 ‘bombes’ in position.

In 1942, the talented mathematician traveled to the United States to research ways for breaking the ‘Naval Enigma’ codes used by logicians at the Dayton, Ohio-based ‘Computing Machine Laboratory.’
In the same year, he devised the ‘Turingery’ system for combating and deciphering German coded signals delivered by their newly constructed ‘Geheimschreiber’ typing machine. At Bletchley Park, the device, which was based on the new technology and created by Alan, was dubbed ‘Tunny.’
Turing began working at the ‘National Physical Laboratory’ (NPL) in 1945-1947, when he built the ‘Automatic Computing Engine’ (ACE).

Around the same time, he published a research article in which he described his idea for a computer that could store pre-programmed programs. In 1950, while the famed mathematician was in Cambridge, a rudimentary and incomplete replica of the ‘ACE’ was built for testing purposes.
The ‘ACE’ is used in computers such as the ‘Bendix G-15,’ constructed in America, and the ‘Electric DEUCE,’ built in England.

Turing began working at the ‘Computing Laboratory,’ founded by mathematician Max Newman and based at the ‘University of Manchester,’ in 1948. Turing began to exhibit an interest in mathematical biology around this time.
He also worked as a lecturer at the University of Manchester’s Department of Mathematics in the same year. During this time, he began constructing a chess software with the help of his friend D. G. Champernowne, which could be played on a computer that he had imagined but not built.
He also invented the ‘LU decomposition method,’ a groundbreaking technique that is now used to solve matrices, in 1948.

The following year, he was elevated to deputy director of the university’s ‘Computing Machine Laboratory.’ While continuing to investigate abstract mathematics and artificial intelligence, he produced a sort of software known as ‘Manchester Mark 1.’
He devised the ‘Turing Test,’ which may determine whether or not a machine is ‘intelligent.’ With Champernowne’s help, a chess software called ‘Turochamp’ was created in 1950. Despite his declining health, he conducted mathematical biology research from 1952 to 1954, producing a thesis titled “The Chemical Basis of Morphogenesis.”

This scientist is credited with inventing the modern computer by proposing the concept of a ‘Turing Machine,’ which is simple but capable of completing any type of algorithm that can be measured and quantified.

Alan received the ‘Smith’s Prize’ from the ‘University of Cambridge’ in 1939 for his outstanding contribution to applied mathematics.
King George VI awarded this outstanding mathematician the ‘Most Excellent Order of the British Empire’ in 1945 for his contributions during ‘World War II.’

Alan met and fell in love with his classmate Christopher Morcom while attending ‘Sherborne School.’ Morcom died of bovine disease, unexpectedly ending their developing connection.
He proposed to Joan Clarke, a colleague at Bletchley Park, in 1941. The two became engaged, but the engagement was shortly put off because Turing believed it would be unjust to marry Clarke despite the fact that he was homosexual.
Alan began dating Arnold Murray, a 19-year-old, when he was 39 years old. Personal information regarding the mathematician’s homosexuality were revealed during a burglary investigation at his home, and Alan was arrested on charges of indecency.
He was given the option of hormonal castration or incarceration after his conviction in 1952. To continue his scientific studies at home, the brilliant logician chose hormonal castration via medicine.
Alan was poisoned at home on June 8, 1954. After an autopsy, it was determined that he had committed himself by ingesting huge amounts of potassium cyanide. This mathematical prodigy has been honored with a number of honors. Many biographies were also written, the most famous of which was written by the ‘Royal Society.’
This prominent mathematician is mentioned in American writer Neal Stephenson’s novel ‘Cryptonomicon,’ which was published in 1999.
Alan’s life was the subject of the 2014 film “The Imitation Game.” Benedict Cumberbatch, a British actor, portrays the mathematician in the film.
Several universities have honored him by naming halls, buildings, and even computer programs after him.
Turing is mentioned in Ian McEwan’s novel ‘Machines Like Me,’ which was published in 2019.

This well-known British mathematician was also a long-distance runner who competed in the 1948 ‘British Olympic’ tryouts. He was beaten by Thomas Richards, a well-known runner, by 11 minutes.