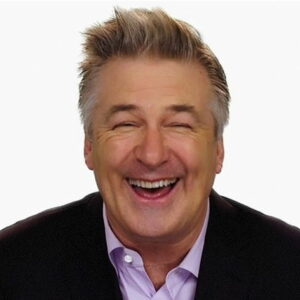 Alec Baldwin, who played Jack Donaghy on the hit television show ’30 Rock,’ is a versatile actor who can play serious, comedic, and character roles with equal aplomb. By the time he participated in the sitcom, Baldwin had already established himself as a renowned theater actor who had also dabbled in film. His performance as Jack, however, cemented his reputation as one of television’s most popular and well-liked actors. Baldwin, who has dark hair and a sleek appearance, is recognized for his parts in films such as ‘The Departed’ and ‘The Cooler.’ Alec was bitten by the acting bug when he was very young, despite the fact that none of his parents were in show business. He opted to study drama in college in order to pursue his dream of being an actor, and as a result, he began appearing in television shows. Three of his younger brothers went on to become actors as well, though Alec remains the most well-known of the Baldwin Brothers. He had a successful Broadway run and then proceeded to Hollywood, where he was cast in minor roles. He put in a lot of effort to establish himself in the industry, and he quickly moved into production as well. As much as he enjoys being on television and in movies, his true love is theatre.

Carol Newcomb and Alexander Baldwin’s eldest son, Alec Baldwin, was born. His father worked as a high school teacher, while his mother was a stay-at-home mom. He has two sisters and three younger brothers.
Alfred G. Berner High School was his alma mater. Later, he attended George Washington University and then the Tisch School of the Arts, where he studied drama. He was eventually admitted into the Actors Studio as a member.

In 1980, he made his television debut in the soap opera ‘The Doctors,’ playing Billy Aldrich, a young guy who is murdered by an elderly woman. He continued to appear in the series until 1982.
In 1984, he made his debut as Joshua Rush, one of the series’ main protagonists, in the soap opera ‘Knots Landing.’ He appeared in 40 episodes before leaving the show after his character was slain.
Alec made his Broadway debut in the production of ‘Loot’ in 1986. Other theatre appearances included a staging of Tennessee Williams’ ‘A Streetcar Named Desire.’
In 1987, he made his film debut in the film ‘Forever, Lulu,’ in which he played a minor role. He was cast in small roles in ‘Beetlejuice’ and ‘Working Girl’ the following year.
In 1990, he finally got a leading role in the film ‘The Hunt for Red October,’ in which he played Jack Ryan. During the Cold War, the story was set.
He was a member of the cast of the 1994 superhero film ‘The Shadow,’ which was based on Walter Gibson’s literary character of the same name. John Lone, Penelope Ann, and Tim Curry also appeared in the film.
In 1998, he starred in the film ‘Thick as Thieves,’ which was based on Patrick Quinn’s novel of the same name. His co-stars included Andre Braugher, Bruce Greenwood, and Rebecca De.
In the year 2000, he starred in the comedy ‘State and Main,’ about a group of filmmakers who want to make a movie about an old mill. Philip Seymour, Sarah Jessica Parker, and William Macy were among the cast members.
In the 2003 comedy picture ‘The Cooler,’ he played Shelly Kaplow, a casino owner who tells the story of an unlucky man known as “Cooler.” The picture got great reviews, with Baldwin’s performance being particularly praised. Along with acting in films, he also appeared on television, portraying Jack Donaghy in the NBC sitcom ’30 Rock.’ The show started in October 2006, and he continued to play it till the show ended in 2013. One of his best performances is believed to be in this series.
He was a member of the supporting cast in Martin Scorsese’s criminal film ‘The Departed,’ released in 2006. Leonardo DiCaprio and Matt Damon played the key roles in the picture. The film was a box office success and received numerous accolades.
In the romantic comedy film ‘It’s Complicated,’ he played the ex-husband of a bakery owner. The plot revolves around two ex-spouses who initiate an affair, upsetting their current marriages.
From 2009 to 2011, Alec Baldwin and Robert Osborne co-hosted TCM’s weekly film series “The Essentials.” After the death of Robert Osborne, he returned as the only host of ‘The Essentials’ in 2017.
In 2013, he launched a weekly show called ‘Up Late with Alec Baldwin’ on MSNBC, however it was canceled after only five episodes.

He is best recognized for his role as Jack Donaghy on the TV show ’30 Rock.’ His portrayal of a young man growing up in a challenging environment became a fan favorite and earned him multiple honors.

For his part in the sitcom ’30 Rock,’ he received the Screen Actors Guild Award for Outstanding Male Actor in a Comedy Series. The award recognizes a male actor’s outstanding performance in a comedic television series.

In 1990, he met actress Kim Basinger, whom he married in 1993. In 2002, the couple divorced after having a daughter.
In 2012, he married for the second time, this time to Hilaria Thomas. The couple has three children together: Carmen, Rafael, and Leonardo Angel Charles, and they are expecting their fourth child, a boy, in the near future.