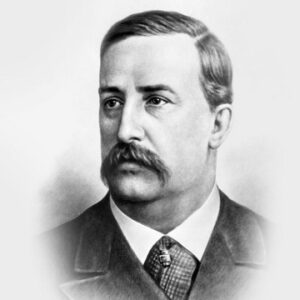 Music composer, doctor, chemist, and philanthropist Alexander Borodin was well-known. During his chemical studies, he developed an interest in chamber music. He wrote a number of symphonies, the best of which is “Prince Igor.” Franz Liszt, a Hungarian composer, was instrumental in establishing his reputation as a music composer outside of the Russian Empire. Some of the characteristics of his music composition include a strong lyrical quality and the presence of rich musical harmony. Mily Balakirev, a proponent of Russian nationalistic music, became a close friend of his. Balakirev’s work had a huge influence on him. He was a member of Russia’s ‘Five’ (Mily Balakirev, César Cui, Modest Mussorgsky, Nikolai Rimsky-Korsakov, and Alexander Borodin), a group of composers whose goal was to create an exclusive style of Russian art music. He discovered the ‘Aldol-reaction/condensation’ as a chemist, which plays a crucial role in organic chemistry. On the basis of his research, he published several scientific papers. He shared his idea for identifying urea in animal urine in one of his scientific papers. He established the St. Petersburg Medical School for Women, establishing himself as a great philanthropist.

He was the illegitimate son of Georgian Prince Luka Gedevanishvili and was born as Alexander Porfiryevich Borodin. Borodin’s mother was Evdokia Konstantinova Antonova, and his father was Porfiry Borodin, the Georgian Prince’s servant.

Borodin could communicate in a variety of languages, including Russian, French, English, Italian, and German. He received his honors degree in medicine from the St. Petersburg Medical-Surgical Academy, where he studied from 1850 to 1856.

His thesis was titled “On the analogy of arsenic acid with phosphoric acid in chemical and toxicological behavior,” and he earned a doctorate in organic chemistry.

In Emil Erlenmeye’s laboratory, he continued his research on benzene derivatives. He went on to do advanced research on aldehydes later. His research included the chemistry of mineral waters as well as their medicinal benefits.

Between 1859 and 1863, he studied medicine and chemistry in Western Europe. His experiment in which fluorine nucleophilically displaced chlorine in benzoyl chloride was published in 1862.

For a year, he worked as a surgeon in a military hospital. He also spent three years in Western Europe pursuing advanced scientific studies. At the same time, he was attending Franz Liszt’s concerts.

He returned to St. Petersburg in 1862 to teach Chemistry at the Imperial Medical-Surgical Academy. He worked on small aldehyde self-condensation there. Simultaneously, he pursued music as a hobby, playing the piano.

Under the direction of Mily Balakirev, he composed his first symphony in 1862. He published his experimental papers on self-condensation of small aldehydes in 1864.

In 1869, he began work on his “Symphony No. 2.” Simultaneously, he continued his scientific research and lecture delivery.

He discussed a method of identifying urea in animal urine in his last article on amide reactions, which he published in 1875. He performed his “Symphony No. 1” outside of Russia for the first time in 1877.

In 1880, he wrote a symphonic poem called “In the Steppes of Central Asia.” This orchestral work depicts a meeting of Russians and Asians in the Caucasus’ steppe lands.

His opera “Prince Igor” consists of four acts and a prologue. It includes “Polevetsian Dances,” which is regarded as his masterpiece. This opera tells the story of Prince Igor’s capture, which is based on Polovtsinas’ invasion of Southern Russia in the 12th century.

In 1881, he composed “String Quartet No. 2,” a four-movement work. A perfect blend of harmony of four musical instruments can be heard. The lyrical quality of one of its movements, “Nocturne,” is truly commendable.

He married Ekaterina Protopova, a Russian pianist, in 1863. Liza Balaneva is the child they adopted. He died suddenly after suffering from cholera and several minor heart attacks.

Rimsky-Korsakov and Glazunov completed his work “Prince Igor” after his death. The string quartet “The Borodin Quartet” is named after him. The chemist Alexander Shulgin created the fictional character “Alexander Borodin” in his books “PiHKAL” and “TiHKAL.”

Alexander is one of the wealthiest composers and one of the most well-known. Alexander Borodin’s net worth is estimated to be $10 billion, according to Wikipedia, Forbes, and Business Insider.

In 1953, Robert Wright and George Forrest used this great musician’s musical composition in their musical “Kismet.” This music maestro received a Tony award posthumously in 1954 as a result of the success of this musical.