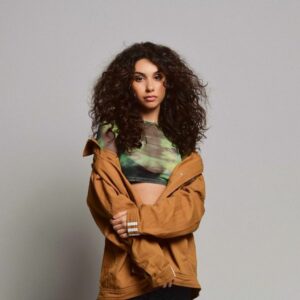 Alessia Cara is a well-known Italian-Canadian singer who specializes in Rhythm & Blue Pop with strong jazz elements. Her first solo single, ‘Here,’ charted in the top five in the United States and the top 20 in Canada. ‘Know-it-all,’ her first official album, debuted at number 19 on the Billboard 200 in the United States. EP Entertainment and Def Jam Records have contracts with her. ‘Scars to Your Beautiful,’ her 2016 single, reached the top ten on the Billboard Hot 100 in the United States. Cara’s down-to-earth demeanor makes her appear as someone with whom everyone can connect, and it is this trait that has made her incredibly popular among the general public. In terms of maturity, she is far ahead of her generation, as evidenced by the words of her songs.

Alessia Cara used to be just like any other little girl, who enjoyed teddy bears and fought with her siblings. But, unlike most other ladies, she had an unquenchable love for music. She used to upload her acoustic songs to her YouTube channel while she was in her early teens. She subsequently began playing on other radio stations, including WBMX Boston’s 104.1 FM’s ’15 Seconds of Fame.’ EP Entertainment became aware of her in the fall of 2014 after viewing her YouTube music videos. They signed her and gave Def Jam Recordings distribution rights.

Def Jam published her first official solo album, ‘Here,’ in April 2015. The song’s premise was about her own personal experience of feeling lonely and unwelcome during a party. Top music pros recognized it right away. It charted in the top five in the United States and the top twenty in Canada. It also become one of the most popular music videos in the United States. Alessia Cara’s vocal style was compared to Amy Winehouse’s, and the young singer quickly rose to fame. ‘Here,’ according to MTV, is a tune for everyone who despises gatherings. Her cover of Taylor Swift’s “Bad Blood,” which she released in July 2015, was also a smash hit.

Cara released her first official album, ‘Know-It-All,’ in November 2015. The album was a commercial success, and in May 2016, the Recording Industry Association of America granted it Gold accreditation. Her music video ‘Wild Things,’ which she released in 2016, was nominated for an MTV Video Music Award for best Pop video. ‘Seventeen,’ ‘Outlaws,’ ‘I’m Yours,’ ‘Four Pink Walls,’ ‘River of Tears,’ ‘Scars to Your Beautiful,’ ‘Stone,’ and ‘Overdose’ are some of her other notable songs. as well as ‘Stars.’

Alessia Caracciolo was born in Brampton, Ontario, Canada, on July 11, 1996. She shortened her last name to “Cara” to make it easier to pronounce in the start of her career. Her father was born in Canada but is of Italian origin. Her mother is an immigrant from Italy. She was raised in an extremely conservative household with three siblings.

Cardinal Ambrozic Catholic Secondary School was where she completed her education. She was artistically interested from an early age, and as a child, she penned poetry and performed on stage. She enjoyed singing and learned to play the guitar on her own. She began uploading her cover songs to her personal YouTube channel when she was 13 years old. Her YouTube channel swiftly grew in popularity and grabbed the attention of many music fans, leading to her securing a contract with EP Entertainment.

She despises parties and social media sites because she is an introvert. Her romantic history is unknown. Despite becoming a musical sensation at such a young age, she adores her parents and listens to their advise on crucial topics, which helps her stay grounded and humble. She has a talent at mimicking in addition to singing. While speaking with ‘Best Health Magazine’ at Duracell’s 10th Annual program in Toronto for young patients, she aggressively advocated for the anti-make-up movement for women in Hollywood.

Alessia Cara has a net worth of $4 million as a Canadian singer and songwriter. In July 1996, Alessia Cara was born in Brampton, Ontario, Canada. Before signing with Def Jam Recordings and EP Entertainment, she began by releasing acoustic cover songs on YouTube. In 2015, Cara released her debut studio album, Know-It-All.