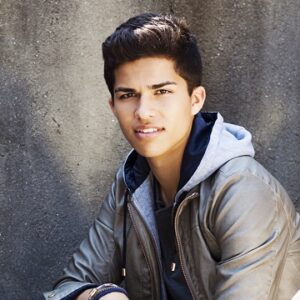 Alex Aiono is a vocalist from the United States who is best known for the songs “Alphabet Soup” and “Doesn’t Get Better.” He is a well-known actor as well as a YouTuber. The multi-talented personality is also well-known for his ability to play a variety of instruments, including piano, guitar, drums, and bass. The teen makes his own music/mixes and posts them to his YouTube channel as well as other social networking sites such as My Space. His YouTube channel currently has over 4 million subscribers. In addition, by 2016, the channel has amassed over 540 million views. Apart from that, Aiono has a sizable fan base on Twitter, Facebook, and Instagram. When it comes to composing, the gorgeous singer wrote his first song when he was four years old! He used to perform on the streets in his early years, and later on, because to his dedication and hard work, he was able to work with Grammy-nominated producers and writers such as John Legend, Babyface, and Billy Mann.

The Ascension to Stardom of Alex Aiono

Alex Aiono began his career as a street performer in Santa Monica. He recorded his debut single, ‘Doesn’t Get Better,’ when he was 19 years old. He followed up with the publication of his debut EP, ‘Young & Foolish.’ He subsequently set up a YouTube channel and began uploading his music and songs there. People began to appreciate his work, which provided him with much-needed visibility as well as a platform to display his talent. He went on tour with the Backstreet Boys, the Wanted, and R5 in 2013. He played live on Sirius XM radio the following year, and his song “Alphabet Soup” has over 40 million views on YouTube. As a result, Aiono gained a lot of name and recognition, and he established himself as a successful singer. He was given the opportunity to appear on Awesomeness TV’s iconic show ‘The Royal Crush’ as a result of his popularity. Aiono began creating ‘flipped’ versions of songs in 2016. His video ‘Hasta el Amanecer’ has received over 50 million views. In early 2017, he signed with Interscope Records. In January 2017, he released the single ‘Work the Middle,’ which was followed by ‘Question.’ Aiono became well-known as a singer and a social media star as a result of all of these initiatives.

Other Projects of Alex Aiono

Alex Aiono was born in Phoenix, Arizona, on February 16, 1996. He grew up with his three sisters, Sidney, Taylor, and Hallie, in a middle-class family. He and his family moved to Los Angeles when he was 14 years old. While Aiono was performing on the streets of Santa Monica, they resided in a one-room apartment. In terms of romantic relationships, in 2015, Aiono was in a relationship with fellow YouTuber Meg DeAngelis. Unfortunately, the pair only lasted three months before breaking up.

1) Aiono is a great hip-hop dancer as well as a boxer, in addition to being a dedicated musician.
2) He began playing the piano and drums in the first grade. He wrote his first song, ‘Always Yours,’ when he was 13 years old.

Estimated Net Worth of Alex Aiono

Alex Aiono is a multi-instrumentalist and vocalist who primarily performs original music, mash-ups, and YouTube covers of a variety of tunes. His net worth is believed to be $2.5 million. He often makes vlog videos with his friends on the spur of the moment. He used to be a street performer in Santa Monica before becoming famous. He is a guitarist, drummer, bassist, pianist, and ukulele player.