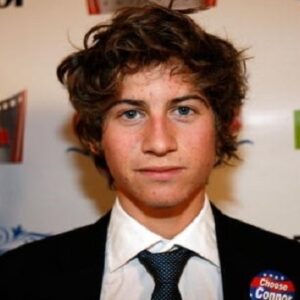 Can anyone forget Alex Pruitt, the adorable blonde-haired, blue-eyed little kid from the 1997 family comedy picture “Home Alone 3”? Meet Alex D. Linz, a gifted actor who, as a young kid, brought the wonderfully charming role to life onscreen! While Alex D. Linz is no longer active as an actor, we will always remember the adorable characters he performed as a young actor. He was introduced to the world of show business at the tender age of six, and through his portrayal of sweet, naughty, and adorable characters in various television programs and films, he charmed his way into the hearts of moviegoers. In 1995, he made his acting debut as Jason in an episode of the television series ‘Cybill.’ He went on to play a variety of characters in various teleseries and films after making his acting debut. He rose to prominence after starring in films such as ‘Home Alone 3’ and ‘Max Keeble’s Big Move,’ which made him a household name not just in the United States, but around the world.

Alex D. Linz’s popularity skyrocketed at such a young age! His parents introduced him to television and movies when he was just six years old.

In 1995, he made his television debut in an episode of the sitcom ‘Cybill’ called ‘The Replacements.’ Despite the fact that it was only a tiny role, it effectively marked his foray into the entertainment industry. Following that, he appeared in a few other television programs until breaking into the film industry with a role as Michelle Pfeiffer’s onscreen son in the romantic comedy film ‘One Fine Day’ (1996).

Little Alex was cast as Alex Pruitt in the comedic picture ‘Home Alone 3!’ a year later, cementing his status as the public’s favourite for years to come. Linz’s portrayal of a smart 8-year-old boy who single-handedly outwits a gang of robbers garnered him fans and established him as a well-liked child actor.

He went on to star in a number of television shows and films throughout the years, as well as voice the character of Franklin in the ‘The Wacky Adventures of Ronald McDonald’ short film series. Then, in 2001, he was cast as the titular character Max Keeble in ‘Max Keeble’s Big Move,’ a comedy film about the exploits of a 12-year-old paperboy and his battle against the ‘Evil Ice Cream Man.’

While Alex continued to receive movie offers following this film, he decided to put his acting career on hold in order to concentrate on his education. As a result, he only made infrequent acting performances throughout the 2000s before quitting in 2007.

“Alex” is a nickname for Alexander. David Linz was born on January 3, 1989, in Santa Barbara, California, to Deborah Baltaxe, an attorney, and Dr. Daniel Linz, a University of California professor of Communication. From his mother’s side, he is of French and Austrian Jewish ancestry, while from his father’s side, he is of German ancestry.

He has two younger sisters, Lily Alice and Livia, who are the eldest of three siblings. While his parents divorced when he was a child, he moved in with his mother.

He went to Los Angeles’ Alexander Hamilton High School. He subsequently went on to the University of California, Berkeley, to further his education. He was a member of the improv and sketch comedy troupe jericho! throughout his undergraduate years.

Since Alex is no longer working in the entertainment industry, little information regarding his current whereabouts is accessible.

Alex D. Linz net worth: Alex D. Linz is a $400 thousand dollar actor from the United States. Alex D. Linz was born in January 1989 in Santa Barbara, California. Alex received his bachelor’s degree from the University of California, Berkeley. In 1995, he made his acting debut in the TV shows The Young and the Restless, Cybill, The New Adventures of Superman, and Step by Step.