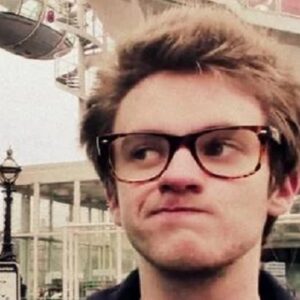 Alex Day is an acclaimed English musician, vocalist, songwriter, and vlogger who cemented his position in music history when his song “Forever Yours” sold over 50,000 copies in just one week. The song climbed to #4 on the ‘UK Singles Chart,’ earning it a place in the ‘Guinness Book of World Records’ as the bestselling single by an independent artist. Alex is an avid ‘YouTuber,’ having started a channel called ‘Nerimon’ when he was just 17 years old. With fellow vloggers Chris Beattie, Liam Dryden, and Charlie McDonnell, he formed the band ‘Chameleon Circuit.’ Not only did the fact that he recorded, released, and promoted his own music instead of going via established record labels increase his confidence as a performer, but it also allowed him to acquire a vast fan base. He has released two EPs and four albums to far, with three singles charting in the UK Top 40. He’s an ace instrumentalist who can play bass guitar, drums, keyboard, ukulele, and the ‘Appalachian dulcimer,’ a fretted string instrument, in addition to being a talented vocalist and musician. He also attempted to write a novella called ‘The Underground Storyteller,’ which was rejected by publishers, prompting him to declare that he would self-publish it.

Alex Richard George Day was born in Hornchurch, London Borough of Havering, on April 8, 1989. Alex’s ability to compose music could have come from his father, who was a well-known musician. His mother worked in a prominent and well-known retail store.
He enrolled at Swansea University after graduating from high school, but his developing love with music and recording footage for YouTube put an end to his schooling.
He created and posted his own YouTube channel called ‘Nemiron’ when he was 17 years old, and he worked at the Apple store on Regent Street in London from 2009 to 2013.

In 2005, Alex Day bought a guitar to express his natural musical talent. He established his YouTube account, ‘Nemiron,’ in 2006 and spent the most of his childhood years making music and vlogging autonomously.
In 2008, he formed ‘Chameleon Circuit,’ a musical band, with a close-knit group of YouTubers of whom he was a member. On June 1, 2009, the band released its self-titled debut album. ‘Still Got Legs,’ the band’s second album, was released in 2011.
Alex Day’s debut album, ‘Parrot Stories,’ was released in April 2009. In March 2010, he released an EP called ‘117 Percent Complete.’ The EP featured songs inspired by video games such as Pokemon.
In June 2010, he released his second album, ‘The World is Mine (I Don’t Know Anything).’ It had electronic-dance music playing in the background as part of the soundtracks.
In November 2010, Day released his second EP, ‘Soup Sessions: Acoustic.’ It featured songs from his second studio album recorded with acoustic instruments, ostensibly to delight fans of his debut.
The lead track, “Forever Yours,” which was released in time for Yuletide in 2011, made history by reaching #4 on the UK Singles chart. Alex’s achievement was made all the more remarkable and creditable by the fact that he recorded and released the song without the help of a record label.
The unprecedented success of “Forever Yours” confirmed the power and reach of social media, as Alex promoted the song to its full potential on YouTube.
Day’s second single, “Lady Godiva,” was released on April 1, 2012. It was a cover of a song written by Peter and Gordon and published in 1966. Following Alex’s arrangement with HMV, copies of this single were available for purchase in record stores across the UK. Alex’s album was being physically released for the first time.
In May 2012, he released three singles on the same day: ‘This Kiss,’ ‘She Walks Right Through Me,’ and ‘Good Morning Sunshine.’ The singles were a huge success, selling nearly a million copies.

Alex published his third album, ‘Epigrams & Interludes,’ on March 17, 2013. After “Forever Yours,” the album included every single Day had written and released in the past. Soon after, he released a music video called ‘I’ve Got What it Takes,’ which included his girlfriend ‘Carrie Hope Fletcher,’ Khyan Mansley, and Tom Ridgewell.
Alex took an extended vacation from music in 2014, not releasing any singles or albums. He removed all important material from his official website and replaced it with photographs of the countryside. He recently released a video called ‘The Past’ on ‘Nemiron,’ in which he shared his thoughts and feelings about the accusations leveled against him by his fans and fellow musicians.

After being rejected by publishers, Alex self-published his book ‘The Underground Storyteller’ in 2014.
Alex Day returned to the music scene on January 10, 2015, following a nearly two-year absence, with the release of a track called “Scared Like Me” on YouTube. Alex announced that he’d be releasing three songs over the course of the year, all of which will be included in his fourth album, titled ‘Nowhere Left to Hide.’
He stated that after the publication of his fourth album, he would concentrate on authoring novels.
Alex said at the end of January 2016 that an album titled Split Infinities would be released sooner or later, with 5 new songs.

Alex Day published four albums between 2009 and 2015, including ‘Parrot Stories,’ ‘The World is Mine,’ ‘Epigrams and Interludes,’ and ‘Nowhere Left to Hide.’ Every album’s release was preceded by the release of singles.
Day’s first single, “Forever Yours,” sold more than 50,000 copies in a single week, outselling high-profile artists like “Katy Perry” and “Rihanna.” Later, Alex released 11 different versions of the song, stating that all proceeds from the sales of these alternate versions will be donated to a charity.
‘Lady Godiva,’ Alex’s second single, reached number 15 on the ‘UK Top 20 Hits’ chart.

Alex Day lived with Charlie McDonnell, an English YouTuber, singer, filmmaker, and novelist, until 2013.
Alex Day announced on Valentine’s Day in 2014 that he had been dating fellow YouTuber Carrie Hope Fletcher since October of 2013. Despite this, Carrie Fletcher announced their breakup on Twitter barely a month later.
Alex was once thought to be an atheist, but he began to exhibit an interest in Buddhist teachings later on. On his ‘The Daily Day’ channel, he posts vlogs centered on Buddha’s teachings and positive energy.

Alex Day is one of the wealthiest pop singers and one of the most popular. Alex Day’s net worth is estimated to be $1.5 million, according to Wikipedia, Forbes, and Business Insider.

‘Kristina Horner,’ his previous girlfriend, wrote a song about Alex Day.
‘If you ever need me, I’m only a vodka away from you,’ ‘Everything,’ and ‘I could create a chocolate cake for you with tiers up to the moon,’ are just a few of Alex’s favorite songs.
Day’s colleague and friend Charlie McDonnell once accused him of acting immodestly with a few women and having a “manipulative relationship.” Day’s attempts to make amends with Charlie failed miserably.