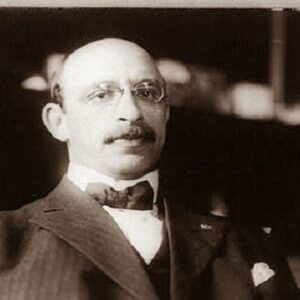 A well-known anarchist who oversaw an avant-garde movement in the United States was Alexander Berkman. He belonged to the ‘Pioneers of Liberty,’ a significant Jewish anarchist organization. The attempted murder of a manufacturing manager was the charge against him, and he received a 22-year prison term. He made an effort to rally the working class into a revolution to overthrow the capitalist system. The workers’ groups and anarchists both strongly disapproved of him after his failed attempt at murder. To promote anarchism, he created the anarchist periodicals “Mother Earth” and “The Blast.” He spent two years in prison as a result of his anarchist actions with his “No Conscription League” in New York. Later, he was sent to Russia by the authorities. He noticed the level of corruption, mismanagement, and repression while he was in Russia. His account of his time in Russia is contained in “The Bolshevik Myth.” He produced a large number of Russian Revolution booklets. “The Russian Tragedy,” “The Russian Revolution and the Communist Party,” and “The Kronstadt Rebellion” are a few of them. He wrote an introduction to the anarchist tenets called “Now and After: The ABC of Communist Anarchism.” He prepared this essay to explain the anarchist tenets in simple terms.

He was the youngest of his Jewish parents’ four children when he was born Ovsei Osipovich Berkman in Vilnius, which was then a part of the Russian Empire.

At the Gymnasium, he acquired a classical education. In his early years, he was greatly impacted by the rising radicalism that workers in the Russian capital were adopting.

When he was 15 years old, his father passed away. His mother passed away the next year. He departed for America in the month of February 1888. He engaged in anarchist activities once he arrived in New York City.

He joined the Jewish anarchist Pioneers of Liberty organization, which fought for the release of those imprisoned for the 1886 Haymarket explosion. He met Johann Most, a well-known anarchist in the US, at that time.

He typeset articles for Most’s publication, “Feiheit.” Later, once his friendship with Most ended, he started working with another magazine called “Die Autonomie.”

He got his start in politics as an anarchist by taking part in the Homestead Strike. He intended to kill Frick Berkman, the plant manager of a steel mill, for his part in dismantling the unionized employees’ picket lines. On July 23, 1892, he went to Pittsburg and acquired a weapon and a respectable suit before shooting Frick three times. As a result, he was found guilty of attempted murder and sentenced to 22 years in jail.

He was released in 1906 after having served 14 years of his sentence in prison. After learning that several anarchists had been detained at a conference about Leon Czolgosz, the man who killed American President William McKinley, he later traveled to New York.

He continued working hard to found the Ferrer Center in New York from 1910 to 1911. He was also its instructor. This institute, which bears the name of the Spanish anarchist Francisco Ferrerr, encouraged students to think for themselves. It served as an adult community center as well.

He organized protests in New York to support the miners in 1913 when the United Mine Workers declared a strike against coal mining companies in Ludlow, Colorado. Police detained numerous anarchists as a result of this event. The anarchists planned a bomb attack on police under Berkman’s direction. But the device prematurely detonated, killing a number of anarchists.

He moved to California in 1915, and the following year he began publishing “The Blast,” his own anarchist periodical. The publication lasted barely 18 months, but during that time it gained notoriety as a significant anarchist newspaper in the United States.

Police believed him to be responsible for a bomb explosion that occurred at the San Francisco Preparedness Day Parade in 1916. Later, he assisted two local labor activists who had been arrested by the police by setting up a defense fund and recruiting attorneys on their behalf.

Men between the ages of 21 and 30 were required to sign up for military conscription beginning in 1917 when the United States entered World War I. He established the No-Conscription League in New York at the time to voice his opposition.

Police detained him in June 1917 and accused him of violating the 1917 Espionage Act. He was sentenced to two years in jail and finished it in the Atlanta Federal Penitentiary.

He was sent to Russia by the authorities as a result of the 1918 Anarchist Exclusion Act. He moved to Berlin for a while after leaving Russia in 1921. He produced several pamphlets about the Russian Revolution after arriving there.

In 1912, he released “Prison Memoirs of an Anarchist,” his book. His ordeal between 1892 and 1906 in prison in Pittsburg is vividly described in this book. Later, this work was considered a classic of autobiographical writing.

He had a passionate relationship with Russian immigrant Emma Goldman while he was living in New York. Later, he slept with a fifteen-year-old anarchist named Becky Edelsohn.

Even after two operations, his prostate condition did not go better. He couldn’t stand the physical torment of his illness, so he shot himself in the head with a revolver.

The estimated net worth of Alexander Berkman is unknown.

This strong anarchist, unable to withstand the physical torment of his illness, made the decision to shoot himself in the head with a firearm. Unfortunately, the bullet struck his spinal columns, paralyzing him. He passed away after spending time in a coma.