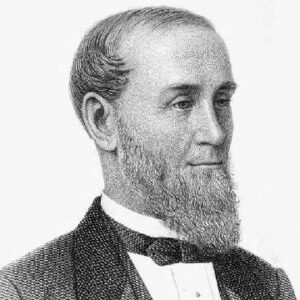 Turney, Alexander Stewart was a prominent retail dry-goods operator in the United States in the nineteenth century and a tremendously successful Irish-American entrepreneur. He was born in Ireland and moved to the United States as a young man. He began his business with department stores, and he is regarded as a business genius. Later on, he created his own manufacturing facilities and began a mail-order business. He built the planned city of Garden City, Long Island, and owned hotels in New York City. He was also involved in a variety of humanitarian endeavors. During the mid-century famine in Ireland, for example, he delivered food to the country. His unique approach to merchandise commerce had a favorable impact on the retail industry in the United States. By becoming his own wholesaler and manufacturer and maintaining his own European manufacturing divisions, he pioneered the concept of vertical integration in business. He built a massive marble-fronted store on Broadway in New York City, between Chambers and Reade Streets, which at the time was the world’s largest retail store. Stewart’s residence in America was one of the most opulent private residences in the country. He also has the most valuable art collection. Stewart’s company developed at an exponential rate, and he died as one of the wealthiest men in the United States. He controlled two huge establishments with combined sales of $203 million before his death.

Alexander Turney Stewart was born in Lisburn, Ireland, on October 12, 1803, to Scottish Protestant parents. Alexander’s father died when he was a small child, and his mother remarried two years after his father died. She departed to America with her new husband, leaving Alexander in the care of his grandfather.

Before being accepted into Mr. Neely’s English Academy in 1814, he attended a rural school. He then went on to finish his formal schooling at Belfast Academical Institution before moving to New York.

Alexander Turney’s Career in New York Stewart began working as a tutor at Isaac N. Bagg’s Academy on Roosevelt Street. Stewart traveled to Ireland between 1818 and 1822 to claim his grandfather’s inheritance.

He returned to New York after collecting his grandfather’s estate and opened his first store at 283 Broadway on September 1, 1823.

Until 1831, he did not publicize his shop. Instead, he used to arrange cases of merchandise in front of the business to attract potential customers’ attention. He emphasized forming friendships with consumers in order to persuade them to return to his shop.

AT Stewart & Company, his commercial enterprise completed the Marble Palace at 280 Broadway in 1848. This structure, often known as “the cradle of the department store,” helped him establish his company as one of America’s most successful merchants. It was the first commercial structure in the United States to have a lavish exterior.

During the American Civil War, Stewart’s business prospered. He was able to get large government contracts to furnish uniforms for the Union Army and Navy, which greatly enhanced his corporate image.

He built his “real” department store, the “Iron Palace,” in 1862, which employed over 2,000 people. It had 19 sections at first, offering silks, carpets, clothing, and toys, among other things. It had grown to 30 departments by 1877, providing an even greater range of merchandise.

He sat on a number of New York State Chamber of Commerce committees from 1862 through 1871. President Ulysses S. Grant offered Stewart the position of Secretary of the Treasury in 1869 as a result of his growing power, but Stewart was prevented from accepting office due to his business ties.

In 1869, he was an extremely successful businessman, with an estimated annual income of $1,000,000.
He erected the iconic Fifth Avenue palaces on the northwest corner of 34th Street in New York from 1869 to 1870. He completed the Central Railroad of Long Island in 1873 after incorporating it in 1871. In 1876, this railroad joined the Long Island Rail Road system.

He recognized the potential of the mail-order firm and hired 20 clerks to assist him in growing it. He made approximately $500,000 from the mailing company in 1876 alone. His company strategy became well-known for its efficiency and convenience, and other businesses soon began to emulate his tactics.

Stewart amassed a sizable fortune through real estate transactions in New York City. He was also able to establish his own manufacturing facilities and produce his own woolen fabrics before his death.

The famous 280 Broadway, also known as the A.T. Stewart Dry Goods Store and Marble Palace, was erected by Alexander Turney Stewart for the launch of New York’s first department store. It was New York City’s first commercial building in the Italianate style. In 1965, the structure was classified as a National Historic Landmark, and in 1986, it was designated as a New York City landmark.

In 1847, he sent a shipload of supplies to Belfast, Ireland, which was suffering from a famine. He also facilitated the relocation of other Irish immigrants to the United States and assisted them in finding work.

Stewart married Cornelia, the daughter of Susannah Banker and rich ship chandler James Clinch, in 1823.
On April 10, 1876, he passed away. He was one of the wealthiest men in New York at the time of his death, with a net worth of $50 million.

His body went missing three weeks after being buried at St. Mark’s Church in Bowery. It was reclaimed after the ransom payment was cleared.

The estimated net worth of Alexander Turney Stewart is unknown.