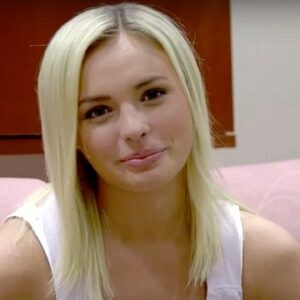 Alexandra Beaton is a Canadian actress and dancer who rose to international prominence for her portrayal as Emily in the teen drama series “The Next Step.” She began her acting career at the age of 12 when she appeared in the 2006 American war picture ‘300.’ She rose to prominence after her role in ‘The Next Step,’ a television series about a group of dancers who attend the Next Step dancing class. Throughout the show’s various seasons, she played Emily, a very headstrong yet brilliant girl who is also the studio’s dancing captain. Despite her youth, Beaton became well-known not only for her acting abilities, but also for her remarkable dancing abilities. She has also appeared in a number of advertisements and commercials, including one for Roger Cell Phones and one in which she starred in a Shoppers Drug Mart print campaign called “Four Sisters.” Beaton has also been in a Health Canada theatre advertising campaign. She’s a great speaker, and she spends a lot of time mentoring young women via organizations like ‘Young Women on the Move.’

Alexandra Beaton was born in Canada on December 5, 1994, to John Beaton, a successful businessman, and Kate Wheeler, a journalist and radio broadcaster. Beaton’s ancestors include Italians, Germans, Irish, English, and Finns.
Sophia is her younger sister, with whom she was reared.

She developed a love for dancing from a young age. She also enjoyed acting. Her parents pushed her to follow her passions for dance and acting since she was a toddler.

She has always enjoyed staying in shape by participating in a range of sports. She has a passion for music and reading since she was a child. In an interview, she claimed that she has read all of the ‘Harry Potter’ books many times.

Alexandra was influenced by a variety of people as a child, including Audrey Hepburn, the accomplished and gorgeous British actress and model.

Alexandra Beaton, who is regarded as one of Canada’s up-and-coming rising stars, began working in the industry in 2005. She is, however, better known for her dance abilities than for her acting abilities. She is recognized to perform a variety of dance styles, with a focus on lyrical and jazz.

She had also performed at the Shaw Festival, which is a notable nonprofit Canadian theatre festival in Niagara-on-the-Lake, Ontario, and North America’s second largest repertory theatre company.

It was founded with the goal of igniting interest in George Bernard Shaw’s works while also advancing Canadian theatre arts. During her performance as Baby June in ‘Gypsy,’ Beaton danced and sung on stage.

In 2006, she made her acting debut in the film ‘300,’ in which she played a burned village girl dying in King Leonidas’ arms, a character played by famed Scottish actor Gerard Butler.

Beaton, an award-winning competition dancer with specialties in lyrical and jazz, had the wonderful opportunity to put her dance skills to the test when she began acting in the teen drama ‘The Next Step.’ She is also pursuing her academic education as a scholar.

Alexandra Beaton’s acting career began with the American epic fantasy picture ‘300,’ released in 2006. The film centres around a king named King Leonidas, played by Gerard Butler, and 300 Spartans who he leads into war against a Persian King Xerxes, who has an army of more than 300,000 soldiers, and is based on the 1998 comic series of the same name.

Despite their small number, the Spartans refuse to surrender and, thanks to their superior fighting skills, beat the Persian army in waves.

Even though Xerxes approaches Leonidas and offers him wealth and power in exchange for his surrender, Leonidas mocks him and soon his small but powerful force smashes the Persian army for good. Critics all across the world gave it mixed reviews. ‘300: Rise of an Empire,’ a sequel to the film, was released in 2014.

Since the channel’s inception in 1988, it has received a greater audience for its premiere than any other series. In 2013, the show was awarded the Shaw Rocket Prize for Children, and in 2014, it received a nomination for Best Children’s or Youth Fiction Program or Series.

On January 8, 2014, BBC Worldwide licensed the series to many international broadcasters due to its popularity in Canada. The Disney Channel in Australia, CBBC in the United Kingdom, and Hulu in the United States were among them. There have been four seasons so far.

Throughout the series, Beaton plays Emily, a brilliant dancer who also happens to be the overprotective sister of two other dancers. She is depicted to be an arrogant and inconsiderate person in the first season, but after her humiliation, she changes.

The second season focuses primarily on her dating life, albeit she is forced to leave the studio due to an injury at the end of the season. Beaton reportedly gave it her all because it was due of this role that she was able to break into the spotlight and acquire enormous fame.

She has said that she is now single. Her dating history is unknown because she keeps her personal life private.
Alexandra Beaton adores her parents and sister and spends the most of her time with them. She has also avoided any scandals involving her professional or personal life.

Alexandra is one of the wealthiest TV actresses and one of the most popular. Alexandra Beaton’s net worth is estimated to be $1.5 million.