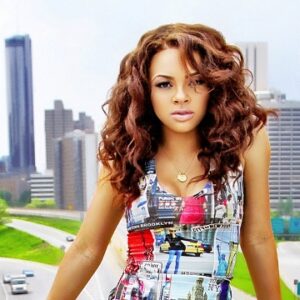 Alexis Jordan is a well-known American singer who rose to prominence as a 14-year-old contestant on the 2006 season of ‘America’s Got Talent.’ Her mellifluous and passionate voice as a delightful young teen astounded the crowd and judges at the reality television show. Despite the fact that she was ousted from the show after clearing the first few rounds, she never gave up dream of making it famous in the music industry and continued to work hard. She began uploading cover songs to YouTube after being eliminated, giving her a platform to expose her talents to a wider audience. Her videos quickly surpassed a million views, drawing the attention of Norwegian production team Stargate and American rapper Jay Z, who assisted her in launching her music career. ‘Happiness,’ her debut single, was a big international hit, debuting at no. 1 in the Netherlands and Norway and no. 3 in Australia, the United Kingdom, and Belgium. Following her first breakthrough, she went on to record her debut self-titled album, which was a huge success. Alexis Jordan has made a few television appearances in addition to her singing career.

Alexis Jordan was born in Columbia, South Carolina, on April 7, 1992. She has a mixed ancestry. Taylor, Malichai, and Malcolm are her three younger siblings. She began performing public concerts as a young girl, having always been interested in music. When she was 12 years old, she even opened for Smokey Robinson at a Stevie Wonder tribute performance! Even before she reached her adolescent years, the youngster was certain that music was her calling and that she would one day make it great as a singer.

Alexis Jordan auditioned for ‘America’s Got Talent’ for the first season in 2006. Her performance of Whitney Houston’s “I Have Nothing” got her through the audition and into the following round. She advanced through multiple rounds until being knocked out in the semifinals. The young lady, on the other hand, did not give up hope and began uploading cover songs to YouTube.

Her perseverance paid off in the end. Her videos racked up millions of views in a matter of years, attracting the attention of production company Stargate and musician Jay-Z. Jordan was quickly signed to a record deal, and her debut single, “Happiness,” was released in 2010. Following the success of the track, she released her debut self-titled album in 2011. The album was also a huge success, debuting at No. 9 on the UK Albums Chart and No. 11 on the Australian Albums Chart. The lively lyrics earned generally favourable reviews from music critics. The album included songs like ‘Good Girl,’ ‘Hush Hush,’ ‘Habit,’ and ‘Say That,’ in addition to her big track ‘Happiness.’

Her musical career, which seemed to be on the rise in 2011, progressively faded over time. She hasn’t released a new album in a long time and hasn’t been very active in the music industry. In the interim, she has dabbled in television, making guest appearances on a number of shows and series.

Alexis Jordan’s single “Happiness” won the ESKA Music Award for International Hit of the Year in 2011.

Since 2014, Alexis Jordan has been married to Luke Anthony Broadlick. The pair tied the knot in a private ceremony. She is the mother of one daughter and was expecting another child in May 2017.

Alexis Jordan is an American singer and actress who has a net worth of $6 million. She was born on April 7, 1992 in Columbia to a Puerto Rican father and European mother. She was only a 3rd grade student when she first started writing songs. At eleven, she and her family moved to California where she would pursue a career in the arts.