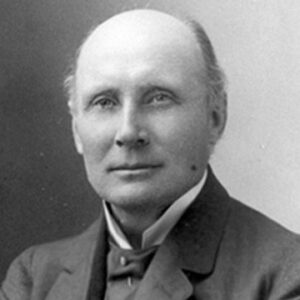 Alfred North Whitehead was a British mathematician who made significant contributions to the fields of algebra, logic, science philosophy, physics, metaphysics, and education. Despite the fact that Whitehead was a scientist with expertise in mathematics and physics, his approach to these subjects was more philosophical than scientific. He began his career at Trinity College Cambridge as a Fellow and subsequently as a lecturer in mathematics, before branching out into philosophy and metaphysics. As a Trinity professor, he coauthored the three volumes of the ‘Principia Mathematica,’ which is now considered one of the most important works in mathematical logic. Following that, as he settled in London and began teaching at Imperial College, his focus shifted to philosophy of science, which led him to metaphysics, a branch of philosophy concerned with the philosophical inquiry of the essence of the cosmos and existence. In the late 1920s, Whitehead spent the latter years of his career at Harvard, where he wrote his landmark work, ‘Process and Reality.’ He was equally popular with his colleagues and students because he was realistic, helpful, pleasant, and devoid of animosity.

Alfred North Whitehead was born in Ramsgate, a beach town in eastern Kent, England, on February 15, 1861. Alfred Whitehead’s father, also an Anglican clergyman, taught at Chatham House Academy, which was founded by his own father, Thomas Whitehead. He was a devout Christian with a strong sense of obligation.

Maria Sarah nee Buckmaster, Alfred’s mother, has been described as an unimaginative woman with no sense of humour. Alfred’s dislike for her can be seen in the fact that he never mentioned her in any of his publications.
Alfred was the youngest of four children born to his parents, with two brothers seven and eight years his senior and a sister two years his senior. He was the family’s baby, and he didn’t start school until he was fourteen years old, studying at home with his father.

He began learning Latin at the age of ten and Greek at the age of twelve, among other disciplines. Alfred began his official education in 1875 at Sherborne School, an independent boys’ school in the town of Sherborne in north-west Dorset, which was then affiliated with Sherborne Abbey.

Latin, Greek, and English were the most important subjects at school, with mathematics, physics, history, and geography receiving less attention. It was here that he developed an appreciation for Wordsworth and Shelley’s poetry. He excelled in games as well, but mathematics was his strongest suit.

Alfred was allowed to forego composition and Latin poetry reading in 1879, his final year of school, in order to devote more time to mathematics. This was also the year he was elected as his class’s head prefect and captain of games.
In 1879, he took the Trinity College, Cambridge, admission exams and was awarded a scholarship. Alfred North Whitehead enrolled at Trinity College in October 1880. He was also awarded a College Foundation scholarship later on.

He studied both pure and applied mathematics at Cambridge. Edward John Routh was his coach. J. W. L. Glaisher, H. M. Taylor, and W. D. Niven were among his professors. He also attended lectures by George Stokes and Arthur Cayley, gaining extensive knowledge in history, literature, and philosophy at the same time.

In 1883, he sat the Mathematical Tripos examinations and graduated as the Fourth Wrangler in 1884. In the same year, he received a Trinity Fellowship for his dissertation on Maxwell’s theory of electricity and magnetism. He was also elected to the Cambridge Apostle in May 1884.

As a Cambridge Lecturer

Alfred North Whitehead started his career as a Fellow at Trinity College, Cambridge, teaching applied mathematics in 1884. He did not publish a single publication in the first five years, hence it is unknown if he accomplished any mathematical research during this time.

He was appointed a Lecturer at the University of Cambridge in 1888. He published two papers the following year, both of which dealt with the motion of viscous fluids. Later on, though, he became interested in pure mathematics.
He began work on his first major work, ‘Treatise on Universal Algebra,’ in January 1891. It took seven years to complete the work, which was finally published in 1898. In the meanwhile, he was appointed as an examiner at the Mathematical Tripos in 1894.

Whitehead was promoted to Senior Lecturer at Trinity College in 1903. In the same year, he stopped working on the second book of his ‘Treatise on Universal Algebra,’ which he had begun in 1898, to begin working with Bertrand Russell, a former pupil and colleague.

In 1900, Whitehead and Russell traveled to Paris for the International Congress of Philosophy, where they encountered set theory proponents Giuseppe Peano and Alessandro Padoa. Russell self-published ‘Principles of Mathematics’ in 1903 and immediately began work on the second volume.

Soon after, it became clear that Whitehead and Russell were working on the same project, so they agreed to collaborate. They had hoped to finish the project in a year, but it took them seven years to finish the first volume.
The first volume, named ‘Principia Mathematica,’ was published in 1910. Whitehead resigned from his position at Cambridge in the same year and moved to London without getting a new one. Meanwhile, Whitehead’s second work, ‘The Axioms of Descriptive Geometry,’ was released in 1907.

In the city of London

Alfred North Whitehead accepted a position as Lecturer in Applied Mathematics and Mechanics at University College London in 1911 after being unemployed for a year. His fourth book, ‘An Introduction to Mathematics,’ was published the same year.

He continued his collaboration with Russell at the same time, releasing the second and third volumes of ‘Principia Mathematica’ in 1912 and 1913, respectively. He also applied for the Goldsmid Chair of Applied Mathematics and Mechanics in 1912, but was passed over.

As a result, when his old friend Andrew Forsyth, Chief Professor of Mathematics at Imperial College London, invited him to join the institution as Professor of Applied Mathematics in 1914, he accepted. He quickly began a period of intense productivity.

Whitehead’s administrative responsibilities began to rise in late 1918. He was chosen Dean of the Faculty of Science for a four-year term in that year. In 1919, he was elected to the University of London Senate, and in 1920, he was elected Chairman of the Senate’s Academic Council.

While explaining the relationship between formal mathematical theories in physics and their base in experience near the conclusion of his time in London, Whitehead’s attention was drawn to the philosophy of science. Despite the fact that he had no academic background in philosophy, his contributions to the discipline were highly regarded.

Alfred North Whitehead, then 63 years old, was invited to join the department of philosophy at Harvard University for a five-year term in early 1924. He enthusiastically accepted the offer because he only had two years of service left at Imperial College.

The thought of teaching philosophy at Harvard piqued his interest as well. However, once there, it was discovered that he was also skilled in metaphysics. His work is compared to those of Gottfried Wilhelm Leibniz and G.W.F. Hegel in this field.

He presented an eight-lecture course on philosophy in 1925, which was published the same year as ‘Science and the Modern World.’ ‘Religion in the Making’ (1926) and ‘Symbolism, Its Meaning and Effect’ (1927) followed (1927).
The University of Edinburg invited him to present a series of ten Gifford Lectures the next academic year in January 1927. Despite the low attendance, the lectures resulted in the publishing of ‘Process and Reality,’ which is considered his masterwork.

Whitehead is most known for his book ‘Process and Reality,’ published in 1929, in which he developed his speculative philosophy or ‘cosmology’ theory. It is unquestionably the densest and most complex text in the Western canon, full with technical jargon he was forced to construct.

While ‘Process and Reality’ is aimed at experts, general readers will benefit from his ‘Adventure of Ideas.’ It is his final major philosophical work, published in 1933. He expressed his metaphysical thoughts in it, outlining his views on beauty, truth, art, adventure, and peace.

The Royal Society of Edinburgh gave Whitehead the first James Scott Prize in 1922.
For his work on the foundations of mathematics, he was given the Sylvester Medal by the Royal Society of London in 1925. Since 1903, he had been a member of the Society.

He was awarded the Butler Medal by Columbia University in 1930.
Whitehead was elected to the British Academy in 1931.
The British monarch bestowed the Order of Merit on him in 1945.

He was president of the Aristotelian Society in London from 1922 to 1923.
Many colleges have awarded him honorary degrees, including Manchester, St Andrews, Wisconsin, Harvard, Yale, and Montreal.

Whitehead married Evelyn Willoughby Wade, an Irish woman who grew raised in France, in 1890. Her sense of adventure and beauty helped him establish his philosophical beliefs, and she had a positive influence on her husband’s life.

The marriage had three children: Jessie Whitehead, a daughter, and Thomas North Whitehead and Eric Whitehead, two sons. Eric enlisted in the Royal Flying Corps during WWI and was killed in action in 1918 when he was 19 years old.

Whitehead spent his latter years in Cambridge, Massachusetts, where he continued to write papers. Despite the fact that he enjoyed his time in the United States, he remained a British citizen to the end.

On December 30, 1947, he passed away. His body was cremated and no funeral was planned because he was an agnostic by religion. After his death, Evelyn Whitehead followed his own orders and destroyed all of his unpublished manuscripts.

His legacy lives on through the Whitehead Research Project, which was founded in 2005. It supports study on Alfred North Whitehead’s life and philosophy, as well as the significance of his ideas in today’s world.