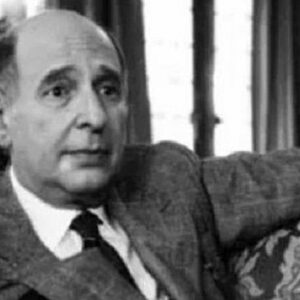 Allan Bloom was a philosopher, academician, and classicist. He was known for criticizing American universities for not meeting the basic needs of their students. He was born in Indianapolis, Indiana, to a Jewish Orthodox Prussian couple of the second generation. They raised him simply but with strong values, which he would build on for the rest of his life. He wanted to go to the University of Chicago when he was 13. He had read about it in Reader’s Digest. A few years later, his family moved to Chicago, and he was accepted into the gifted students program at the young age of 16. This was because Chicago University President Robert Hutchins wanted to make a new generation of smart people. He studied with many great thinkers over the years, including Leo Strauss, who may have had the most impact on him, as well as David Greene, Richard McKeon, Alexandre Kojève, and others. All of these people helped him come up with his idea that college students should read the classics and why they should. Bloom writes in his book “The Closing of the American Mind”: “The books I learned to care about have made me who I am.” This is a summary of what Allan Bloom has given to the world. All of his works, whether they were political or literary, showed that he cared about keeping a philosophical way of life alive for the next generation. He used his own life as a lesson for us.

On September 14, 1930, Allan Bloom was born. Bloom’s grandparents came to Philadelphia as Orthodox Jews. However, Bloom’s parents ended up in Indianapolis, which is where Bloom was born. Both of his parents worked to help the community. Lucille was Bloom’s older sister.

Bloom started his graduate studies with the elite “Committee on Social Thought” program, where he studied topics from different fields. This is when he met Leo Strauss, a German immigrant and political philosopher whose ideas helped him understand what a liberal arts education should be about.

In 1953, Bloom went to the University of Chicago and got his Master’s degree. As part of his graduate work, he spent the next two years teaching philosophy at the “Ecole Normale Supérieur” in Paris. During this time, he also studied with the philosopher Alexandre Kojève, who was an expert on Hegel.

After getting his Ph.D. in 1955, Bloom started teaching at the University of Chicago. He taught with his friend and colleague Werner Dannhauser, who wrote Nietzsche’s View of Socrates.
In 1962, he went on to teach as a visiting assistant professor at Yale.

In 1963, he moved to Cornell to teach political science as an assistant professor. He was also a member of the Telluride Association. The goal of this group was to train students and teach them the basics of self-government by letting them run the group themselves.

In 1964, he finished his work, called “Shakespeare’s Politics,” which was a collection of three essays about Shakespeare’s plays. After a year, he was given a permanent job as a professor.

Bloom left Cornell because he didn’t like how the school dealt with student protests. He first went to Israel and then to Paris, where he taught as a visiting professor for the 1969-1970 school year.

In 1970, Bloom quit his job at Cornell and became a professor of political science at the University of Toronto. During his time in office, he kept doing his job as a translator, putting Jean-Jacques Rousseau’s work into English.

In 1979, Bloom finished his translation of Rousseau’s “Emile, or on Education.” He was still living in Toronto at the time.
He went back to the University of Chicago in 1979 and got a full professorship there. He met Saul Bellow, became friends with him, and then began teaching with him. He stayed in this job until the day he died.

Bloom translated and explained a lot of great works, but it was his 1968 translation of Plato’s Republic that made him famous. Leo Strauss, his teacher, and mentor had a big impact on him, and this was clear in the way he interpreted the music.

The most well-known book by Bloom, “The Closing of the American Mind,” came out in 1987. The book got a lot of good reviews, but it also caused some big arguments. This is where Bloom came up with his idea of relativism, which is being open to everything but no longer being able to think critically.

Bloom never got married because he was totally focused on his own mission. He was 62 years old when he died on October 7, 1992.

Love and Friendship, his last book, came out after he died. The meaning of love is explained in the book by reading classic books by Stendhal, Jane Austen, Flaubert, and others.

Bloom cared more about making the world a better place than about himself, but he didn’t ignore his own needs. Instead, he was driven by the desire to teach.

Allan Bloom’s estimated net worth is $9 million, and he makes most of his money from his work as a journalist, philosopher, political scientist, and classical scholar. We don’t have enough information about Allan Bloom’s cars or his way of life.

People said that this American philosopher was kind and funny, but also so serious that he sometimes smoked from the wrong end.