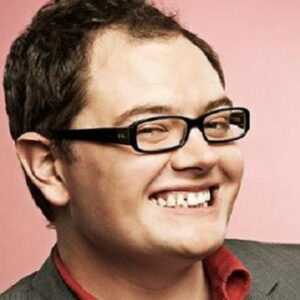 Allan Carr, who has a talent for picturing what works and what does not, is the producer of popular films such as ‘Survive’ and ‘Grease,’ as well as award-winning Broadway productions such as ‘La Cage aux Folles.’ The financial success of ‘Survive’ pushed his career in Hollywood, and with the success of ‘Grease,’ the boy from the Chicago suburbs became a millionaire. He was also a successful personal manager, with Joan Rivers, Ann Margaret, Paul Anka, Olivia Newton-John, and Stockard Channing among his celebrity clients. He was known for throwing extravagant parties. Guests were sent subpoenas instead of invites to one of the parties he organized, which took place in an abandoned Los Angeles jail. After undergoing bypass surgery for weight loss, he organized the town’s most expensive celebration. For the two-day event, attendees were invited in two alphabetically arranged groups. The producers chose him to organize the ’61st Academy Awards’ based on his reputation for adding a touch of opulence to events. Although the producer is remembered as the trend’s originator, “The Oscar goes to…” He continued to work for the theater and succumbed to cancer after a fragile struggle.

Born on May 27, 1937, in Chicago, Illinois, he was the only child of his parents, who divorced while he was in his early teens. His father was a successful furniture salesman who amassed substantial earnings.

Allan attended ‘Lake Forest College’ before transferring to ‘Northwestern University’ Allan discovered his destiny at Lake Forest College and went on to establish his own theater. He rented the Civic Theatre, and among the first plays were “The world of Carl Sandburg” starring Bette Davis and Gary Merrill, “Mary Stuart” – a famous piece directed by Sir Tyrone Guthrie, and “Garden District” by Tennessee Williams.

Later, he abandoned his academic pursuits to seek a career in the entertainment sector, which had always attracted him. He then changed his name from Allan Solomon to Allan Carr around the same time.

During his adolescent years, the young man worked for the Chicago Symphony Orchestra, his father’s furniture store, and a financial company as a skip tracer.

At the age of 18, the aspiring actor placed all of his funds of $750 in the ‘Broadway production of ‘Ziegfeld Follies’ This production, which starred actress Tallulah Bankhead, did not make it to Broadway because of its poor earnings.

Hugh Hefner, the magazine’s owner, and a well-known business magnate, took the showbiz fanatic under his wing and helped him land a job at the world-famous adult magazine “Playboy.” Allan assisted Hefner in the development of the television series Playboy Penthouse.

This producer was renowned in Hollywood for molding the career of the Swedish-American actress and singer Ann Margaret. Additionally, he produced the 1970 film C.C. and Company, which starred her as a fashion journalist.
Carr then worked as a marketing and promotion consultant for producer Robert Stigwood in 1975. The first project he did was a film adaptation of the rock opera Tommy, which tells the narrative of a deaf, dumb, and blind youngster.

The 1976 film that followed the success of “Tommy” was “Survive,” which was based on a real-life catastrophe. Carr dubbed and reedited the Mexican film, and its box office success resulted in huge financial advantages for him.

In 1977, he was tasked with creating the advertising campaign for the film “Saturday Night Fever.” The success of the film’s star-studded premiere earned him the production rights for Paramount’s subsequent feature, “Grease.”

Olivia Newton-John, who was Allan’s client at the time, played ‘Sandy’ opposite John Travolta in the 1978 film ‘Grease’. This well-known film, which was based on a musical, was co-produced by him, and he also penned the cinematic adaptation. The picture went on to become the highest-grossing film of the year, a feat never before accomplished by a film with a budget of less than $100 million.

In 1978, he also participated in the final season of the popular criminal television series “Police Woman.” In the same year, he collaborated with Stigwood on the Oscar-winning war drama “Deer Hunter.”

Carr produced the 1980 film “Can’t Stop the Music,” which was based on the American disco group “Village People.” The film’s grandiose premiere was prepared in his characteristic style, although it was not financially successful.
In 1982, unfazed by the failure of ‘Can’t Stop the Music,’ he made a sequel to his former smash, ‘Grease.’ It did not attain the same level of success as the preceding version.

In 1983, Carr turned his focus to the problem of homosexuality and produced the musical adaptation of the play “La Cage aux Folles.” The production was a tremendous hit, ran on Broadway for five years, and received the Tony Award for Best Musical.

Allan was involved in the production of two films in 1984: the comedy “Where the Boys Are” and the spy action film “Cloak and Dagger.”
Allan was contacted by the ‘Academy Award ceremony’s producers in 1989 to manage the ’61st Academy Awards ceremony, based on his reputation for orchestrating grandiose events.

The presentation, which aimed to link past and present stars and create a visual chronology, was a significant letdown. The final nail in the coffin was the 12-minute rendition of ‘Proud Mary’ by ‘Snow White actress Eileen Bowman and Rob Lowe. This catastrophe spelled the end of Alan’s Hollywood career.

Returning to Broadway in 1989, the producer collaborated with Freddie Gershon and CBS Records to create the musical “Goya: A Life in Song.” The musical was inspired by the life of the painter Francisco Goya.

In 1995, he sponsored the highly acclaimed productions of “Cyrano de Bergerac” and “Much Ado About Nothing.” Carr was nominated for another Tony Award for these productions.
In 1998, he was in charge of the premiere and launch party for the re-release of the film “Grease.”

Allan’s 300-plus-pound bulk caused him significant issues due to his emotional eating. Doctors practically stapled 18 inches of his intestines during the gastric bypass operation he received.

In 1999, Carr passed away at his Beverly Hills home from Liver Cancer, which he contracted after his kidney transplant. The immune-suppressants he was given to prevent his body from rejecting the transplanted organ put him susceptible to fast-developing cancer. Allan, a man renowned for living the life of a king, died while planning a spectacular celebration for his friends.

Allan is one of the wealthiest and most popular film producers in the world. According to our research, Wikipedia, Forbes, and Business Insider, Allan Carr has an estimated net worth of $1.5 million.

In 1981, the producer won the inaugural “Golden Raspberry Award” for “Worst Film” for his film “Can’t Stop the Music.”