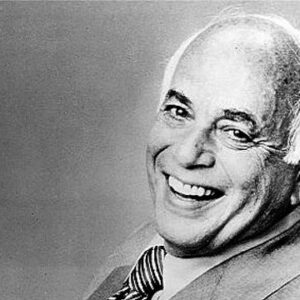 Allen Funt was an American TV producer who is best known for making and hosting the show “Candid Camera.” After he graduated, he worked as a radio announcer and did it as a hobby to come up with new ideas for radio shows. During World War II, he joined the Army Signal Corps. During his time at war, he became very interested in the portable wireless recorders. He thought it would be interesting to use hidden cameras and microphones to record how people reacted to strange and scary situations. At first, it was a radio show for a couple of years. Then, it moved to TV and became “Candid Camera.” People loved the show right away because it showed people’s reactions in real time and didn’t have any drama that was written ahead of time. People who didn’t know about the shocking events were caught by the hidden cameras, and their reactions were recorded. He did many of his own stunts, and each one ended with the catchphrase “Smile, you’re on Candid Camera.” Along with his TV show, he made two full-length movies, wrote three books, and recorded several albums. Almost all of these were based on the idea of a hidden camera. He was a pioneer in the world of television. He created a whole new type of programming for future generations, which is now called “reality-based television.”

He was born in New York, the U.S., on September 16, 1914, to Isidore Funt, a diamond wholesaler, and Paula Saferstein, his wife. Dorothy was his older sister.

He went to New Utrecht High School in Brooklyn, New York when he was young. He went to Cornell University after high school and got a bachelor’s degree in fine arts there in 1934.

Then he spent some time at Columbia University. After that, he spent a year at the Pratt Art Institute in Brooklyn before getting a job.

He started his career by working in an advertising agency’s art department. Later, he went into broadcasting and worked with Eleanor Roosevelt, the First Lady of the United States who had been in office the longest, on her radio commentaries. He also made jokes for Ralph Edwards’s hit quiz show “Truth or Consequences,” which was a big hit.

During the Second World War, he was sent to Oklahoma to serve in the US Army Signal Corps. He was there from 1943 to 1945. While he was in the army, he had the idea to record and broadcast the complaints of his fellow soldiers.

But the soldiers didn’t want to, so he came up with the idea of putting a hidden microphone on them to record them. This turned out to be very funny.
In 1946, he started a show on ABC Radio called “Candid Microphone” to record people’s natural reactions to strange situations. At first, he would try to get people to come into his office by making them an offer or asking for help.

Later, when portable recorders came out, he would go around and record things for his radio show.
On August 10, 1948, ABC aired the show under the same name. It was made up of clips from short films that were shown in theaters and showed how the jokes scared regular people.

The show moved to NBC in 1949, where it was called “Candid Camera.” In 1960, CBS picked it up for a seven-year run.
The show was an instant hit with the public, and it was shown on all three major U.S. networks. Both on the networks and in syndication, it got the highest ratings.

One of its first funny gags was a scene in which a car came down a hill and stopped in front of a person walking by, with the driver asking for help to get the car going. People were shocked and confused when the hood was opened and they saw that there was no engine.

Some of the other strange jokes were “talking mailboxes” and “bowling balls without holes.” In a classic trick, some of his crew rode an elevator with its door facing the back instead of the front. Soon, most people would also turn around, making for a strangely funny situation. In another social psychology experiment, he put up two doors in a hallway. One door had a sign that said “Use the Other Door,” and the other said, “Do Not Enter.”

He also made two movies that were in the same style as reality-based TV. “What Do You Say to a Naked Lady?” was one of his movies. It came out in 1970 and was a movie for adults. It showed how different people reacted to a number of sexual situations. His second movie was “Money Talks,” which came out in 1972. In it, people talked about money without knowing they were being filmed.

After he quit the show in 1993 because of his poor health, it was taken over by his son, Peter Funt. The show went off the air and came back several times as a regular show or as a series of specials over the years.

He got married to Evelyn Kesler in 1946. The couple was lucky enough to have three children: Peter, John, and Patricia. In 1964, they got a divorce.

He got married to Marilyn Ina Laron in 1964. William and Juliet, their children, were born to them. The couple also got a divorce.
He had a stroke in 1993 and stayed sick after that. He died in Pebble Beach, Calif., on September 5, 1999.

Allen is on the list of the most popular and one of the richest TV show hosts. Based on what we’ve found on Wikipedia, Forbes, and Business Insider, Allen Funt’s net worth is about $14 million.