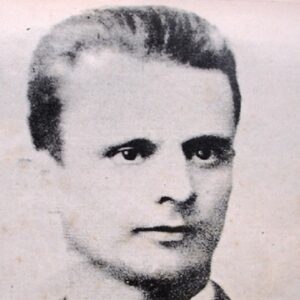 José Ferraz de Almeida Junior, often known as Almeida Junior, was the first artist in Brazil to paint realistic portraits at the time. His paintings have been acknowledged as the nation’s basis for modern art. His paintings are very similar to those of other Realist painters such as Gustave Courbet and France’s Jean Francois Millet. His peers were busy depicting myths and historical events during Almeida’s period, but he opted to focus his paintings on rural life. Several of his paintings depict rural people going about their daily routines, with some even depicting profound feelings of desire and sadness. Nobody would have guessed that a lowly church bell-ringer could contain such a wealth of artistic talent! His portraits had a high level of dexterity, as he had a good eye for detail. He drew high acclaim for being the first in Brazil to swim against the current, and many painters emulated his work in the decades that followed. His paintings, on the other hand, are known for their detailed depictions of both art and emotion, making them impossible to duplicate. On his birthday, May 8, Brazil remembers the enduring work of the influential artist by celebrating ‘Fine Arts Day,’ also known as ‘Dia do ArtistaPlastico.’

José Ferraz de Almeida Junior was born in the little hamlet of Itu, Brazil, on May 8, 1850, to Miguel Correa P, a priest at the Our Lady of Candelaria Church.

Almeida Junior grew up in a religious family with strong religious convictions. He worked as a bell ringer in his father’s church since he was a child.

He spent his time painting portraits while he wasn’t helping with the everyday tasks.
Many of these paintings, such as ‘The Apostle St. Paul’ in 1869, had religious subjects and were frequently used as décor in his father’s church.

His father was so taken aback by his son’s abilities that he organized a fundraiser to help support his academic painting studies. The cash gathered at the church will assist his kid in affording to study art in Rio de Janeiro.

His father was able to raise enough money, and Almeida Junior went to Rio de Janeiro at the age of 19, where he studied at the Imperial Academy of Fine Arts.

Victor Meirelles, Jules Chevrel, and Pedro Americo, who were outstanding artists and established academics at the time, taught him at the institute.

He enrolled in a conventional course of study at the institute, which consisted of two years of mandatory drawing sessions followed by instruction in painting.

He was a well-liked student at the university, and his precise work earned him acclaim for his religious, historical, and living model paintings.

He returned to Itu after finishing his official studies. He established a studio in his country, where he not only painted portraits but also taught drawing.

When Emperor Pedro II visited Sao Paulo in 1876, fortune smiled on Almeida Junior. He stumbled upon Almeida’s works in Itu. The emperor was so taken with his work that he immediately funded his additional education in Europe.

In 1877, he began taking drawing lessons in Paris with a monthly stipend of 300 francs, which was a substantial sum considering that a day laborer’s income at the time was 5 francs per week.

In 1878, he enrolled at the ‘Ecole Nationale Superieure des Beaux’ in Paris. He spent three years there studying anatomical drawings under the legendary Alexandre Cabanel.

In 1879, he became a member of the ‘Salon Officiel des Artistes Francais,’ where he painted several masterpieces over the next three years, including ‘DerrubadorBrasileiro,’ or the Brazilian lumberjack.

After exhibiting his paintings at his first institute, the Imperial Academy of Fine Arts, in Paris in 1882, Almeida Junior returned to Brazil.

He established a studio in Sao Paulo and assumed responsibility for training future generations of artists. Pedro Alexandrino was the most successful of his students, who went on to make permanent impressions in art.

Almeida Junior revolutionized Brazilian painting by infusing his enthusiasm into a variety of subjects, including regional paintings and Republican lords.

He put on shows for possible purchasers as well as the press. As a result of these shows, news of his art went far and wide, assisting him in establishing an illustrious name.

Following his exhibition ‘ExposiçoGeral de Belas Artes’ in 1884, he was knighted, which was his highest honor.
Victor Meirelles offered Almeida the position of professor of historical painting at the Imperial Academy the next year, but he declined and continued to paint and teach at his Sao Paulo studio.

He traveled to Europe three times between 1887 and 1896, where he encountered European painters and artists who had an indelible influence on him.

He gradually changed from diverse genres of biblical and historic paintings to rustic paintings as the years went by, eventually gaining ground on Naturalism.

Despite the fact that these theme shifts in his portraits were not insignificant, people continued to admire his creative abilities, and his studio and schools thrived.

He depicted men and women going about their daily lives, resulting in a more realistic depiction of village beauty that differed from the strict academic paintings of the time. His paintings didn’t try to explore luxury; instead, they portrayed simplicity at its best.

Almeida Junior received a gold medal for his portrait of the ‘Resurrection of the Lord’ in 1874 during his final year of study at the Imperial Academy.

The Imperial Government bestowed the title of Knight of the Rose on him in 1884.

The Imperial Academy awarded him his final gold medal in 1898 for his stunning painting ‘Departure of the Monsoon,’ which is still praised by many art critics today.

José de Almeida Sampaio’s wife, Maria Laura do Amaral Gurgel, had a long-term romance with Almeida Junior. Maria Laura and Almeida had been engaged before splitting up. She eventually married Almeida’s cousin but kept her relationship with Almeida going.

When Sampaio found out about the affair, he became enraged and stabbed Almeida Junior on November 13, 1899.
His final work was ‘The Guitar Player,’ which he completed just days before his death. With the death of such a brilliant artist, the world suffered a profound loss, and Brazil lost her “national painter.”

His works heralded the beginning of the modernist movement in Brazilian art. His work drew on abilities he’d learned at numerous colleges, but it was a departure from the mythical paintings of the time.

Even today, the commemoration of the Day of Fine Artists on his birthday, where exhibitions are conducted in recognition of his contributions to Realistic art, he remains prevalent in the memories of Brazilian people.