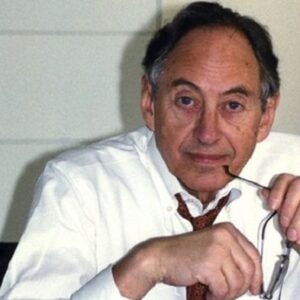 Alvin Toffler was an American futurist who wrote about communication, digitalization, and corporate expansion. He was renowned as one of the “world’s most famous futurologists” and is credited with helping to shape modern China. He began his career as an associate editor at the magazine ‘Fortune,’ where he conducted business and management research. Prior to that, he spent some of his youth working in the labor movement before becoming a labor columnist, where he offered his experiences and analyses on the working class. His previous articles concentrated on the advancement of technology and its impact on society, and he received research grants from IBM and AT&T. From there, Toffler wrote works like ‘Future Shock,’ ‘The Third Wave,’ and others that tackled issues like information overload, military hardware proliferation, weapons and technology proliferation, and capitalism. He was a member of the International Institute for Strategic Studies, serves on the advisory board of the Comptroller-General of the United States, and has been elected a Fellow of the American Association for the Advancement of Science for his impeccable understanding of the future impact of current revolutionary technological changes. He married Heidi Toffler, a futurist and thinker in her own right who had a significant impact on Toffler’s professional development.

Alvin Toffler was born in New York City on October 4, 1928, and studied English literature at New York University, where he met his future wife Heidi. They were both radical philosophers who subscribed to the Leftist worldview.
They graduated from university together and moved to the Midwest of the United States, where they worked on the assembly line in blue-collar occupations. Heidi became a union shop steward after five years, and he became a millwright and welder.

Toffler found a job in the Washington office of a Union-sponsored periodical after working as a manual laborer for a while. He used to write for a Pennsylvanian newspaper about the political events of the United States Congress and the White House.

He worked for the Pennsylvanian daily for three years before moving to New York City to work as a labor journalist for the magazine ‘Fortune.’ Later on, he was invited to write on business and management.
After that, Toffler left ‘Fortune’ and went to work for IBM, where he was asked to write an article about how computers have changed society and organizations. He met a lot of interesting artificial intelligence theorists while researching on this essay.

Toffler was also asked by Xerox to write a study on the company’s research lab and AT&T. According to his research, the corporation should have been broken up more than a decade before the government pushed it to.
Toffler’s debut book, ‘Future Shock,’ was published in 1970. He addressed the psychological effects of “too much change in too short a span of time” in this work. The book was a worldwide best-seller.
After ‘Future Shock,’ he published ‘The Third Wave,’ his second major work. It was a follow-up to ‘Future Shock,’ and it discussed the transition from the Industrial to the Information Age in developed countries.

Toffler had one of his writings published in 1983, titled “Previews and Premises: A Penetrating Conversation About Jobs, Identity, Sex Roles, the New Politics of the Information Age, and the Hidden Forces Driving the Economy.”
‘Powershift: Knowledge, Wealth, and Violence at the Edge of the Twenty-First Century,’ by Alvin Tofflers, was released in 1990. It was the final installment in his ‘futurist’ trilogy. He also wrote ‘War and Anti-War: Making Sense of Today’s Global Chaos’ about the same time.

In 1996, Toffler and Tom Johnson co-founded ‘Toffler Associates.’ It’s a consulting firm that helps people put Toffler’s concepts into action. The firm works with companies in the United States, South Korea, Mexico, and Australia, among other places.

In 2006, he released ‘Revolutionary Wealth: How it Will Be Created and How It Will Change Our Lives,’ a book that builds on the ‘Third Wave’ themes. It discusses how wealth will be created in the future and who will benefit from it.

He met his future wife Heidi Toffler, who was also a futurist writer, at New York University in 1928 and married her the following year. Karen Toffler, one of their children, died recently after suffering from Guillain-Barre Syndrome.
Alvin Toffler passed away on June 27, 2016, at his Los Angeles residence.

Alvin Toffler is a novelist with a $2 million net worth.

According to ‘Accenture,’ the management consulting organization, he is the third most important business leader behind Bill Gates and Peter Drucker.
The Financial Times has dubbed him the “world’s most famous futurologist,” and he is widely regarded as one of the most influential figures in defining modern China.
The McKinsey Foundation Book Award for Contributions to Management Literature was given to him.
The Russell Sage Foundation has offered him a place as a visiting scholar.
He was also awarded the Officer de L’Ordre des Arts et Letters.

Heidi Toffler, Toffler’s wife, is a member of the Center for Global Communications’ advisory council in Tokyo and the Piu Manzu Foundation’s scientific committee in Italy.
Both husband and wife are honorary Co-Chairs of the United Nations Development Fund for Women’s U.S. Committee.