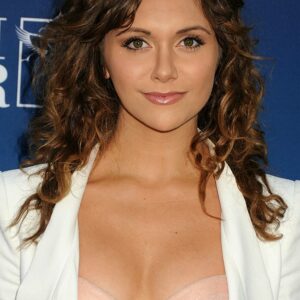 Alyson Stoner has a long list of accomplishments in both Hollywood and the music industry, including Actress, Singer, Dancer, Voice-over artist, and even YouTuber. She is one of the celebrities who has caused a stir in the entertainment industry! She began her career in the fashion industry when she was nine years old, and she is still the talk of the town at the age of 23! Miss Stoner is most known to millennials for her part as Sarah in the smash movie ‘Cheaper by the Dozen,’ as well as the Missy Elliot music video ‘Work It.’ Alyson’s vocal abilities are equally deserving of praise—her song covers and acoustic renditions have been going viral for quite some time! It won’t be long before this diva conquers the world stage, as she reigns in the hearts of both older and younger generations!

Even though she is now 23, this powerhouse has been conquering people’s hearts since she was ten years old. Alyson had her glam debut at the age of nine, when she was spotted performing outrageous moves in a Missy Elliot’s music video called ‘Work It.’

Alyson’s career went off to even greater heights when this video rocketed her to an unstoppable level of recognition, landing her a stage as an actress and voice-over artist! Miss Stoner was a backup dancer for Will Smith and Outkast at the Nickelodeon Kids’ Choice Awards, in addition to Missy Elliot.

In terms of her music career, Stoner just finished a 24-city nationwide tour in support of her EP ‘While You Were Sleeping.’

Alyson landed a role in the hit television show ‘Camp Rock,’ and then went on to star in the all-time hit film ‘Cheaper by the Dozen.’ Alyson subsequently joined the ‘Step Up’ franchise, which allowed her carve out a name for herself and win over many hearts with her exceptional dancing and acting abilities.

Alyson has not only shown to be an excellent dancer, but she has also converted her audience into her biggest fans, thanks to her spot-on on-screen acting abilities! Along with her great television and music careers, Miss Stoner is presently voicing Jenny and Isabella in the Disney Channel animated series ‘Phineas and Ferb.’

Alyson’s career has always been in the spotlight for reasons other than celebrity; she has been praised for her enormous heart, especially when it comes to delicate matters such as educating poor children.

Not only that, but Stoner is well-known for her conscientious practice of keeping food boxes in her car in case she encounters homeless individuals while driving. It’s no surprise that she was named a StarPower ambassador for the Starlight Children’s Foundation.

This multi-talented woman aspires to be a role model for women’s empowerment and will not accept anything less than that. It was just a matter of time before she redefined what it meant to be a millennial woman, with so much to her name.

As a result, Alyson Stoner was named the sixth most searched actress on ‘Google’! Maybe the fact that she was named Best Model in 2000 played a small part in this?

She is noted for her sincere desire to make the world a better place by prioritizing empowerment above random hoopla and pursuing meaning over success.