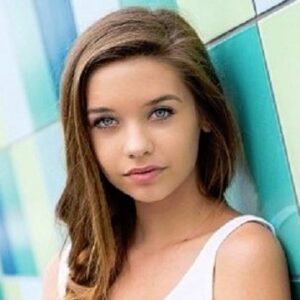 YouTube has completely changed the way we watch videos online! It is the most popular method of putting oneself in the spotlight, expressing one’s thoughts and showing one’s talents in the hopes of reaching the millions of people that log on every day. Tutorials are one of the most popular types of material on the web, with users leading you through everything from opening a drink bottle to constructing a car from the ground up. Makeup tutorial videos are quite popular among girls and women. Such channels are plentiful, with almost everyone owning at least one. Setting your own identity in such a competitive environment is an achievement in and of itself, and 17-year-old Amanda Steele has done just that! With over 2.8 million followers and over 227 million views, her YouTube channel MakeupByMandy24 is a big hit. Her channel began with cosmetic lesson videos, but it has since developed into a video diary of her daily life. She also has a second YouTube channel, Maaanndddyy, where she posts random pieces of her life that aren’t related to beauty or fashion. We think 600,000 subscribers and 21 million views for a secondary channel are really outstanding! Amanda’s Instagram account has over 2.7 million followers who follow her to see what she’s up to in the world of fashion. She seems to rock it all, from wacky to edgy to cute to glam, and we can see why her followers are adoring her!

Amanda began her YouTube channel when she was ten years old. She began by posting videos of herself doing simple school makeup and hairstyles. She progressed to displaying her wardrobe and beauty collection. She was obsessed with cosmetics, even though the only “makeupey” things she was allowed to do at the time were curl her eyelashes and apply lip gloss. She would attempt new makeup on a regular basis and post charming videos of herself doing so. We could see her develop a distinct sense of style as time went on. She quickly began putting out eye-catching outfits that were the stuff of every teen girl’s dreams, thanks to her natural sense of fashion. She quickly gained a devoted following, which encouraged her to wear age-appropriate cosmetics, but with a level of creativity that seemed to be above her years. She wore braces for a year and looked great while wearing them before switching to invisalign. On January 5, 2014, she surpassed the one million subscriber mark, and over the next three years, she surpassed the three million subscriber mark. When she turned 16, she went full fashionista mode, starting with platinum blonde hair. With her mixing up wacky wardrobe ideas that were very motivating, her style got more edgy and fashion-forward. Her ‘Everyday makeup look’ tutorial had over 1 million views in just two weeks, indicating that she has developed a cult following. She subsequently began working with well-known cosmetics companies such as Maybelline, BHcosmetics, and Sephora. In cooperation with the boutique makeup brand ColorPop, she just released her own makeup line, Amanda Steele x ColorPop, which includes an eyeshadow palette, individual eyeshadow cubes, and three lipstick colours. She’s also collaborating with Quay, an Australian sunglass company, to produce two new eyewear lines: Muse, which features reflective aviators, and Envy, which features hefty wayfarers. In addition, she has made her television debut in AwesomenessTV’s original web series, ‘The Social Life,’ which documents her life as she rises through the ranks of social networking. Her net worth is currently believed to be at 1.5 million dollars. Not bad for an adolescent!

If you’ve been following Amanda’s journey, you’ve seen how she’s grown from a makeup-loving adolescent to this ultra cool fashionista in the last six years. We agree with her that YouTube is the best thing that has ever happened to her! Her ability to express herself through makeup and fierce fashion sense is extremely inspiring. She never fails to underline the importance of her job in her personal videos. The blue-eyed makeup maverick and cum fashion model puts her heart and soul into her work. By taking on new projects and experimenting with new trends, she is continuously pushing the boundaries. At the same time, she exudes an awe-inspiring atmosphere of a teen who has finally struck a balance between her personal self and her online identity, something that even more adult celebrities struggle with.

Beyond Notoriety of Amanda Steele

There is a widespread belief that social media celebrities who make a living from makeup and clothes are encouraging teen self-esteem concerns. Amanda has had to deal with her fair share of criticism and judgment as she has practically grown up online. People have been surprised by her change in attitude and look, and have slammed her for being a terrible role model and for promoting the message that natural beauty should be covered up with layers of cosmetics. Amanda, on the other hand, has remained calm in the face of these allegations, declaring that cosmetics is a way for her to have fun and express herself, rather than a technique to hide flaws. “You also can’t expect a teenage girl who has been pulled down every day since she was 10 years old to not adapt,” she stated when asked about the change in her vlogging approach. For the majority of 2015 and 2016, Amanda was romantically involved with model Markel Williams. They were open about their connection on social media, sharing adorable photos of each other and tagging one other in tweets. In September 2016, the lovely pair called it quits, and Amanda tweeted, “Just wanted you guys to know that Markel and I decided to stop our engagement.” We’re both fine and understand the importance of this for ourselves.” Her fans, who were wild about the breathtakingly elegant duo, were devastated by the news.

Behind the Scenes of Amanda Steele

Amanda is currently based in Los Angeles and is signed to the IMG Models Worldwide agency. Lauren, her older sister, is her best friend and they are extremely close. Harley is the name of her puppy. Amanda was an A student throughout middle school, but she dropped out and began homeschooling at the age of 14 to devote more time to her YouTube channel. She was also very active in cheerleading, but she left it up to pursue her career.

Estimated Net Worth of Amanda Steele

Amanda Steele makes a lot of money from her large social media fan base.
Let’s take a look at our UPDATED Amanda Steele Net Worth, Income, and Salary information for the year 2021.
Amanda Steele’s net worth in 2021 is estimated to be between $1 million and $5 million (Approx.)