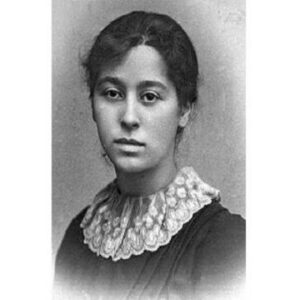 Amy Levy was a British poetess and novelist who was one of the most well-known Victorian authors. She was born into an Anglo-Jewish household and rose to prominence as a writer during the Victorian era. She was a member of London’s thriving intellectual society and authored a number of poetry, articles, and novels. Her literary career began at an early age, when she used to help out with her writing talents in her family’s home theater shows. She attained independence at a young age and, unlike other women of the time, lived apart from her family. She was one of the first ladies to travel without a chaperone around London and overseas. Despite suffering from terrible depression, she was an active part of London’s intellectual elite. The beliefs of the German Pessimists, the Aestheticism movement, and other Victorian women writers inspired her work greatly. She claimed to be an Anglo-Jew, yet she was often critical of the Jewish community. She was also critical of London Society’s materialism, philistinism, and complacency. She was a gifted writer, but due to her mounting sadness, she took her own life at the age of 27. Her well-known writings explored the reality of Jewish life in Europe and England, as well as English society, feminism, and popular philosophies of the day.

She was born in Clapham, an affluent London neighborhood, on November 10, 1861, to Lewis Levy, a wealthy stockbroker, and his wife Isabel Levy. She was the second of seven children born to them.

She grew up in a middle-class Anglo-Jewish family in England, where she was fascinated to literature. Her brothers authored creative works, which she converted into poetry and dramas, and her family took part in home theater events.

Her writing career began when her poetry ‘Ida Grey’ was published in the journal ‘Pelican’ when she was 14 years old.
For her early schooling, she was sent to Brighton and Hove High School. Edith Creak, her 21-year-old headmistress, a goal-oriented independent woman, the New Woman type, had a big influence on her.

Clementina Black, Dollie Radford, Eleanor Marx, and Olive Schreiner became lifelong companions.
She was the first Jewish woman to be accepted into Newnham College, Cambridge, where she studied ancient and modern languages as well as literature from 1879 to 1881.
When her debut collection, ‘Xantippe and Other Verse,’ was published in 1881, she dropped out of college without graduating.

A Career of Amy Levy

In 1886, she traveled to Florence, Italy, and wrote a series of articles about Jewish life in the city for ‘The Jewish Chronicle.’
Violet Paget, a lesbian fiction writer, she met in Florence. Two of her sonnets, ‘To Vernon Lee’ and ‘New Love, New Life,’ were inspired by Violet.

‘Women and Club Life,’ ‘The Poetry of Christina Rossetti,’ ‘At Prato,’ and ‘The Recent Telepathic Occurrence at the British Museum’ were among the articles and poetry she wrote between 1886 and 1888.
In 1888, she wrote her first novel, ‘Romance of a Business,’ a narrative about four sisters who break tradition and create a photography shop.

The novel received positive reviews from critics and was complimented by Oscar Wilde.
Her second work, ‘Reuben Sachs,’ published in 1888, was falsely accused of being anti-Semitic by the Jewish press. The Jewish press misinterpreted it as an attack on Jewish culture.

‘Leopold Leuniger: A Study,’ ‘Lallie: A Cambridge Sketch,’ ‘Between Two Stools,’ ‘Sokratics in the Strand,’ and ‘The Recent Telepathic Occurrence at the British Museum’ are some of her best-known short stories.

‘The Ghetto in Florence,’ ‘The Jew in Fiction,’ ‘Jewish Humour,’ ‘Jewish Children,’ and ‘Middle-Class Jewish Women of Today’ were among her published essays.

‘Miss Meredith,’ her third novel, was released in 1889. Her interest in feminist themes and Victorian social mores was evident in this novel, as it had been in her prior works.
‘A London Plane-Tree,’ her final collection of poems, was published in 1889. The lyrics were influenced by French symbolism.

Her short story “Wise in Her Generation” was published after her death in 1890.

Her famous works include the stories ‘Cohen of Trinity’ and ‘Wise in Her Generation,’ both published in Oscar Wilde’s periodical ‘Women’s World.’

Amy Levy’s literary work, ‘The Complete Novels and Selected Writings of Amy Levy,’ was released posthumously in 1993, reigniting interest in her as a writer.

Despite suffering from depression throughout her life, she continued to travel and write.
In 1886, she met Violet Piaget, a pseudonym for Vernon Lee, an author, and fell in love with her. Vernon was a lesbian, but the feelings were not reciprocated, and she just saw Levy as a wonderful friend.

Because of her increasing sadness and awareness of her deteriorating deafness, she committed herself by inhaling carbon monoxide at her parents’ home in Bloomsbury, London, on September 10, 1889.
Her corpse was cremated and her ashes were placed at Balls Pond Cemetery at her wish.

Estimated Net Worth of Amy Levy is unknown.