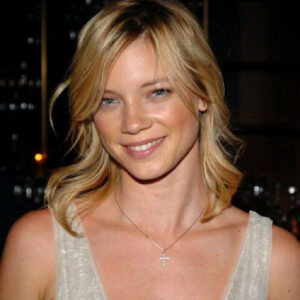 Amy Smart is a former model and actress from the United States. She was born and raised in California, but began her modeling career in Italy. In 1996, she made her acting debut in the television film ‘Her Costly Affair.’ She worked extremely hard to get from there to star in a little role in the film ‘Starship Troopers.’ It was difficult for her to make the move from modeling to acting because models were rarely considered competent actors and were often cast in minor roles. Amy, on the other hand, refused to give up and eventually graduated to larger roles, beginning with the series ‘The 70’s’ and the film ‘Varsity Blues.’ She subsequently moved into main parts with the romantic comedy film ‘Just Friends,’ which she co-starred in with Ryan Reynolds in 2005. The film was a box office smash, and Amy had finally received the acclaim she had been seeking for more than a decade. She went on to star in several notable films, including the ‘Crank’ series with Jason Statham and the ‘Shameless’ series, in which she played a popular recurrent role.

Amy Smart was born in Los Angeles, California, on March 26, 1976. She had always been a curious child who wanted to learn as much as she could about her artistic side. She was accustomed to loneliness as a child growing up in a middle-class family with both parents working, but it only aided her development as an artist.

Amy grew up with her brother Adam Smart, whose mother worked as a museum curator and whose father worked as a salesperson. She engaged in dance courses to help her cope with her loneliness, which also helped her overcome her stage fear.

She grew up quickly, and because dance was her love, she was able to retain a toned physique. Throughout her middle and high school years, she was a performer. She developed a strong interest in the art of acting during her senior year in high school. She paid close attention to plays at school and in the neighborhood.

In later interviews, she stated that portraying the same character over and over again helped her grow as an actor since she became acclimated to new aspects of the character each time.

She had already started modeling and was earning a lot of money by the time she graduated from high school. She modeled for agencies in the United States and Europe, and she met Ali Larter during one of her modeling assignments in Italy, and the two young models decided to take acting classes together.

Amy began her acting lessons as soon as she arrived in New York, and she began holding auditions at the same time. Amy had her first appearance in front of the camera in 1993 with Lemonhead’s music video for the song “Its About Time.”

The career of Amy Smart

While most of her auditions were unsuccessful, she did have a few successes. She ultimately landed a role in the 1996 TV movie ‘Her Costly Affair,’ but she found that television didn’t suit her, so she shifted her concentration to cinema jobs.

She had to wait a few more months for her first decent film job, which came in the form of the anthology film ‘Campfire Tales,’ in which she had a small role in the portion titled ‘The Hook.’

1997 proved to be a pivotal year for her acting career, with appearances in films including ‘High Voltage,’ ‘Starship Troopers,’ and ‘The Last Time I Committed Suicide.’ Those roles, though, were primarily just cameos, and she didn’t seem to be getting anywhere with them.

She had two important jobs to her credit in 1999. In ‘Varsity Blues,’ she first featured as the effervescent girlfriend of a football star. Later the same year, she starred in the stoner comedy picture ‘Outside Providence,’ which proved highly famous among the youth.

‘The 70’s,’ a short-lived TV series from the year 2000, featured here in her first major role, but the project faded into obscurity. The one saving grace was that she now had a series to her name, demonstrating her acting abilities.

She also landed a key recurring role as an ex-girlfriend of Scott Foley’s character in the sitcom ‘Felicity’ during this time. Following that, Amy appeared in a number of successful films in the early 2000s, including ‘The Butterfly Effect,’ ‘Road Trip,’ and ‘Rat Race.’ She was picky about the scripts she did since she despised being typecast in specific characters.

Amy’s career took off in 2005 with the publication of her film ‘Just Friends,’ in which she starred alongside Ryan Reynolds. Despite being a modest critical success, the film grossed a considerable amount of money at the box office and is regarded as one of her most successful films to date. Amy’s performance as a gorgeous young lady who friend-zones her childhood boyfriend, Ryan’s character, earned rave reviews.

Amy first appeared in the popular sitcom ‘Scrubs’ in 2003, where she played JD’s girlfriend.
Amy was the starring lady in the somewhat successful comedy film ‘The Best Man’ in 2005. In the film, she was cast opposite Seth Green, and her performance was praised.

In 2006, she had another huge professional breakthrough when she starred in the action thriller film Crank.’ She appeared in the film as the girlfriend of Jason Statham’s main character. However, the film sparked controversy because of the sex scenes that took place on the streets. Despite this, the film was a huge success, and Amy’s career skyrocketed.

She was in the movie ‘Mirrors’ and ‘Seventh Moon’ in 2008, and in 2009, she was in the sequel to ‘Crank,’ named ‘Crank 2,’ which was a continuation of the previous episode. Despite the fact that the picture was widely discussed prior to its debut, it was favorably received by critics for its bright visuals and imaginative use of camera angles.

Amy made her acting debut in the hugely hit drama ‘Shameless’ in 2011. In the comedy-drama, she played Jasmine Hollander, who was a recurrent character in the series. Her character was only supposed to be in the first season, but due to the public’s interest in her, the writers reconsidered expanding her position for the second season.

She continued her acting career with films like ‘Break Point’ and ‘Hangman.’ Roles in ‘Men at Work,’ ‘Justified,’ and ‘Law & Order: Special Victims Unit’ boosted her TV career.

Amy Smart married TV professional Carter Oosterhouse in September 2011 after being in a relationship with him for some years.

In 2016, the couple welcomed a child. Amy became a hot subject once she publicly stated that the baby was her surrogate.

She is a yoga instructor in addition to being an actor.
Amy is concerned about environmental preservation and attends NGO conventions on the subject from time to time.

Amy Smart is an actress and fashion model from the United States with an estimated net worth of $8 million. Amy Smart is best recognized for her roles in “Starship Troopers,” “Varsity Blues,” “Road Trip,” and “The Butterfly Effect,” among others. She has recurring parts on the television shows “Felicity,” “Shameless,” and “Justified,” and in 2020, she began portraying Barbara Whitmore in the superhero series “Stargirl.” “Starsky & Hutch,” “The Single Moms Club,” and “Among Ravens” are among Smart’s other cinematic credits.