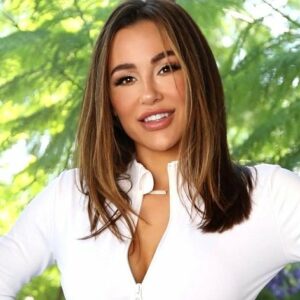 A number of ambitious artists have increased their reputation in the days of social media by having accounts on social media networks and providing intriguing content. However, just a few people have used their social media fame to launch successful modeling careers. Ana Cheri is one such person who has leveraged her social media fame to become one of the most well-known models in the United States. Ana Cheri began her career by posting photographs and fitness recommendations on Instagram, a mobile-based social media platform. With over 8 million Instagram followers, she is a huge celebrity. She began receiving modeling opportunities from local California businesses. She quickly rose to prominence as a model, supporting a number of national brands. Ana Cheri gained global attention after being published in magazines such as ‘Muscle and Fitness Magazine.’

Ana Cheri’s popularity skyrocketed after she was named Playmate of the Month for October 2015 by Playboy Magazine. Following her appearance in Playboy magazine, she began receiving more endorsement requests from major corporations. K&N Filters, Moskova Underwear, Monster Energy, and the Ultimate Armwrestling League were among the main firms that signed Ana Cheri to promote their products. She was even named Shredz Supplements’ permanent brand representative. She travels the country as a brand ambassador for the company, giving motivational lectures about positive thinking, having a beautiful body, and developing inner power. Her celebrity has served as a marketing tool for her. Ana Cheri owns and operates ‘Be More Athletics’ in Santa Ana, California, with plans to develop into a national fitness network. Ana Cheri has launched an active wear line called ‘Want My Look,’ which is aimed at a younger demographic. Teenagers and young adults love the brand, which is now exclusively available online (https://www.wantmylook.com/). The brand now offers a wide range of active wear items such as sweatshirts, shoes, t-shirts, and even party wear.

Ana Cheri is known as the chameleon of the modeling world in the United States. Ana Cheri has an eclectic appearance due to her Native American and Caucasian ancestry. This distinguishes her and has led to countless modeling opportunities. She is also a model who enjoys working out. She has also written fitness books based on her knowledge on the subject. While men think she’s attractive, women see her as a career role model who eagerly reads the free eBooks she offers on her website.

Ana Cheri is married to fitness expert Ben Moreland, who has actively supported her career by authoring and releasing fitness books. Ana Cheri isn’t just interested in modeling and fitness; she’s also interested in social media. She is frequently featured on the popular vlogger Timothy DeLaGhetto’s vlogs. Ana Cheri also has a keen sense of business. Because she has a large fan base, she sells a variety of goods on her website, including T-shirts, innerwear, and calendars. Ana Cheri frequently participates in philanthropic events in order to put her celebrity to good use. AnaCher (@anacheri) shared this video on December 26, 2016 at 11:59 a.m. PST.

Ana Cheri grew up in a prosperous family in southern California. Her ancestors are Native Americans, Caucasians, and Latinas. Her brothers were her brothers when she was growing up. She had to strike a balance between her desire to put on attractive cosmetics and play football with boys as a child. Despite the lack of a comprehensive family history, it is usually assumed that she received all of the support she needed from her family to pursue a demanding career. AnaCher (@anacheri) shared a video on Dec 20, 2016 at 12:59pm PST.

Ana Cheri has a net worth of $5 million.