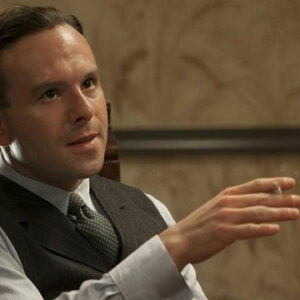 Anatol Yusef is a British actor who has worked in the film, television, and theater industries. When he portrayed Meyer Lansky in the American crime drama television series Boardwalk Empire, he gained worldwide recognition. He also worked on the adaptation of Graham Swift’s Booker Prize-winning novel Last Orders into the film Last Orders. In his nearly three-decade-long career as an actor, he has appeared in numerous television programs as well as a number of films. Yusef’s career began in television in the early 1990s, and he eventually entered the theater industry in the early 2000s. As a theater actor, he became well-known for his roles in popular productions such as “Under Milk Wood,” “Blackbird,” “Romeo and Juliet,” and “Macbeth.” In his career, he has been nominated for numerous Screen Actors Guild Awards, winning once in 2011.

Anatol Yusef began his professional career as a preteen in the early 1990s. Before completing his education or acting training, he worked on a number of television productions. In 1990, he made his television debut as ‘Sydney Blumenfield in the British comedy-drama series ‘Jeeves and Wooster,’ in which he appeared in the first and third seasons.

In 1993, he signed on for ‘The Young Indiana Jones Chronicles’ as ‘Hubert Van Hook’ and portrayed ‘Mark’ in the British children’s drama series ‘Grange Hill’. After completing these three productions, he completed his studies and worked in a couple of other shows, including 1999’s “Thief Takers” and 2000’s “Second Sight: Kingdom of the Blind.”

After completing his education in 2000, he signed on for Fred Schepisi’s film “Last Orders.” The film was based on the original novel of the same name. The movie premiered in 2001.

Bob Hoskins’ performance as the younger version of the film’s main character, ‘Ray,’ was praised. Yusef interacted with legendary performers such as Helen Mirren, Sir Michael Caine, David Hemmings, Tom Courtenay, and Ray Winstone on the set of this film.

His acting skills gained him favorable reviews, and he eventually joined the Royal Shakespeare Company as a resident actor. During the following phase of his acting career, he portrayed several famous roles, notably the Duke of Cornwall in the RSC’s production of “King Lear,” for which he received plaudits from the media and critics.

In the subsequent five years, Yusef received a great deal of recognition and critical acclaim for his performance on stage. His theatrical works included Bill Bryden’s “Romeo and Juliet,” “Macbeth,” “Richard III,” and “Moonlight.”

In 2010, he agreed to portray Meyer Lansky in the American crime drama series Boardwalk Empire. The seventh episode of the first season was his debut appearance on the show, and he remained until the fifth season. He defined his personality as “very ruthless and overachieving.”

His work on the play was frequently noticed in the media and lauded by numerous newspapers including Clive James, the critic. In addition to appearing in ‘Boardwalk Empire,’ he portrayed ‘Paul Gould in the miniseries ‘Southcliffe’ and ‘Deblanc’ in the first season of ‘Preacher’ in 2016.

Anatol Yusef is one of the wealthiest and most well-known actors. According to our research, Wikipedia, Forbes, and Business Insider, Anatol Yusef has an estimated net worth of $1.5 million.