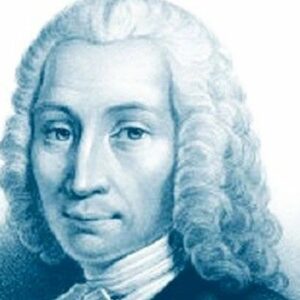 Anders Celsius was a Swedish astronomer, physicist, and mathematician who founded the Uppsala Observatory and proposed the Celsius temperature scale. He was nurtured in the shadow of his father, an astronomy professor, in Sweden. Anders had a natural aptitude for mathematics from childhood, and after completing his studies, he opted to pursue a career as an astronomer. He was the first astronomer to postulate a link between aurora borealis and variations in the Earth’s magnetic field, based on prior observations of aurora borealis (northern lights). He also used measuring equipment to estimate the brightness of stars. Later in life, he took part in an expedition that confirmed Newton’s idea that the Earth is shaped like an ellipsoid with flattened poles. After completing the journey, he founded the Uppsala Astronomical Observatory, Sweden’s oldest astronomical observatory. He is well known for proposing a temperature scale based on the boiling and freezing temperatures of water. Later, a reversal of his original design became the standard, and it was used in practically all scientific publications. He began a number of other scientific initiatives but died abruptly before completing the majority of them. He was a brilliant astronomer, and the temperature scale’s basic unit, “Celsius,” is named after him as a tribute to his achievements.

He was born in Uppsala, Sweden, on November 27, 1701, to Nils Celsius, an astronomy professor at Uppsala University. He was the paternal grandson of Magnus Celsius, a mathematician, and the maternal grandson of Anders Spole, an astronomer. From an early age, he was a gifted mathematician who earned his education at Uppsala University. He majored in astronomy, mathematics, and experimental physics before deciding to work in science.

He was appointed secretary of the ‘Royal Society of Sciences’ in Uppsala after completing his studies. He was appointed professor of astronomy at Uppsala University in 1730, a position he held until 1744. His first studies focused on the ‘aurora borealis,’ an uncommon phenomena in which the northern lights produce stunning illumination of the night sky. He studied the fluctuations in a compass needle and discovered that increased auroral activity resulted in bigger compass deflections.

From 1732 to 1736, he traveled widely to different nations to broaden his astronomical expertise, as well as doing considerable study at observatories in Berlin and Nuremburg. He released a collection of 316 aurora borealis observations made by him and other scientists between 1716 and 1732 in 1733.

He visited various European observatories while traveling through Italy, France, and Germany. He took part in the ‘Lapland voyage’ conducted by the ‘French Academy of Sciences’ in 1736. The expedition’s goal was to measure a meridian in the north in order to confirm Newton’s theory that the earth is flattened at the poles. He assisted with the planned meridian survey because he was an astronomer, and the expedition supported Newton’s opinion that the earth’s shape is an ellipsoid flattened at the poles. He backed the establishment of the ‘Royal Swedish Academy of Sciences’ in Stockholm in 1739.

His participation in the Lapland trip earned him a lot of respect in Sweden, and he was instrumental in convincing the Swedish government to give the funds needed to build a new contemporary observatory in Uppsala. He established the Uppsala Astronomical Observatory in 1741. He moved inside the newly built astronomical observatory in 1742, which was Sweden’s first modern facility of its sort.

In the same year, he presented his temperature scale to the ‘Swedish Academy of Sciences’ in a report. ‘A Dissertation on a New Method of Determining the Distance of the Sun from the Earth’ (1730) and ‘Disquisition on Observations Made in France for Determining the Shape of the Earth’ (1731) are two of his published works (1738).

He also took many geographical measurements for the Swedish General map, and was one of the first to notice that most of Scandinavia is gradually rising above sea level, a process that has been ongoing since the last ice age’s ice melted.

He was the first to argue that the aurora borealis and fluctuations in the Earth’s magnetic field are linked.  In Lapland, he argued for the measuring of a meridian’s arc, and later joined an expedition that contributed to the confirmation of Newton’s theory that the Earth is flattened at the poles.

He was the first to conduct and publish meticulous studies in order to establish a scientifically based international temperature scale. He developed a temperature scale based on the boiling and freezing temperatures of water in 1742, which was the polar opposite of the ‘Celsius’ scale.

‘Celsius,’ often known as centigrade, is a temperature scale and unit of measurement named after him.

Anders is one of the wealthiest astronomers, as well as one of the most well-known. Anders Celsius’s net worth is estimated to be $1.5 million, according to Wikipedia, Forbes, and Business Insider.