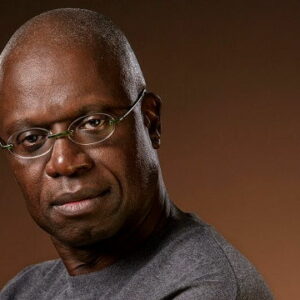 American actor Andre Braugher is best known for his performances as Detective Frank Pembleton in the television series “Homicide: Life on the Street,” Captain Raymond Holt in the television series “Brooklyn Nine-Nine,” and Owen Thoreau Jr. in the television program “Men of a Certain Age.” In addition, he has made guest appearances on numerous other TV shows, such as “Gideon’s Crossing,” “Jackie Chan Adventures,” “Hack,” “Thief,” and “Last Resort.” The Tuskegee Airmen, Murder in Mississippi, The Court-Martial of Jackie Robinson, Soldier’s Girl, Love Songs, and 10,000 Black Men Named George are just a few of the TV movies the actor has worked on to date. He has performed as a supporting actor in a number of films, including “Primal Fear,” “Glory,” “Frequency,” “City of Angels,” “The Mist,” “Poseidon,” and “Fantastic Four: Rise of the Silver Surfer.” For his performance in “Homicide: Life on the Street,” Braugher won the “NAACP Image Award” for Outstanding Lead Actor in a Drama Series. The same performance earned him both the Primetime Emmy Award for “Outstanding Lead Actor in a Drama Series” and the “Satellite Award” under the category of “Best Actor – Television Series Drama.” In addition to this, the American actor took home a Primetime Emmy and an NAACP Image Award for “Thief.” He won two Critics’ Choice Television Awards for his work in “Brooklyn Nine-Nine” as well as a Satellite Award for it.

The career of Andre Braugher

With the movie “Glory,” Andre Braugher made his film debut in 1989. He acted in the television film “Murder in Mississippi” after this. Then in 1993, he received the character of Detective Frank Pembleton in the television series “Homicide: Life on the Street,” which he continued to play through 1998. The actor also had appearances at this time in the movies “Primal Fear,” “Get on the Bus,” and “City of Angels.” Soon after, he appeared in the television films “Love Songs” and “Passing Glory.”

Braugher worked on a few TV and film projects in 2000 and 2001, including “A Better Way to Die,” “Frequency,” “Gideon’s Crossing,” and “Jackie Chan Adventures.” In 2002, he was subsequently given the role of Marcellus Washington in the TV series “Hack.” Two years later, the American actor appeared in the television shows “The Jury” and “Salem’s Lot.”

From 2006 to 2008, Braugher appeared in the movies “Fantastic Four: Rise of the Silver Surfer,” “The Mist,” and “Passengers,” as well as the television shows “Thief” and “The Andromeda Strain.” Soon after, he made guest appearances on “House” and “Men of a Certain Age.” The actor received the role of Bayard Ellis in “Law & Order: Special Victims Unit” in 2011. He started as Captain Marcus Chaplin on “Last Resort” the following year. Then, as Captain Ray Holt, Braugher joined the cast of “Brooklyn Nine-Nine” in 2013. He played Dean Fuller in the movie “The Gambler” a year later.

Floyd and Sally Braugher welcomed Andre into the world on July 1, 1962, in Chicago, Illinois, in the United States. His older siblings are number three. He completed his education at St. Ignatius College Prep before enrolling at Stanford University. He later attended in the Drama Division of the Juilliard School, where he eventually earned his degree in 1988.

In terms of his romantic history, the actor married the actress Ami Brabson in 1991. Three sons—Michael, Isaiah, and John—were born into the marriage.