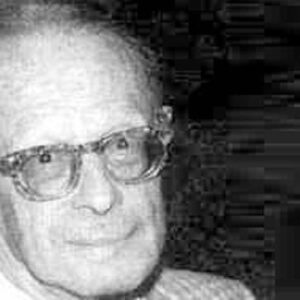 Andre Weil was a French mathematician who laid the groundwork for number theory and algebraic geometry. He was also good at languages and could read Sanskrit and many others. He was also an expert on Indian religious writings and had a lot of respect for them. He was a genius child who was interested in math from a very young age. His family was very supportive of what he was interested in, so he decided to make it his job. His research on a wide range of math topics, such as algebra, number theory, algebraic geometry, differential geometry, topology, Lie groups, and Lie algebras, shows how smart he is at math. The most important thing he did was find deep links between algebraic geometry and the theory of numbers. He also liked to travel and learn about languages. He had a lot of respect for all religions, but especially Hinduism. During his time in India, he had a spiritual awakening that stayed with him until the end of his life. He could have gone to jail for not doing his job in the French Army, but he was let out after a while. Throughout his life, he taught math at universities all over the world. He spent his whole life studying math, and he is considered one of the best and most important mathematicians of the 20th century.

He was born in Paris, France, on May 6, 1906, to the physician Bernard Bernhard Weil and his wife Salomea Reinherz. Simone Adolphine Weil, his younger sister, subsequently became a renowned philosopher.
By age 10, he had developed a strong interest in mathematics. He was also enthusiastic about traveling and learning foreign languages.

At the age of 16, he had already read the Bhagavad Gita in its original Sanskrit language.
In Rome between 1925 and 1926, he studied algebraic geometry with Italian academics.

His fellowship took him to Gottingen, Germany, where he studied the number theory of German mathematicians.
In 1928, he received his doctorate in science from the University of Paris.

His doctoral dissertation consisted of tackling a challenge raised by Henri Poincaré regarding elliptic curves.
In 1928–1929, he finished his mandatory military duty and left the reserves as a lieutenant.

From 1930 to 1932, he taught mathematics at the Aligarh Muslim University in Uttar Pradesh, India, for his first employment as a professor.

He then went to France and taught for a year at the University of Marseille. Then he became a professor at the University of Strasbourg from 1933 until 1940.
When the Second World War broke out in 1939, he was wrongly detained for espionage in Finland, when he was traveling around Scandinavia.

On his return to France in 1940, he was again arrested for failing to report for duty and was imprisoned in Le Havre and subsequently Rouen.
During his incarceration, he performed his most renowned mathematical work: he demonstrated the Riemann hypothesis for curves over finite fields.

In order to avoid a five-year term in a French prison, he volunteered to return to the army during his trial in May 1940.
In 1941, he reconnected with his wife and fled to the United States with her, where they remained until the end of World War II.

He spent the remainder of his career teaching at the Institute for Advanced Study in Princeton, New Jersey, United States.

In the 1930s, he introduced the adele ring, a rational number-based topological ring in algebraic number theory and topological algebra.

In the 1940s, he proved the Riemann hypothesis for zeta-functions of curves over finite fields, and he subsequently laid the required foundations for algebraic geometry to support this result.

In addition, he created the Weil representation, an infinite-dimensional linear representation of theta functions that provided a modern foundation for comprehending the classical theory of quadratic forms.
His work on algebraic curves has had a significant impact on numerous fields, including basic particle physics and string theory.

He married Eveline in 1937. Sylvie and Nicolette were the names of the couple’s two daughters.
He passed away on August 6, 1998, in Princeton, New Jersey, at the age of 92.

Andrew Weil is a doctor, public speaker, and author from the United States. He is worth $100 million. In June of 1942, Weil was born in Philadelphia, Pennsylvania. People have called him a “guru” in the fields of holistic health and integrated medicine.