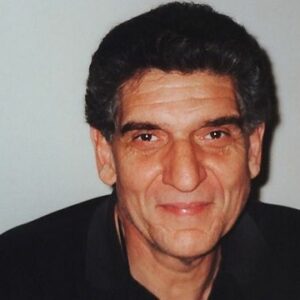 Andrew “Andreas” Katsulas was an American actor who was best known for playing bad guys and supporting characters in movies and TV shows. He never had any doubts or second thoughts about what he wanted to do with his life. When he was still in his teens, he jumped right into the professional theater world and started acting in plays. He was a very talented and interesting teenager who put his whole heart and soul into acting and theater. He showed off his acting skills all over the world, from New York’s Lincoln Center to the rough streets of Brooklyn. He also did shows for people in prisons and mental hospitals, as well as for people who worked in rock quarries in Australia and sewage treatment plants in Switzerland. Throughout his career, he was in a lot of movies and TV shows, and each time he did, he left a big impression. Even though he was a nice person and a great artist, he became addicted to smoking. He loved smoking so much that words can’t even describe it. It eventually gave him lung cancer, which led to his untimely death. He was a great actor who really loved what he did for a living. His love of acting pushed him every day to give the best performance he could.

He was born on May 18, 1946, to a Greek American family in St. Louis, Missouri, U.S.
He was interested in acting and the stage from a young age, and his mother took him to a community theater.

In 1971, he started touring with Peter Brook’s international theater company and performing improvised and planned pieces of theater everywhere from Lincoln Center to the barrios of Venezuela.
His first movie was “Série Noire,” which came out in 1979 and was about a door-to-door salesman who plans to kill someone.

In 1981, he had a small part in “Ragtime,” a movie about America in 1906 that was partly made up and also starred James Cagney. The movie was based on the same-named book and was up for eight academy awards and seven golden globes.

From 1981 to 1982, he played Lucien Goff, a mysterious one-eyed man who tries to kill Mike Bauer twice on the CBS soap opera “Guiding Light.”
In 1986, he moved to Los Angeles to try to get bigger and better parts on TV and in movies.

In 1988, he was in the HBO TV movie “Steal the Sky,” which was based on the true story of an Iraqi pilot named Munir Redfa who flew a MiG-21 fighter jet from Iraq to Israel in 1966.
In the American action movie “Next of Kin,” which came out in 1989, he was in it with Patrick Swayze and Adam Baldwin. The movie did very well at the box office.

On the TV show “Star Trek: The Next Generation,” he played the character of Romulan Commander Tomalak, who showed up often, from 1989 to 1994.

In the British-American comedy film “Blame It on the Bellboy,” which came out in 1992, he played a Mafioso named “Mr. Scarpa.” It’s about a mix-up between three people whose last names sound alike and who are staying at the same hotel.

In the movie “The Fugitive,” which came out in 1993, he played a serial killer with Harrison Ford and Tommy Lee Jones.
From 1994 to 1998, he played the role of Ambassador G’Kar on the TV show Babylon 5.

In the 2002 TV movie Babylon 5: The Legend of the Rangers: To Live and Die in Starlight, he played Ambassador G’Kar again.
In the 2003 episode of “Star Trek: Enterprise” called “Cogenitor,” he also played the role of “Vissian Captain Drennik.” It was one of the last times he was seen on TV before he died.

He is best known for playing Ambassador G’Kar on the popular science fiction TV show Babylon 5. The series takes place between the years 2257 and 2262 and shows a future in which there are sovereign states on Earth and a single government for the whole planet.

His best-known movie role is as Sykes, a murderer with only one arm, in the 1993 thriller “The Fugitive,” which was based on the classic TV show of the same name. The movie was a worldwide hit right away, and its storyline was praised by critics.

He had two wives. He got married to Gilla Nissan Kastulas for the second time. He already had two kids from his first marriage, Michael and Katherine.

He smoked a lot, and in early 2005, he was told he had lung cancer that could not be cured.
He died of lung cancer on February 13, 2006, in Los Angeles, California, U.S. He was 59 years old. His body was laid to rest in the St. Matthew Cemetery in St. Louis, Missouri.

Andreas Katsulas had a net worth of $1.5 million.